Voters urged to go beyond soundbites in high-stakes PH elections MANILA, Philippines – With so much riding on the 2022 Philippine elections, advocates urged voters to go beyond “soundbites” or the persuasive promises of candidates, and instead put in the work to assess their track record.

This was among the overwhelming sentiments shared by representatives of civil society groups in the ninth episode of MovePH’s “#CourageON: Tumindig, makialam, kumilos” community show.

Joseph Purugganan, electoral task force member of iDEFEND, said that checking candidates’ advocacies and past work will help inform voters as to whether candidates are merely echoing empty promises to woo them. And even when candidates have the track record to back up their proposed platforms, voters must remember that choosing good leaders is just the beginning.

“I think subjecting the candidates and their programs to greater scrutiny and holding them accountable is something we should view as a continuing process. In fact, demands should be further amplified after the elections,” Purugganan said during the community show.

Emphasizing the crucial role that voters play in the elections, representatives of civil society groups called on Filipinos to make it clear to candidates which issues and advocacies matter to them the most.

(The most important character in the narrative of the upcoming elections is the voter. That’s where the “make-or-break” belief stems from: If we can hold our previous leaders accountable, and if voters will act not only during the elections but most crucially after.)

This, he added, will push candidates to ensure their platforms reflect people’s needs, instead of voters making do with their agenda.

This is especially important during what the panelists of the #CourageON community show called a high-stakes, “do-or-die” elections. 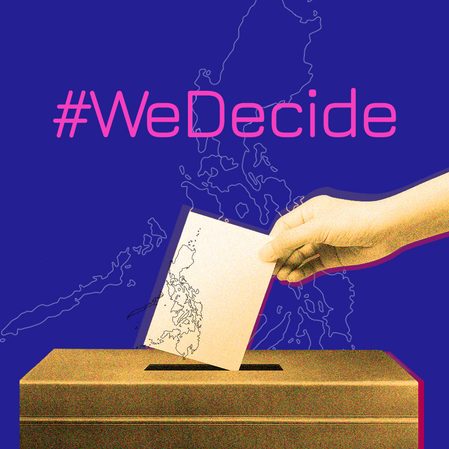 (Since the restoration of democracy in 1986, this is the election that the stakes are highest. [It was during this term] where human rights were set aside, sovereignty was disregarded, and many institutions were further weakened. If we don’t set this right in the upcoming elections, we will have 6 more years of that.)

She said this is why the leaders we choose are so important as they will be leading the rebuilding of those institutions and reasserting Filipinos’ rights. This means the candidates we choose must reflect the principles and governance we want for the country.

Dulce added our choice in leaders will also spell the future of our environment, especially after a report of the Intergovernmental Panel on Climate Change showed the world has only less than 10 years to act on the climate crisis.

Philippines has been identified by as among the countries that is most vulnerable to climate change. This is why Dulce argued that it is important to look at what candidates will do for climate justice.

How can voters know major issues are covered by candidates’ platforms?

Representatives of civil society shared that people’s agenda led by advocacy and civil society groups are good starting points. During the ninth episode of the community show, the #CourageON: No Lockdown on Rights coalition shared a sneak peek into its 5-point agenda named #AtinAngPilipinas which can be a helpful framework for voters to assess voters’ platforms.

This covers priority issues listed under 5 pillars: health and pandemic response, livelihood and economy, education, environment and climate change, and peace and security.

Dulce said people’s agenda like #CourageON coalition’s #AtinAngPilipinas can guide not only voters but also politicians in ensuring their platforms are worthwhile.

(It’s so important to hold candidates accountable with the people’s agenda because this is one testament that the community worked together to find points of unity.)

Aside from checking people’s agendas, there are also other suggestions listed by MovePH here that can help guide voters on going beyond just voting.

The ninth episode of the #CourageON community show was organized by Rappler’s civic engagement arm MovePH in partnership with Friedrich Naumann Foundation for Freedom. It premiered on November 27. – Rappler.com

Who are vying for local seats? Help report COC filing from your province