PCUP chair Ridon: We served ‘with integrity and competence’

Dec 12, 2017 1:46 PM PHT
Patty Pasion
Facebook Twitter Copy URL
Copied
(UPDATED) 'We performed our mandate to the best of our abilities, with integrity and competence, despite the heavy burden of undertaking genuine reform,' says Presidential Commission on the Urban Poor chair Terry Ridon 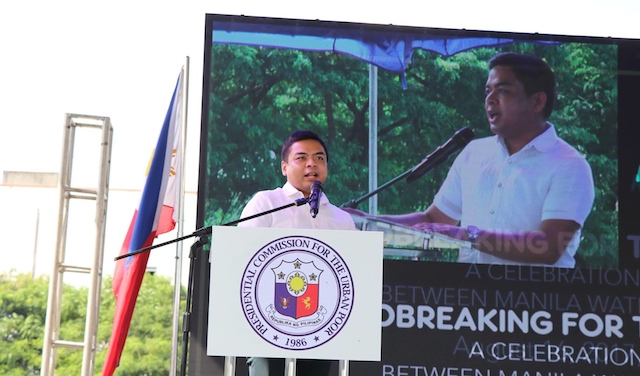 MANILA, Philippines (UPDATED) –  Presidential Commission on the Urban Poor Chairman Terry Ridon said that he and his fellow PCUP officials have served “with integrity and competence,” after Malacañang announced that they would be sacked for alleged irregularities.

Ridon issued the statement on Tuesday, December 12, shortly after Presidential Spokesperson Harry Roque announced that President Rodrigo Duterte would fire all PCUP commissioners as part of the Chief Executive’s bid to rid government of “corrupt” officials.

“We performed our mandate to the best of our abilities, with integrity and competence, despite the heavy burden of undertaking genuine reform,” said Ridon, who only learned about the President’s decision from Roque.

On behalf of the PCUP commissioners, Ridon thanked the President for the “opportunity to serve the nation.” The other commissioners are Melissa Aradanas, Manuel Serra Jr, Noe Indonto, and Joan Lagunda.

Ridon also said that during their watch, the PCUP delivered on the promise of not demolishing informal settler communities without relocation.

“The public record of the agency can speak for itself: we had implemented with full integrity the presidential promise of no demolition without relocation,” Ridon said in a text message sent to Rappler.

“We had represented government and given voice to the urban poor in international conferences on public housing, poverty alleviation and climate change, which was unprecedented in any administration,” he added.

The PCUP was established through the late President Corazon Aquino’s Executive Order 82 issued in December 1986. The PCUP is mandated to formulate policies and implement programs specific to the issued of the urban poor.

Urban poor organization Kadamay criticized Ridon’s removal as chairperson, arguing that his leadership has made “positive steps in recognizing the need for mass housing.”

“Kadamay recognizes that the commission under Ridon could have done much more to uphold the rights of the urban poor, not just to shelter but to life. Many excessive and violent demolitions still occurred across the nation while the commission backed down,” the group said in a statement.

“[But] taking out officials sympathetic to the plight of the underprivileged will only aggravate these problems,” it added.

It also raised that Ridon’s removal from the PCUP coincides with the implementation of the administration’s “Build Build Build” program that they fear would lead to the demolition of informal settlers’ houses.

Ridon a former Kabataan representative in Congress, and Kadamay are both aligned with the Left.  – Rappler.com