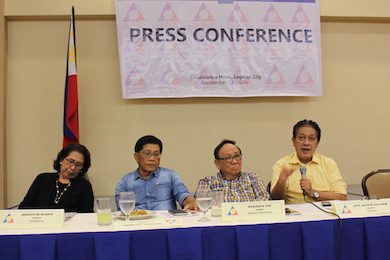 LEGAZPI CITY, Albay – The Department of Labor and Employment (DOLE) has implemented a P30-increase in the daily wage of workers in Bicol, which had the highest inflation rate among regions in August.

“The prevailing socio-economic conditions of the region as well as the viability of various business were among those considered by the board in coming up with the amount,” said said DOLE-Bicol director Alvin Villamor, chair of the Regional Tripartite Wage and Productivity Board in Regon 5.

Bicol has highest inflation rate among regions at 9% in August, when the country’s  inflation rose to a 9-year-high of 6.4%. (READ: Gov’t ‘did little or nothing’ to stop 6.4% August inflation)

The wage increase in Bicol will be given in two tranches.Villamor said that first tranche of P15 will be given upon the effectivity of the order on September 21, 2018,  covering all establishments regardless of number of workers.

The second tranche of P5 and P15 for those employing at least 10 workers and those with less than 10 workers, respectively, will be given on  May 1, 2019.

Villanor said the wage increase followed a series of consultations and public hearings of the RTWPB-5, after the National Wages and Productivity Commission (NWPC) affirmed Wage Order No. RBV-19.

Under Wage Order RBV-19, the wage rate per day shall apply to all minimum wage earners in the private sector in Bicol regardless of their position, designation, status of employment, and method of payment.

Villamor said labor officials “encourage those establishments in the wholesale and retail trade, construction industry to come up with productivity-based pay schemes that will allow for higher performance/ productivity of the enterprise and income among its workers.”

The wage order excludes kasambahays or domestic workers covered by Batas Kasambahay (RA 10361), persons in the personal service of another, and workers of duly registered barangay micro-business enterprises.

Joy Blanco, Department of Trade and Industry Bicol director said that the 9% inflation rate in Bicol is a “wakeup call”

“If we can produce more food, we can counter the inflation rate. So this is a wakeup call. Agriculture is now in the hands of the local government units, the LGUs, because of devolution,” Blanco said.

She said DTI-Bicol is also on guard against traders who may take advantage of the situation.

“Bicol should be prioritized in the release of P2,400-unconditional cash transfer,” Salceda said in a statement.

“The National Food Authority should release more cheap imported rice. But during the harvest season starting October 15, it should intensify local purchasing to protect rice farmers,” he said.

Salceda also urged the Department of Energy to also provide fuel vouchers for small fishermen to subsidize fishing activities and increase fish output. At present the vouchers are only given to the public transport sector.