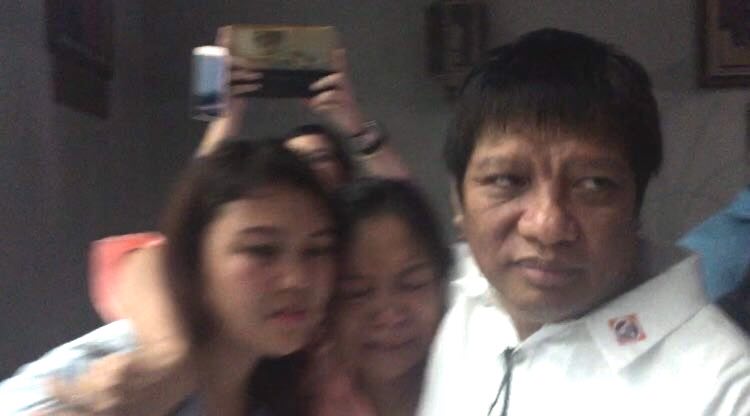 “Pursuant to Article 100 of the Revised Penal Code, accused are held solidarily and jointly liable to return to the National Treasury the amount of P124,500,000.00,” read the verdict.

Will Revilla be required to pay part of the amount as well? The decision does not categorically state who are liable, and the 5th division does not want to go beyond the text of the decision.

But according to Revilla’s lawyer Rean Balisi, the former senator should not be required to pay based on Article 100 of the Revised Penal Code.

Article 100 states that “every person criminally liable for a felony is also civilly liable.” Revilla was acquitted of the criminal charge of plunder, and therefore, according to Balisi, not civilly liable.

This clarifies an earlier statement by Revilla’s other lawyer Ramon Esguerra who told reporters right after the hearing: “There is a part of the judgment ordering all the 3 accused, including the senator, to return P124 million more or less. Of course that will be the subject of a motion for reconsideration.”

A copy of the full decision has not been released as of writing.

Ombudsman prosecutors hoped to prove that the money went to Revilla by way of an explosive Anti-Money Laundering Council (AMLC) report which says the details found on Luy’s records matched those of deposits to Revilla accounts.

A witness from two banks also testified that there were daily deposits that exceeded P500,000, which later became subject of a suspicious transaction report, and that some of the accounts were closed in 2013 after the scandal broke.

“For failure of the prosecution to establish beyond reasonable doubt that accused Ramon ‘Bong’ Revilla Jr received, directly or indirectly the rebates, commissions, and kickbacks from his PDAF, the court cannot hold him liable for the crime of plunder,” said the decision penned by Associate Justice Geraldine Faith Econg.

“It is an unpopular decision. I would have loved to be a heroine, that I convicted him, but at the end of the day we are bound by evidence,” Econg told reporters afterwards.

In the dissenting opinion of Associate Justice Ma Theresa Dolores Gomez-Estoesta, the justice said Revilla must pay a share.

“It did not extricate Senator Revilla from civil liability found for all accused in the recomputed amount of P124.5 million which they should answer for in a joint and several capacity,” Estoesta said.

This is the reason why Estoesta said Revilla must also have criminal liability.

“It only goes to say, therefore, that since all 3 accused were made to answer for the same civil liability, the source of the accumulation of wealth as found in the criminal liability should also be the same,” Estoesta explained.

The court said parties can file a motion for clarification.

During the promulgation, other justices of the Sandiganbayan came to watch in the gallery, including Associate Justices Rafael Lagos, Michael Frederick Musngi, Kevin Vivero, Reynaldo Cruz, and Maria Theresa Mendoza-Arcega.

Revilla immediately paid bail for his still-pending 16 counts of graft. He was returned to Camp Crame while waiting for a release order from the court.

Revilla’s wife Lani Mercado said she talked to Cambe, who could only console relatives who were crying and hugging him after the conviction.

“I’m sad for his decision but we will still be there for him,” she said, adding that they will help him appeal.

WATCH: Cambe refuses to make a statement after being convicted of plunder pic.twitter.com/M08MUJU4S9