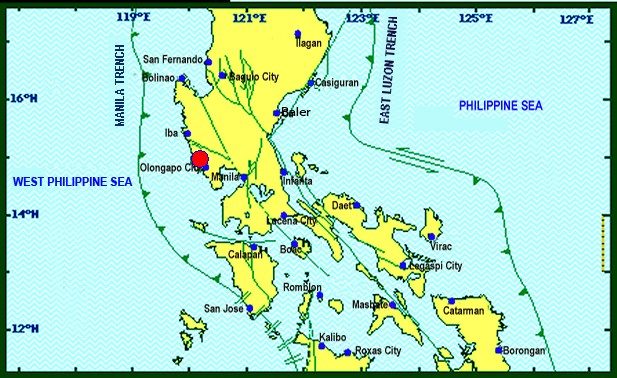 MANILA, Philippines (6th UPDATE) – A magnitude 6.1 earthquake rocked parts of Luzon at 5:11 pm on Monday, April 22, leaving at least 9 people dead in the province of Pampanga.

In a bulletin, Phivolcs said the epicenter of the earthquake was located in Castillejos, Zambales.

Damage and aftershocks were recorded in parts of Luzon. But Phivolcs Director Renato Solidum said there is no danger of a tsunami.