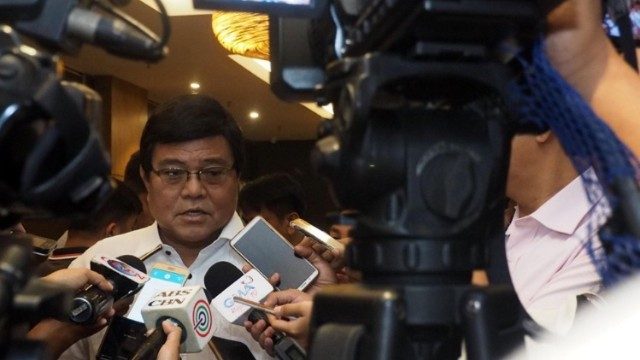 CEBU CITY, Philippines – Less than 30 days after the Department of Interior and Local Government (DILG) issued its deadline for mayors to clear roads of obstructions, it looks like Cebu City has been making significant progress in cleaning up its streets.

While some mayors are basking in the spotlight of intense media coverage for cleaning up its sidewalks, Labella – a first-time city chief –  spent the first 60 days of his administration focusing on declogging waterways in addition to obstructed roads in Cebu City.

Labella emphasized the importance of cleaning up clogged waterways and said that barangay captains will be suspended for dirty creeks and rivers in their areas.

On August 17, 70 metric tons of garbage were collected from the Guadalupe River after a massive cleanup drive.

Clogged waterways are often blamed for the perennial flooding in Cebu City. The first-time mayor said that he would be strict in holding barangay captains accountable.

Labella said captains would first be given warnings, but could be suspended for failing to keep their waterways clean.

Labella reminded the public that “the Office of the Mayor has administrative authority over all barangay officials.”

“It’s a tough job to do but we have to do it,” he was quoted in a report in The Freeman.

He told reporters it was important for the city to not only clean their areas but to also “sustain” environmental improvement efforts.

The city’s next cleaning efforts scheduled in September will focus on the Mahiga Creek, which runs from Barangay Mabolo in Cebu City to Barangay Subangdaku in neighboring Mandaue City.

Labella said that residents caught dumping garbage into the rivers would be fined from P1,000 to P50,000.

Since Labella took office, there has been a reduction in the number of street vendors in downtown Cebu City, where most hawkers sell their goods.

To comply with the directive of President Rodrigo Duterte, the Cebu City government began clearing its roads on July 1.

Only 100 vendors were allowed to remain, from a previous high of 300.

The city’s PROBE (Public Restoration, Order Beautification, and Enhancement) team is in charge of implementing the clearing orders.

PROBE set two requirements for vendors to be given permits. These are, they had to be residents of Cebu City and must be members of vendors alliance “Gugmang Alyansa Sumbanan sa Asenso” (GASA).

Vendors who remained must comply with stricter guidelines like only selling within parameters set where PROBE allowed them to set up.

According to a Cebu Daily News report, they are also not allowed to use large umbrellas and flammable materials like liquefied petroleum gas for cooking.

For vendors who were not permitted to set up along Colon street, PROBE’s head Raquel Arce told reporters that the city would be putting up a building for them.

On Thursday, August 22, Labella said that he would be address the worsening traffic situation in the city by calling a summit of Cebu leaders and stakeholders. This was scheduled for September 20.