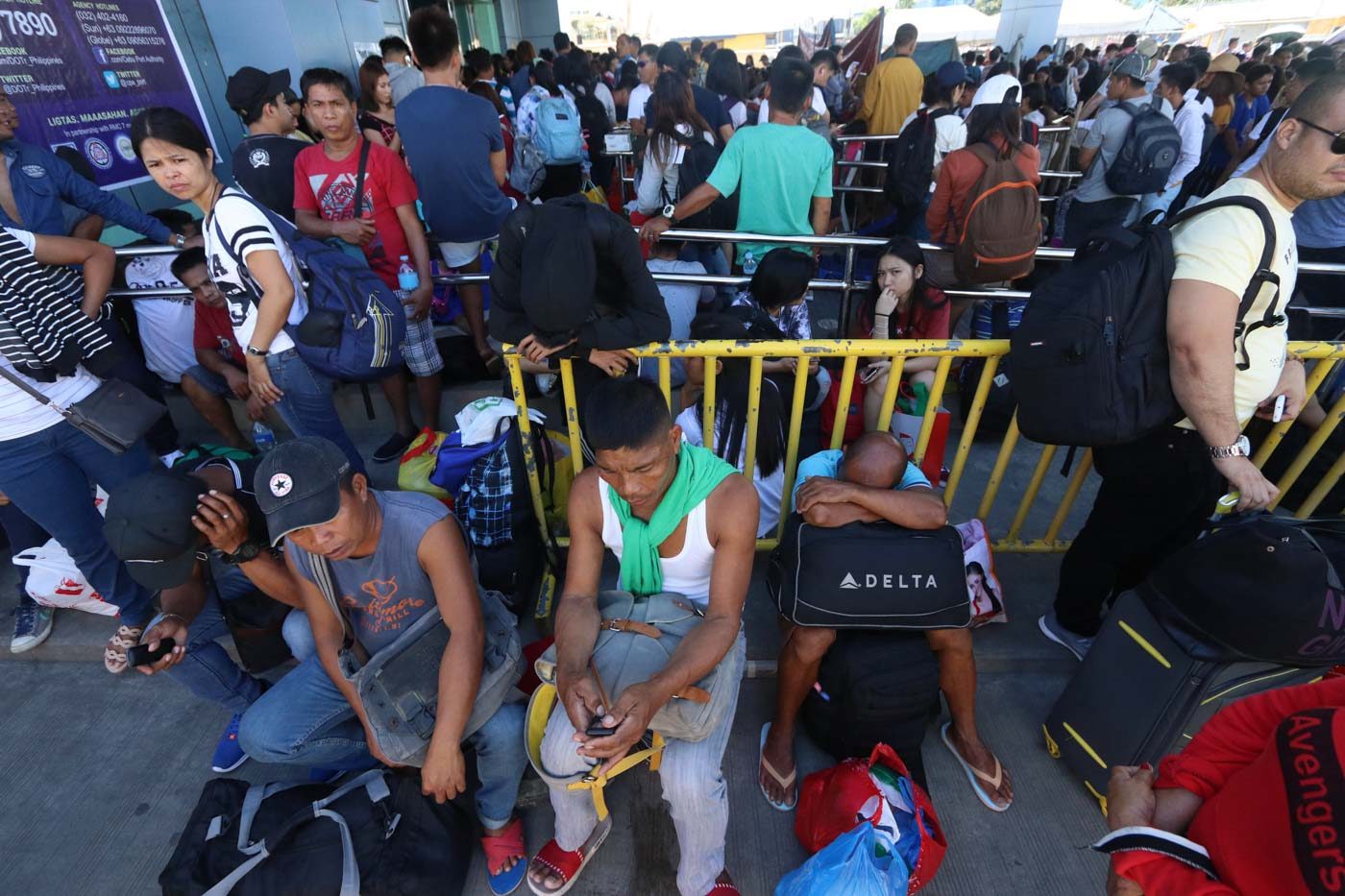 CEBU CITY, Philippines (UPDATED) – Over 23,000 passengers are stranded on Christmas Eve Tuesday, December 24, due to the suspension of sea travel.

Ursula (Phanfone) strengthened from a severe tropical storm into a typhoon early earlier and had made landfall over Eastern Samar at about 4:45 pm. (READ: Typhoon Ursula makes landfall in Eastern Samar)

Thousands who work and go to school in Cebu City, an economic center of the Visayas, were stranded as they were attempting to head home to surrounding provinces on Monday, December 23. (READ: 2 days before Christmas, sea travel suspended in Visayas areas threatened by Ursula)

Encinas said the operator of the motor banca was detained for violating the coast guard’s memo.

Sea trips were suspended at 1:30 pm on December 24 after the weather bureau placed the province of Aklan under signal No. 2.

Passengers stranded in Caticlan port were advised to return to Kalibo or stay at nearby inns or hotels in Caticlan.

As of 4 pm about 600 passengers were stranded in Cagban jetty port in Boracay Island.