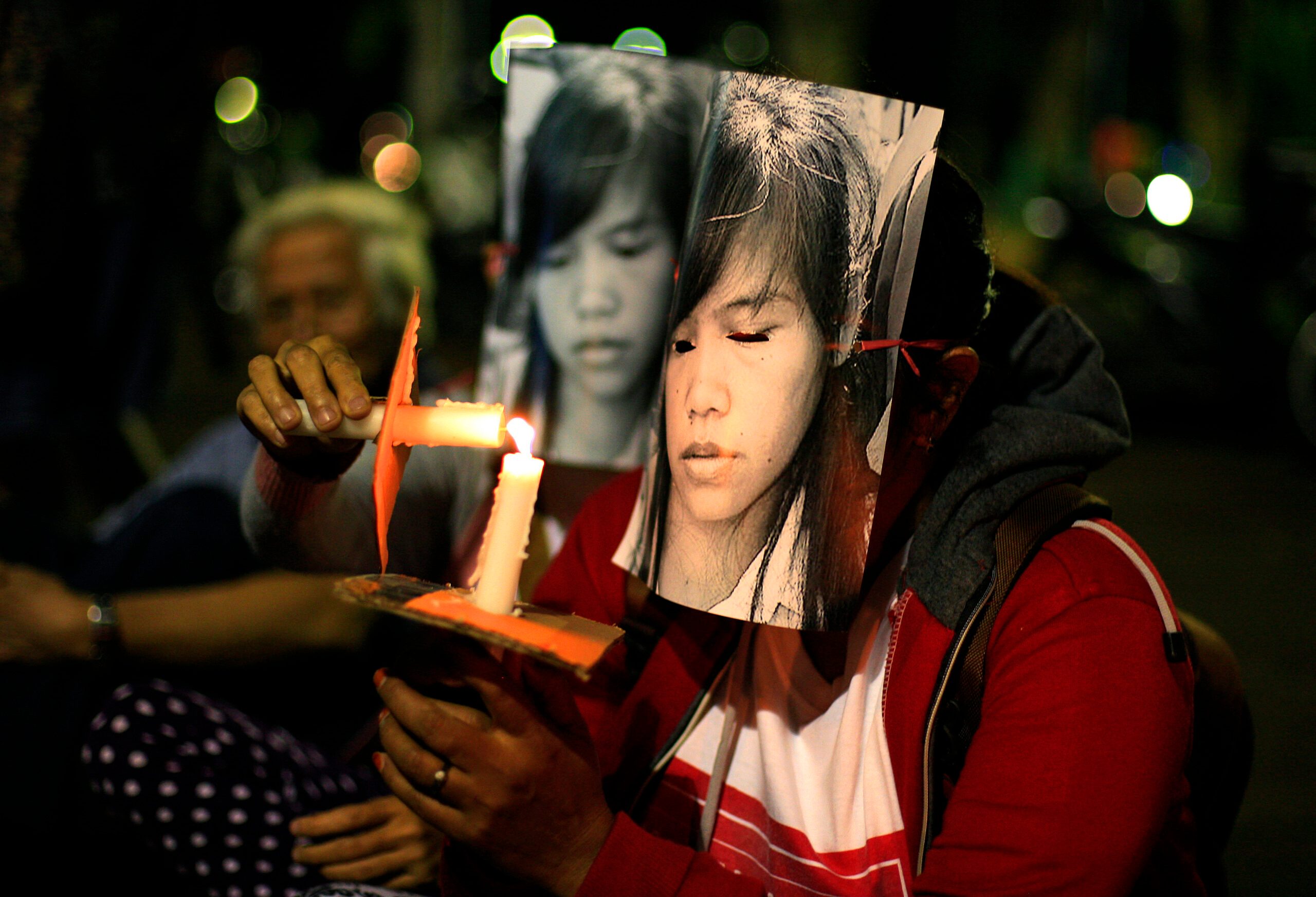 MANILA, Philippines – “We are relieved that the execution of Mary Jane Veloso was not carried out tonight. The Lord has answered our prayers.”

With these words, Philippine Department of Foreign Affairs (DFA) spokesman Charles Jose led a jubilant country at around 2:30 am on Wednesday, April 29, after Indonesia decided to hold Veloso’s execution.

Veloso, a 30-year-old single mother of two, was supposed to be killed by firing squad at about 1 am Wednesday, Manila time. Indonesia spared Veloso unlike 8 other drug convicts on death row.

Indonesian Attorney General HM Prasetyo said: “Yes, delayed because there was a last-minute plea from the Philippine president. There was someone who surrendered today. She claimed she was the one who recruited Mary Jane.”

“Totoo ang sinabi mo, anak, na ‘pag gusto kang buhayin ng Panginoon, kahit isang hibla o isang minuto lang, bubuhayin ka,” Mrs Veloso said in an interview on Philippine radio station dzMM. (What you said is true, my daughter, that if the Lord wants to make you live, even by a strand of hair or by a minute, He will make you live.)

Mrs Veloso was on her way to Jakarta, Indonesia, to receive what was supposed to be her daughter’s remains.

“We are happy because we got this victory,” said Renato Reyes, one of the Philippines’ most prominent activists, after receiving this news on Wednesday.

“The call now here is to bring Mary Jane home, reunited with her family because she’s the victim,” Reyes said.

Reyes recalled the Veloso’s supporters “were prepared for the worst case.”

He said: “Up to the last moment, we were appealing, we were hoping. We are just relieved. We are happy that it ended up this way.” – with reports from Jet Damazo Santos in Indonesia and Zak Yuson/Rappler.com