After being tagged as communists by President Rodrigo Duterte himself, leftist lawmakers Carlos Zarate and Sarah Elago have decided to stop attending the Senate’s hearing on the government’s red-tagging practices.

In a letter to Senate defense committee chair Panfilo “Ping” Lacson dated Monday, November 30, Bayan Muna Representative Zarate said he and Elago of Kabataan will no longer be participating when the chamber resumes its red-tagging probe on Tuesday, December 1.

“The undersigned and Rep. Sarah Elago (Kabataan Partylist) have decided to excuse ourselves from participating further in the December 1 hearing.  With your kind indulgence, we submit that we have already presented and made clear our position on the subject of red-tagging and terrorist tagging that the Senate is investigating,” Zarate said.

He said Makabayan lawmakers now need to focus on their legislative duties since the 18th Congress will soon go on a holiday break.

Officers of the Koalisyong Makabayan, led by their chairman and former Bayan Muna congressman Neri Colmenares, will still be attending the Senate hearing.

Still, Zarate said the Senate panel has been “reduced to a venue for witch-hunting” by the National Task Force to End Local Communist Armed Conflict (NTF-ELCAC).

“Instead of looking at the deadly effects of red-tagging and terrorist-tagging especially on its victims, the Senate hearings are being used by the NTF-ELCAC as a platform to further vilify us with sweeping and baseless accusations, false statements, and malicious innuendos,” said Zarate.

“The Senate hearing has been reduced to a venue for witch-hunting. We hope that this travesty will no longer be allowed and will be stopped,” he added.

Zarate penned the letter on the same day Duterte railed against progressive groups represented in the House and accused them of hatching a “grand conspiracy” against him. But he later clarified with Rappler that he and Elago finalized their decision not to attend the Senate hearing even before the President’s speech aired, and was “not prompted because he bad-mouthed us.” 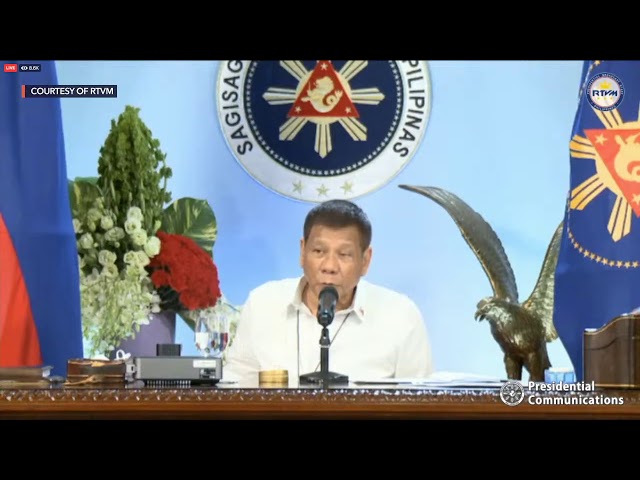 The President claimed they were all “legal fronts” of the Communist Party of the Philippines (CPP) and are “co-conspirators” of its armed wing, the New People’s Army (NPA). Duterte even insulted Zarate and said he looked like dog shit.

But Zarate and the rest of the Makabayan bloc have vehemently denied being communist rebels in the past.

In a November 24 Senate hearing, the Bayan Muna congressman said he is not a member of the CPP nor the NPA. He also denied his party-list group was created or is being controlled by the CPP.

The Senate’s red-tagging hearing on Tuesday comes days after Bayan Muna Representative Eufemia Cullamat’s daughter Jevilyn – whom soldiers said was a medic for the NPA – was killed in an encounter with the military in Marihatag town, Surigao del Sur.

Cullamat said her daughter may have joined the NPA after seeing the abuses of the military firsthand.

Her allies in the Makabayan bloc have since slammed the military for using photos of Jevilyn’s as a “trophy for propaganda purposes,” though the Armed Forces of the Philippines later denied this. – Rappler.com