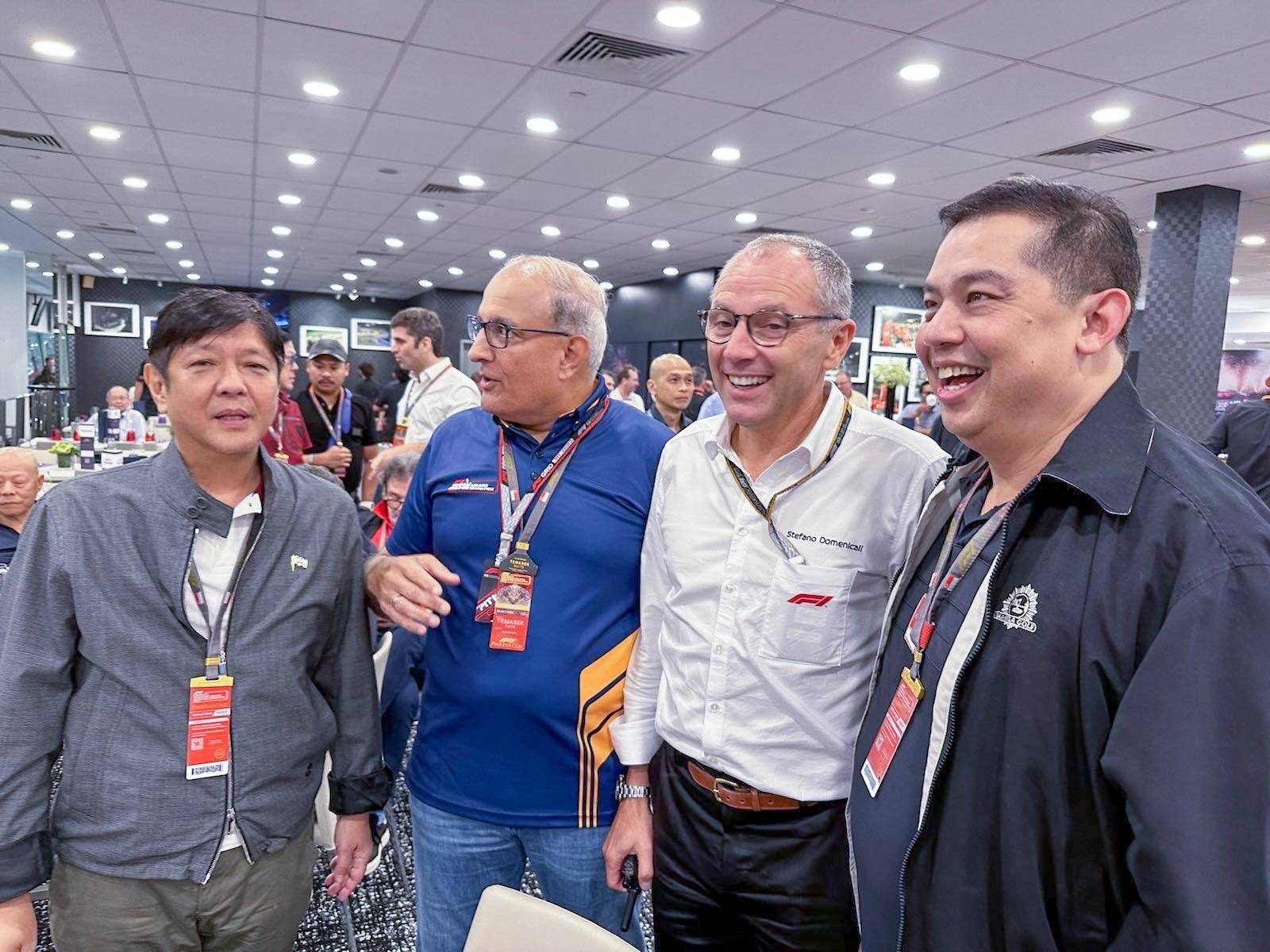 GRAND PRIX TRIP. President Marcos flies to Singapore to watch the reopening of the Grand Prix. In this photo, he's joined by his cousin House Speaker Martin Romualdez (right).

Bersamin made the clarification after Senate Minority Leader Aquilino “Koko” Pimentel III brought up the issue during the budget hearing for the Office of the President (OP) and the Presidential Management Staff (PMS) on Wednesday.

“The President most likely saw an opportunity for him to expand on the goodwill that he generated when he made the official state visit…. The visit then was partly official, partly personal,” Bersamin said, noting that Marcos made the “semi-official visit” upon the invitation of Singapore Prime Minister Lee Hsien Loong.

Bersamin said some expenses had been paid from public coffers, but that it was “impossible” to distinguish which items had been charged to the government or covered by the Marcos family.

(We have an obligation wherein wherever the President goes, whether he’s with his family or not, he remains President. So the government is still mandated to take care of him and secure him.)

Pimentel pointed out that the visit “looks like it was an official engagement,” since it was made upon the invitation of Singapore Prime Minister Lee Hsien Loong, but said he understood the need to keep details secret prior to the trip for security reasons. He added that OP expenses for the trip would be subjected to audit anyway.

Bersamin had earlier defended Marcos from criticism over the trip, which was done a week after Super Typhoon Karding ravaged parts of the country.

Bersamin had told reporters on October 4 that Palace officials “had no direct knowledge of how the trip was funded, but I am sure if that was the trip of the President, you don’t need to be too particular about where the funds are sourced because he was still performing his role as president when he was abroad although that was not an official state visit.” 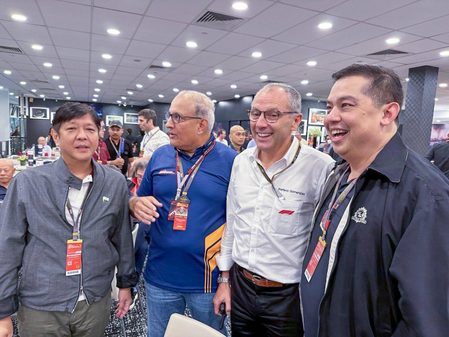 Malacañang also defended its P4.5-billion confidential and intelligence funds for President in 2023, which is half of the P8.97 billion budget for the Office of the President.

Senior Deputy Executive Secretary Hubert Guevara said during the hearing that the confidential and intelligence funds “are much needed” to pursue Malacañang’s plans and programs. Bersamin added that they just copied the level of confidential funds of the Duterte administration in 2022.

“In a post-pandemic world, we would need a higher response or to be more responsive to requirements of international and domestic security,” Bersamin said, noting that the confidential funds provide flexibility to the OP.

The Senate committee on Finance ended the hearing after more than one and a half hour, against the practice of approving the OP budget allocation within minutes out of parliamentary courtesy. – Rappler.com