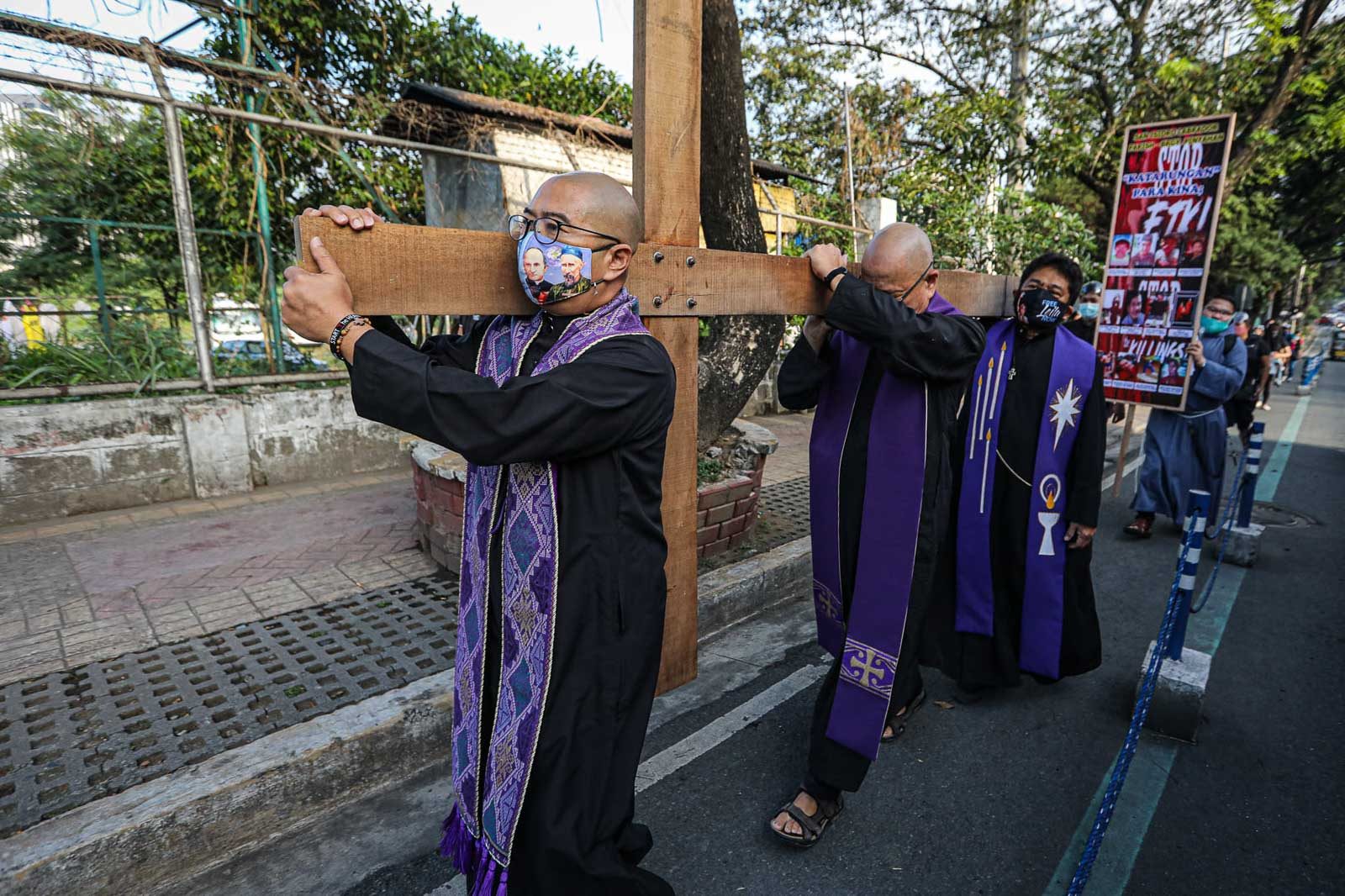 CHURCH ACTIVISM. Families and friends of victims of extrajudicial killings join the Way of the Cross at the San Isidro Labrador Parish in Quezon City on February 24, 2021.

Facebook Twitter Copy URL
Copied
'Defending is just a first step. Deepening is a different story, and that is the challenge to our church these days,' says political analyst Arjan Aguirre

After defending democracy in EDSA exactly 35 years ago, the Catholic Church now needs to help deepen the Philippines’ gains from the People Power Revolution of 1986, an expert said.

“Defending is just a first step. Deepening is a different story, and that is the challenge to our church these days,” said Arjan Aguirre, political science professor from Ateneo de Manila University, in an online forum titled “Usap-Usapang Kalayaan: Conversations on Freedom” on Wednesday, February 24.

Aguirre said the church needs to be with the marginalized and mobilize people and institutions as it did in 1986.

“The restoration of democracy did not happen in 1986 because it is still ongoing, and the church is still needed. That’s why for 2022, we need to be with the church, with the parishes, with the religious leaders,” Aguirre added.

Aguirre also emphasized the influence of the church as it championed the principle of social justice. “Social justice is for the weak and the church has been a major player in mainstreaming this attitude, this political disposition, and it has influenced so many people,” he said.

This can be seen in how the Catholic Church has been very vocal on different political and social issues, denouncing the Duterte government’s war on drugs, the hero’s burial for the late dictator Ferdinand Marcos, and the passage of the controversial anti-terror law. In the same forum, sociologist of religion Jayeel Cornelio said Christian churches need to come up with a prophetic narrative that echoes their true identity.

“To be prophetic is to be countercultural. We are going to raise suspicion especially among those whose powers are being threatened by our mere presence,” said Cornelio, director of Ateneo’s Development Studies Program.

“Speak on the most pressing issues and be brave,” Cornelio added. “This is not the time to shirk.” – Rappler.com

[OPINION] Can someone point this old guy to the revolution?