POLL CHIEF. Then-Comelec commissioner George Garcia during the start of the local absentee voting at the Comelec office in Intramuros, Manila, on April 27, 2022.

MANILA, Philippines – The House suffrage panel approved a motion seeking to postpone the December 2022 barangay and Sangguniang Kabataan (SK) elections to December 2023, even after the Commission on Elections (Comelec) warned that doing so would lead to additional costs. 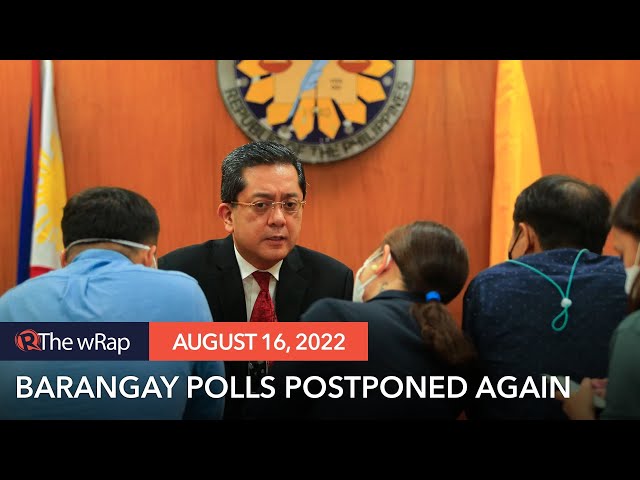 Facing the House suffrage panel on Tuesday, August 16, Comelec Chairman George Garcia explained that if the polls do not push through by year-end, the poll body would have to resume the continuing voter registration by October, resulting in the need for a bigger budget and more voting materials.

“We have P8.449-billion [budget] right now. If we are going to postpone the elections and increase the honorarium of poll watchers, on the assumption that Congress will be kind enough to increase the honorarium, plus the expenses for the continuing voter registration and such other additional [expenses], we need another P5 billion,” Garcia said.

“We in the Comelec will just abide by the mandate of Congress and the executive as far as postponing the elections is concerned, whether May 2023 or December 2023. Just not 2024 because by that time, we will be preparing for the 2025 elections,” he added. 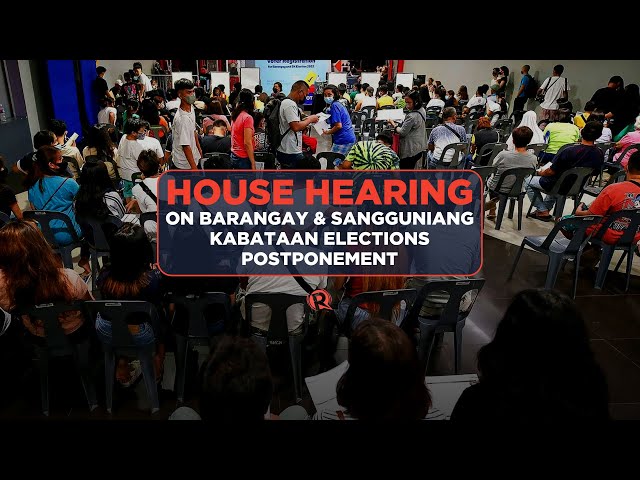 Thirty-eight bills have been filed seeking to defer the conduct of the polls originally scheduled on December 5, due to a number of reasons, the most common of which are:

After Garcia’s explanation about the financial obstacles that would arise should the barangay polls be postponed, some lawmakers raised concerns over the additional expenses that would emerge.

“Based on the explanation of the proponents, some of them were mentioning we would be able to save money. Basically, we won’t,” Quezon City 3rd District Representative Franz Pumaren said.

“We should not always say that if we postpone the elections, we would save the money, or the P8 billion could help gear up the economy, especially since we are just recovering from the pandemic,” Quezon City 6th District Representative Marivic Co-Pilar also said. “If we postpone, not too long.”

Other congressmen, however, were undeterred by the additional costs.

“On the issue of savings, we really would not be able to save. We can use this as a quick fix, we need more funds to fight the pandemic,” House Deputy Speaker and Pampanga 3rd District Representative Aurelio Gonzales said.

“If it is postponed, [let’s ask] how much the government would earn if we reallocate the P8-billion budget,” Quezon City 4th District Representative Marvin Rillo argued. “It’s a bit premature to say we would lose P5 billion. You look at the bigger picture.”

“When elections are postponed, the right of the people to accept or reject their leaders is also postponed. The pandemic highlighted the role of the barangay. The elections would be a good opportunity for people to reward high-performing barangay officials,” Lente policy consultant Carlo Africa said. Kabataan Representative Raoul Manuel and ACT Teachers Representative France Castro were the only lawmakers to vote against the committee motion to move the barangay and youth council polls to the first Monday of December 2023. Twelve others voted in favor of postponement.

“Since the terms of office of the barangay and SK officials are already over, it’s as if we are the ones appointing them. We overstep the principle of making people choose for their representatives,” Castro said.

The Philippines has had a recent history of postponing the barangay and SK elections repeatedly.

The October 2016 polls were first moved to October 2017, then deferred again to May 2018, when it finally pushed through.

The subsequent barangay elections should have been held in May 2020, but in December 2019, then-president Rodrigo Duterte signed a measure postponing the elections to December 5, 2022. Senator Imee Marcos, who sponsored the bill in the upper chamber, had said the move would save the government some P5.7 billion. – Rappler.com

All quotes in Filipino were translated to English.