ANOTHER VOTE. An applicant fills out her voter registration form outside the Comelec office in Arroceros, Manila on July 4, 2022, ahead of the barangay and Sangguniang Kabataan elections in December.

Facebook Twitter Copy URL
Copied
Lawmakers have filed bills seeking to reschedule the December 2022 barangay elections, citing a number of reasons – from using the poll budget for pandemic response to 'allowing' the country to heal after the divisive May 9 vote

“We are united in opposing the postponement of the barangay and Sangguniang Kabataan elections (BSKE) scheduled on December 5,” Lente’s executive director Ona Caritos said on Thursday, July 21.

The three groups’ stand came amid proposals by some lawmakers to defer the conduct of the local polls set for yearend, so that the budget allotted for it could be tapped for the country’s coronavirus response.

But poll observers said delaying the BSKE anew would be a violation of the Filipinos’ right of suffrage, among other things.

The repeated postponement of the BSKE was yet another unfortunate legacy of the Duterte administration.

The October 2016 BSKE was first moved to October 2017, then deferred again to May 2018, when it finally pushed through.

The subsequent barangay elections should have been held in May 2020, but in December 2019, Duterte signed yet again another measure postponing the elections to December 5, 2022. Senator Imee Marcos, who sponsored the bill in the upper chamber, had said the move would save the government some P5.7 billion.

Below is a timeline of crucial events on the multiple deferments of the barangay and Sangguniang Kabataan elections.

The ascent to Malacañang of a new Philippine president did not shut down calls to delay the conduct of the barangay and Sangguniang Kabataan elections, and instead found more support in Congress.

This, even as President Ferdinand Marcos Jr. has yet to make public his stance on whether he will support postponement calls.

After all, the President’s cousin, incoming House speaker Martin Romualdez, said the 19th Congress will prioritize passing a bill that would postpone the December barangay elections. The P8-billion budget for it, he explained, could be used instead to further fund the country’s COVID-19 response.

Another common argument for the postponement of the BSKE is to supposedly allow the Philippine electorate to heal after the conduct of the May 2022 polls, one that saw the return to power of a dictator’s son, and the defeat of an opposition leader whose campaign rallies attracted huge and passionate crowds.

Below is the list of lawmakers who filed bills seeking to defer the conduct of the December 2022 barangay and SK elections.

For advocates of clean polls, no excuse would suffice to push for the rescheduling of village and youth council elections.

“I don’t believe voters are tired. I don’t understand where is the wisdom in that [line of reasoning],” said PPCRV voter education director Arwin Serrano.

“The budget for that was allocated as early as last year (2021). So this should have been planned already. It is unacceptable that the funds for the BSKE will be used for COVID-19 response or [infrastructure program],” Lente’s Caritos added.

The Commission on Elections (Comelec), in its reply to Rappler’s inquiry, said its P8.4-billion budget is still unspent, “except for the very minimal amount for supplies under maintenance and other operating expenses amounting only to P225,360.00.”

For the December polls, the Comelec is in the process of procuring ballot paper, official ballots, and printing services, among others.

“Any procurement of goods will not be of waste should the postponement be approved into law, as the same may be used in the new date of BSKE, if any, similar to what the commission had done for the 2018 BSKE wherein we used ballots and accountable forms which were dated October 23, 2017 for the May 14, 2018 BSKE,” Comelec spokesman Rex Laudiangco said on Friday, July 22.

PPCRV’s Serrano also expressed worry that a delayed conduct of the barangay polls would cause a domino effect on other preparations by the Comelec for the 2025 elections.

“I saw a proposal to delay the BSKE until 2024. How can we prepare for the 2025 midterm polls, especially if both houses of Congress want to buy new machines? When will be the start of the procurement, the study, and the laying of the terms of reference, if there’s another pending elections that is just as important?” Serrano asked. 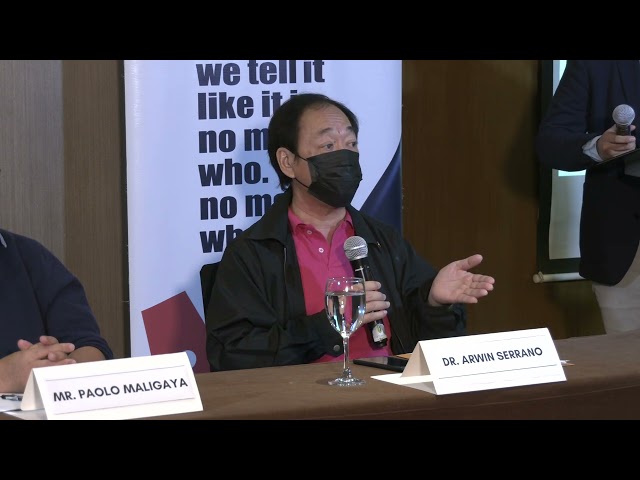 Comelec’s Laudiangco agreed the postponement could affect its preparations for the midterm polls in 2025, one that will elect a new batch of senators and a new set of local leaders.

“Definitely, the postponement, coupled with a resetting or rescheduling of any priorly-scheduled (by law) electoral exercise has a potential to impact preparations and activities of succeeding elections,” he said. “This impact may be more readily apparent on the early planning and preparations which the commission intends to undertake for the conduct of the May 12, 2025 national and local elections.”

Namfrel, in a statement on Wednesday, July 20, asserted that fresh Sangguniang Kabataan elections would be timely because current youth council chairpersons and members may already be overaged. Republic Act No. 11768 affirmed that an SK official must not be over 24 years old on the day of the elections.

“The time is ripe for them to yield power to the youth of their barangays,” Namfrel’s press release read.

“It’s a pity for the youth who want to participate but do not have the opportunity,” Lente’s Caritos added.

Namfrel also said a renewed mandate for barangay and youth council officials would strengthen efforts to recover from the COVID-19 crisis that began in March 2020.

“Many people complain and they say it’s time for another election, especially because of their experience in the pandemic. Perhaps they find there are more capable people in their communities. These officials are the people whom they are able to interact with on a daily basis, so there must be a fresh mandate,” Namfrel’s Paolo Maligaya also asserted in the July 21 forum.

Without an actual law telling the Comelec that the BSKE is postponed yet again, the show must go on for the poll body.

As of July 20, the number of new registrants stood at 2.119 million, surpassing the Comelec’s recalibrated target of 2.067 million. The initial target was only one million new voter applicants.

Voter registration was set to be until July 23, and supposed to cover people aged 15 to 30 (for SK elections), and Filipinos aged 18 and above (for barangay elections).

“Many people are interested. Lawmakers should listen to the public,” PPCRV’s Serrano said, referring to the high voter registration turnout.

During Duterte’s fourth State of the Nation Address in 2019, he dedicated a part of his speech to urge lawmakers to pass a bill postponing the May 2020 barangay and SK polls. With Marcos set to face the nation for his first SONA on Monday, July 25, poll observers will watch out for any pronouncement on the rescheduling of the December vote.

For Lente’s Caritos, pushing through with the barangay and SK elections is the right thing to do.

“Postponing the BSKE goes against the regular, periodic conduct of elections,” she said. “That affects our democracy.” – Rappler.com

*All quotes in Filipino were translated to English