Ombudsman must step in to probe DOH audit – Morales MOA. In this file photo, COA Chairperson Michael Aguinaldo and then ombudsman Conchita Carpio Morales sign the memorandum of agreement on the joint anti-corruption initiatives of both agencies on February 28, 2017.

The Office of the Ombudsman must step in and investigate the audit report of the Department of Health (DOH) that showed P67 billion worth of pandemic funds that were deficiently used, said former ombudsman Conchita Carpio Morales.

Morales cited a memorandum of agreement (MOA) she signed with the Commission on Audit (COA) in 2017 that created a joint task force that automatically investigates audits involving at least P100 million, graft and corruption cases investigated by Congress, and other “cases imbued with public interest regardless of the amount involved.”

“I gather that the MOA with the COA has expired, inactivated, or dormant,” Morales told Rappler in a phone interview on Wednesday, August 18, when asked if this MOA should have already kicked in for the DOH audit.

“If I were still with the Ombudsman, I would activate, if it has expired, the MOA and constitute a new task force so that I would be updated with the development instead of just waiting for a report,” Morales said in a mix of English and Filipino.

This 2017 MOA was pointed out to the Office of the Ombudsman, but Ombudsman Samuel Martires said in a statement on August 12 that they would rather “await the completion of the auditing process.”

“If you leave it just merely saying wait for…wait forever, walang deadline, walang mangyayari diyan (with no deadline, nothing will happen),” Morales said.

In the audit process, the agency would have to report to the COA if they have enforced the recommendations. The DOH told the House of Representatives in a hearing on Tuesday, August 17, that it has resolved five recommendations, partially resolved four, and is complying with the remaining four.

The gravest action by the COA in an audit process is to issue a notice of disallowance, which is appealable.

Morales said the vision of the MOA was to bring a prosecution lens to the audit process. Members of the joint task force are from the Office of the Special Prosecutor, said Morales.

If the task force was active, Morales said it would have already “definitely” investigated the DOH audit.

“Definitely, the task force would have probably ordered…. You don’t have to order them, it would have been automatic, and not wait for the order of the Ombudsman, because that’s the subject of the MOA,” said Morales.

This MOA is on top of an inherent power by the Office of the Ombudsman to kick-start an investigation on its own or motu proprio, without the need for a complaint.

But Martires said “to await the finalization and completion of the auditing process avoids a repeat of having to withdraw cases already filed in court based on preliminary audit findings.”

The Department of Justice corruption task force, envisioned to be more proactive, is also taking a passive stance.

“Like any other agency, it will be given a reasonable chance to comply with or abide by the recommendations of the COA,” Justice Secretary Menardo Guevarra earlier said.

Martires confirmed in a statement on Friday, August 20, that he deactivated the MOA between COA and the Office of the Ombudsman.

“I noted some legal infirmities in the MOA like usurpation of authority. I also want to avoid another wastage of government resources and embarrassment on the part of the Ombudsman prosecutors, the likes of which happened in the numerous cases which Justice Carpio Morales filed against a former Congressman and several department heads of Caloocan City,” said Martires in the statement.

Martires once again said he would rather wait for DOH to comply to COA’s recommendations.

“The findings of the auditor can be likened to a decision by the Regional Trial Court which is appealable to the Court of Appeals or the Supreme Court. In this case, the audit observations can still be brought to the Commission Proper for final decision,” sair Martires.

President Rodrigo Duterte has defended the DOH and Health Secretary Francisco Duque III and lashed out at the COA, saying audits must be stopped while “work is ongoing” and that reports should not be published.

The 1987 Constitution grants the COA the exclusive power to audit government, using a scope decided by them solely. The Constitution also says no one in government is exempted from the COA’s jurisdiction.

The COA said it publishes its reports for transparency. 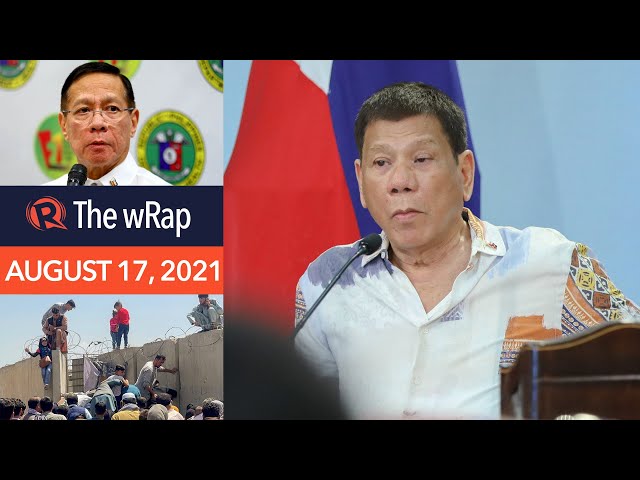