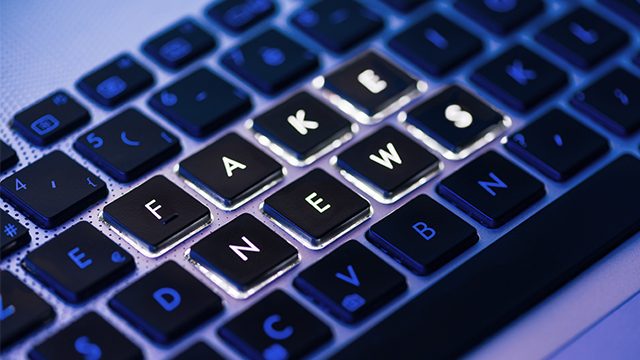 MANILA, Philippines – While guests at the Senate hearing about criminalizing “fake news” sympathized with senators who wished to stop the proliferation of false information, they said a bill criminalizing it will not be the solution.

Lawyers and journalists tore apart Senate Bill No. 1296 during a Senate justice and human rights committee hearing on Tuesday, December 6. They cited at least 2 key issues with the proposed law:

As a solution, they proposed the amplification of correct information and ensuring it is accessible to Filipinos. 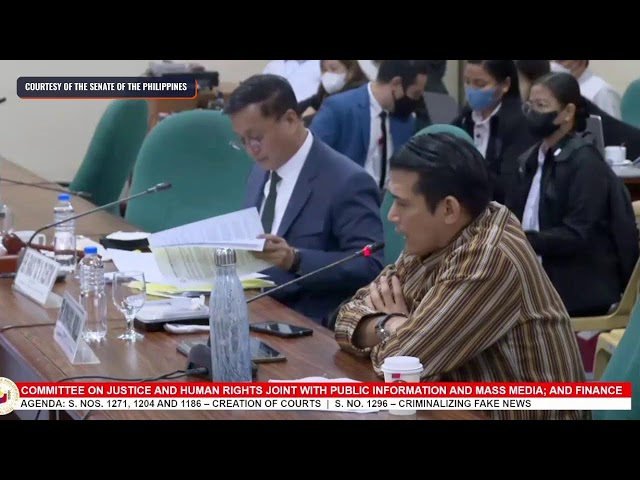 Under Senate Bill No. 1296, fake news is defined as “misinformation and disinformation of stories, facts and news which is presented as a fact, the veracity of which cannot be confirmed, with the purpose of distorting the truth and misleading its audience.”

Center for International Law executive director Gilbert Andres flagged the definition as “unconstitutional” and may be used against free speech.

Andres and other guests, including the Department of Justice’s cybercrime lawyer Gerald Vincent Sosa, cited flaws in the definition of “fake news,” in particular the reference to it as one that “cannot be confirmed.”

“It is very difficult to investigate and prosecute. It is better to remove the phrase,” Sosa told senators.

Andres said this broad definition may also include any opinion and any literary, artistic, or theatrical expression that relied on a loose interpretation of events.

Journalists said the act of criminalizing “fake news,” as proposed, could be used as a weapon to stifle a free press.

Vera Files president Ellen Tordesillas pointed out that “fake news” has become a “catch-all phrase” to refer to information that people would rather not believe.

Rappler’s Gemma Mendoza and National Union of Journalists in the Philippines chairperson Jonathan de Santos pointed to the Bayanihan Heal As One Act, which criminalized the spread of false information related to the pandemic.

“Despite the volume of disinformation we fact-checked, none of those were investigated or arrested by the police. Instead, those who were arrested were people whose posts online were disliked by local authorities,” Mendoza said in a mix of English and Filipino.

NUJP’s De Santos raised the case of Victoria Beltran who was arrested without a warrant in Cebu City at the peak of the pandemic for saying that the city was a COVID-19 epicenter “in the whole Solar System.”

Kapisanan ng mga Brodkaster ng Pilipinas (KBP) lawyer Rejie Jularbal added: “We are concerned about the definitions. It should not be too broad to include the prohibition of valid political opinions. This is our main concern…that it might stop free speech and expression.”

A solution: Amplifying and expanding access to correct information

“The antidote to free speech that we hate is not less speech but more speech,” said lawyer Andres, explaining that even if he did not believe the premise of a certain film, for example, the answer wouldn’t be censorship, but correcting it with another film.

This sentiment was echoed by journalists.

Rappler’s Mendoza pointed to the need to ensure that social media platforms amplify correct information. (Social media websites have been slammed for years for implementing algorithms that boosted disinformation as it drove lucrative engagement.)

NUJP’s De Santos referred to a suggestion of Senator Raffy Tulfo to work with platforms in taking down false information.

Tulfo also recommended making the internet more accessible to stop disinformation and misinformation. In an earlier hearing, Tulfo lamented that Filipinos could not verify the news they saw on social media because they could not access data that would allow them to fact-check.

“It is hard if we are the ones to determine (which is false information). Give people more sources of information,” De Santos said in a mix of English and Filipino.

“We feel there are other solutions particularly in educating the public,” KBP’s Jularbal said. – Rappler.com