LEGISLATOR. In this file photo, Senator Raffy Tulfo presides over a hearing of the Senate Committee on Energy.

Facebook Twitter Copy URL
Copied
'How about those who criticize all they want without basis and spread lies?' asks Senator Raffy Tulfo

This was the core of Senator Raffy Tulfo’s argument for upholding press freedom, but he also wanted to clamp down hard on those spreading disinformation.

“My legislative group studied it and asked how about those without accountability? How about those who only want to be media people, open a channel on the internet, criticize all they want without basis, and spread lies?” Tulfo said.

Tulfo stood as an active participant in the hearing of the Senate committee on public information and mass media, which on Monday, November 28, was seeking to find legislative answers to the corrosive spread of false information on the internet.

Journalists invited to the hearing said libel and cyber libel must be decriminalized to help them and their colleagues practice their profession without the fear of prosecution. Tulfo sympathized with them, but he said he had been exposed to “bad actors” who might take advantage of the proposal.

He raised the case of “AC/DC (attack-collect-defend-collect)” media personalities and online influencers, who deliberately spread wrong information on their platforms until their victims paid them to stop.

“Those people should be exempted from decriminalizing libel,” said Tulfo.

So, who deserves protection?

Tulfo said those who deserved immunity from libel were only practitioners who were from established news organizations – those with tested vetting practices, codes of ethics, and editorial standards. (READ: For Malacañang access, Marcos vloggers are going pro)

University of the Philippines associate professor Danilo Arao, however, warned that making such distinction in law would discriminate against citizen journalists. Senator Tulfo was not convinced.

He said civil cases – which at worst would slap fines on those found guilty – were not strong deterrents. They had to face jail for spreading lies, Tulfo said.

Before the committee suspended the hearing, Tulfo floated the suggestion that those protected from criminal libel could include independent and citizen journalists who sought accreditation from journalistic organizations like the Kapisanan ng mga Brodkaster ng Pilipinas. 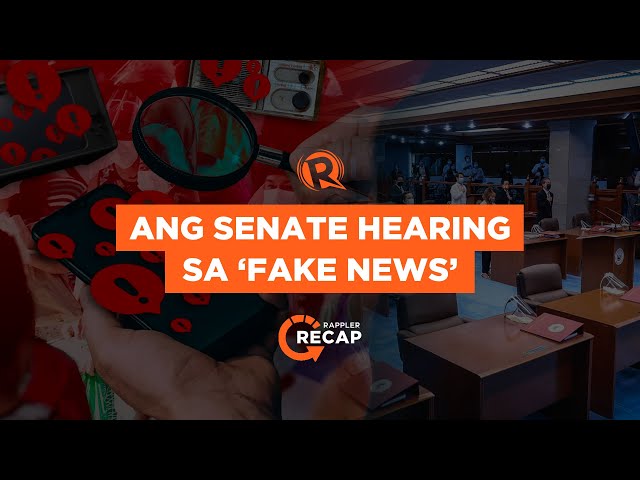