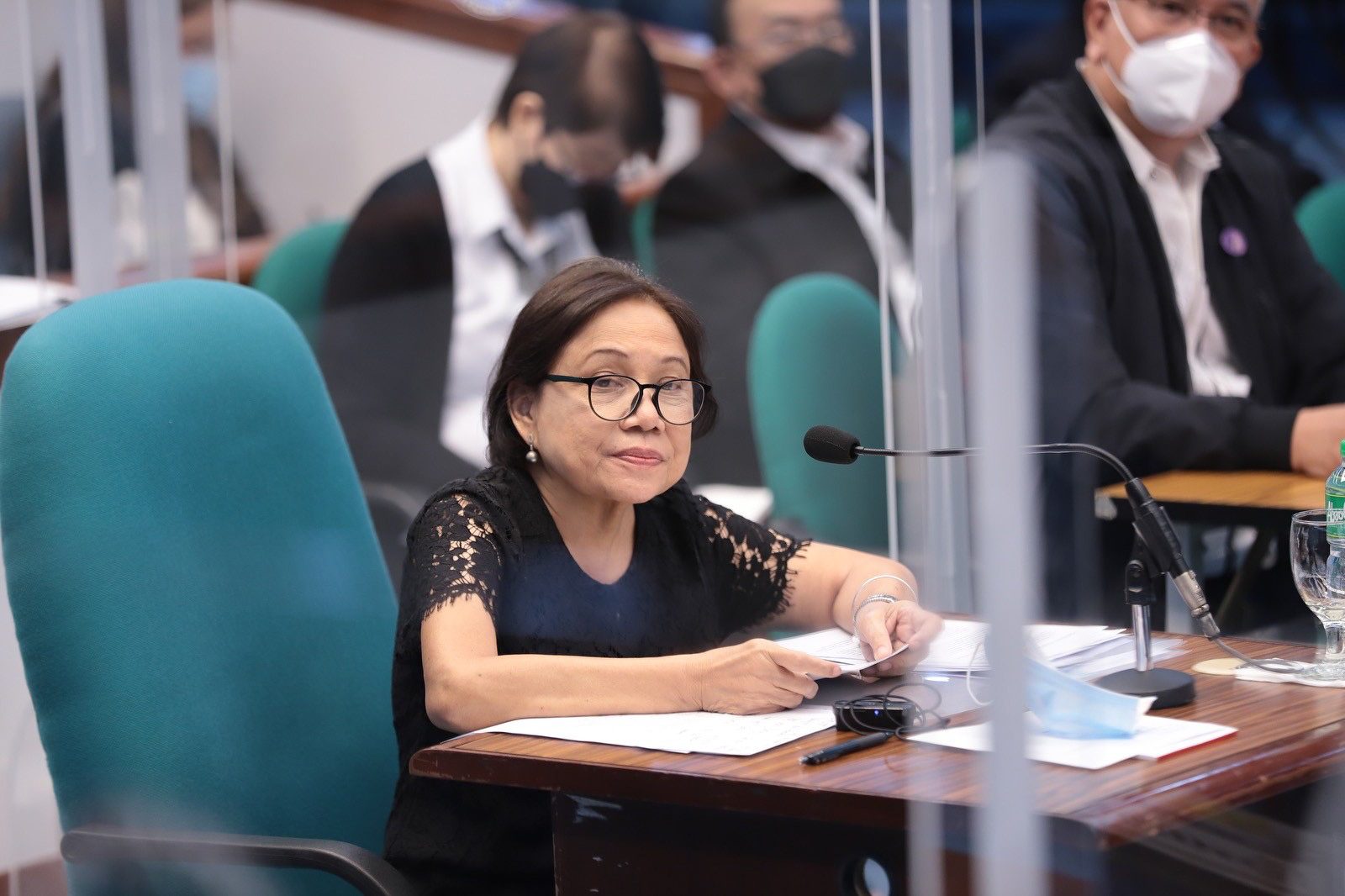 MANILA, Philippines – Senator Cynthia Villar has thrown in the towel in the fight for the Senate presidency, choosing instead to back Senate Majority Leader Juan Miguel “Migz” Zubiri.

“Wala nang SP race…. Hindi na [ako interesado] (There is no more SP race. I am no longer interested),” Villar told reporters on Wednesday, June 1, when asked if she was ready to slug it out for the top post in the upper chamber of the next 19th Congress. 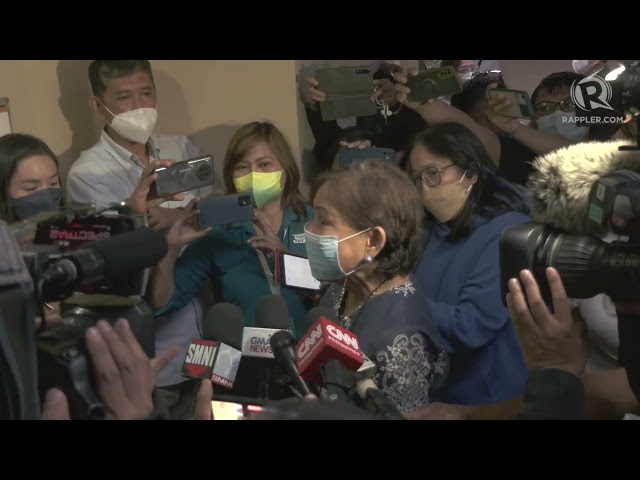 Asked if she would be supporting Zubiri instead, Villar replied, “Yeah.”

The country’s richest senator also rejected the possibility of sharing terms with Zubiri as Senate president, a proposal she was open to during the negotiations these past weeks.

She had been eyeing to become leader of the Senate ever since she topped the 2019 senatorial polls. But Villar has yet to secure the numbers needed to become Senate president.

An aspiring candidate for Senate president must get at least 13 votes among the 24 members of the chamber to secure victory.

Senate insiders said Zubiri already has 12 senators backing him. If most of the eight members of the “Mama Bears” bloc backing Villar also support Zubiri, he would already have the numbers needed to clinch the Senate presidency. “Mama Bear” is the senators’ term of endearment for Villar.

Villar said she already spoke to Zubiri on Wednesday morning and told him she is interested to remain chairperson of the Senate committee on agriculture, food, and agrarian reform.

She is hoping the next Senate president would look out for her allies in the “Mama Bears” bloc.

“I’ll take care of my advocacy, agriculture and environment. Oo, sinabi ko na. Kanina lang. Eh di tuwang-tuwa siya (Yeah I already told him. I did it just this morning. Of course he was very happy),” said Villar on her conversation with Zubiri.

Villar bowed out of the Senate presidency race just a few hours after president-elect Ferdinand “Bongbong” Marcos Jr. met with senators led by Zubiri and district representatives led by House Majority Leader Martin Romualdez to discuss the legislative agenda ahead of Marcos’ first State of the Nation Address (SONA) in July.

Marcos’ sister Senator Imee Marcos, however, said it would be “most unlikely” for the president-elect to categorically endorse his choice for Senate president.

Still, Tuesday’s meeting was good optics for the two men hoping to become the next leaders of Congress: Zubiri, who is gunning for Senate president, and Romualdez, Marcos’ cousin who is already poised to become the next House speaker.

With Villar out, this leaves Zubiri facing off with two other colleagues who have expressed interest in the Senate presidency: Sherwin Gatchalian and Francis “Chiz” Escudero.

Senators will elect their new leader when the 19th Congress opens session on July 25, the same day Marcos will deliver his first SONA. – Rappler.com