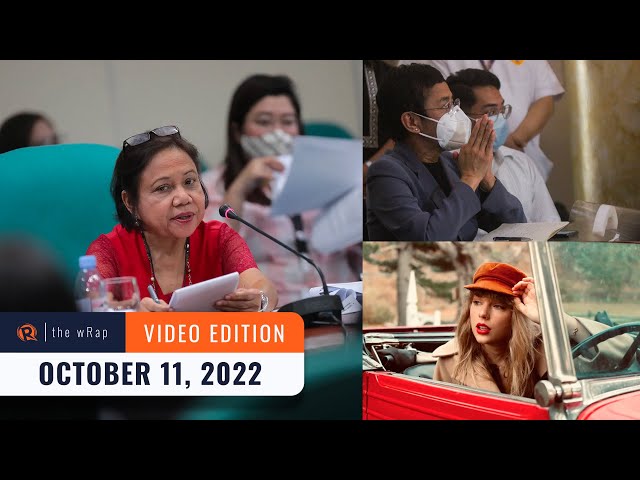 The Philippine police says complacency of the guards on duty led to the escape of three detainees and the hostage taking of detained former senator Leila de Lima.

JPMorgan chief executive Jamie Dimon says the United States and the global economy could tip into a recession by the middle of the next year.

For the first time in five years, the Ateneo Blue Eagles loses to the La Salle Green Archers in a thrilling 83-78 finish last Sunday, October 9.

Are you okay, Quezon City Swifties? Quezon City lands on the list of the top cities in the world listening to American singer Taylor Swift on Spotify.

Donny Pangilinan shares that he and his sisters Hannah and Ella have completed their degrees and graduated from the College for Global Deployment. — Rappler.com