DepEd laptop mess: Who allowed PS-DBM to raise the price? Former Education Secretary Leonor Briones, who served under the Duterte administration, attends the hybrid Accountability of Public Officers and Investigation (Blue Ribbon) Committee inquiry Thursday, August 25, 2022, on the alleged overpriced and outdated laptops procured by the Department of Education (DepEd) through the Procurement Service-Department of Budget and Management-Procurement Service (PS-DBM) for teachers used in distance learning. Photo by Voltaire F. Domingo/Senate PRIB

Facebook Twitter Copy URL
Copied
Who are accountable for the billions worth of outdated laptops for teachers? Who approved what? Here's a summary of what transpired during the five-hour long Senate hearing. 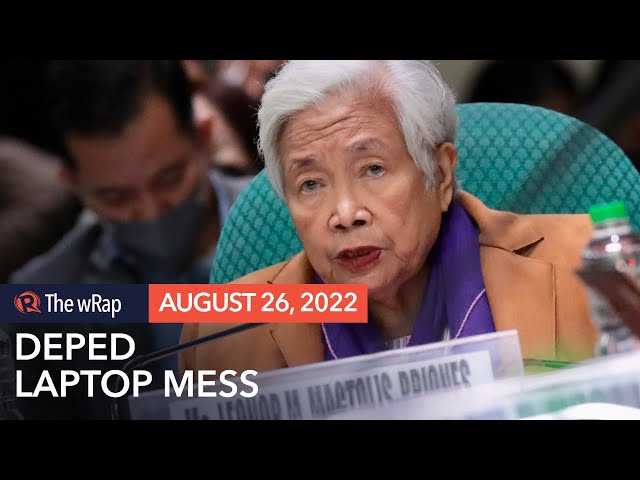 MANILA, Philippines – The controversial procurement by the Department of Education (DepEd) of P2.4 billion worth of “outdated” laptops through the Procurement Service of the Department of Budget and Management (PS-DBM) was indeed messy as it seemed.

As the Senate started untangling the mess, the standard replies to queries were finger-pointings, denials, and accusations.

During the Senate blue ribbon committee hearing on Thursday, August 25, the senators grilled the officials involved in the procurement, asking former DepEd undersecretary Alain Pascua why he agreed to the new price pegged by the PS-DBM, which was at P58,300 per unit. The approved budget for the contract (ABC) was set only at P35,046.50 per unit. The difference between the prices was addition of P23,253.50 per unit.

“Bakit kayo pumayag na taasan ng PS-DBM ang presyo? Very clear ito sa records na pumayag kayo, from P35,000 ginawang P58,000,” Senator Bato dela Rosa asked. (Why did you agree with the PS-DBM raising the price? It was very clear from the records that you agreed with that, from P35,000 to P58,000.)

Pascua explained that the PS-DBM had given them an action slip prior to the procurement, which indicated the quantity and the price of the laptops. He added that it was Information Communications Technology Director Abram Abanil who signed the concurrence on that action slip, in which there was an option to purchase laptops in lesser quantity.

“They put there the option for the DepEd whether to accept the lesser quantity, that’s the action slip that they have provided us and the ICTS Director Abram Abanil signed that concurrence on that action slip. It was never addressed to the higher ups of the DepEd,” Pascua said.

Meanwhile, Abanil said that he consulted Pascua about the action slip before he signed it. Abanil was under Pascua’s office that time. It was also Pascua who was involved in the DepEd TV fiasco, prompting media workers to stop producing episodes due to non-payment of fees by their party company Ei2Tech. (READ: DepEd TV has been replaying distance learning lessons for months. Here’s why.)

Pascua maintained that he did not agree on the price set by the PS-DBM. What he agreed on, he claimed, was to buy the lesser quantity at the PS-DBM set price.

Senate blue ribbon committee chairman Francis Tolentino said he had the documents to show procurement was approved by Pascua and Abanil.

Because of the 66% price jump from its original cost, the DepEd only bought 39,583 units – almost half of the 68,500 laptops intended for teacher-beneficiaries. The DepEd’s Intel Celeron laptops ended up more expensive than the MacBook Air with the advanced M1 chip, whose price starts at P57,990. 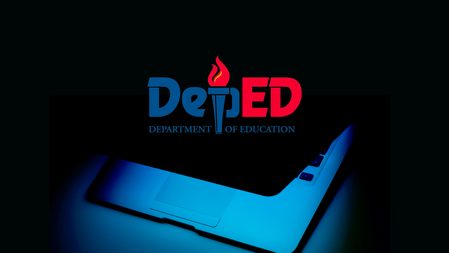 During the hearing, former PS-DBM chief Christoper Lao asked himself to be excused, saying he was not the executive director when the agency bought the laptops for DepEd. He said he left in the latter part of April 2021. But Tolentino insisted that Lao was part of it since documents showed the former PS-DBM head signed some deals leading to the procurement.

Asked how the PS-DBM came up with the price, Lao said there was a high demand for laptops when they conducted their market price survey due to students doing distance education and the work from home setup. He added that the P35,000 price submitted by the DepEd was made in March 2020, whereas the price set by the PS-DBM was in 2021.

Meanwhile, Senate Minority Leader Koko Pimentel asked why the word “complied” was indicated in the price analysis document of PS-DBM when the laptops failed to meet the required speed of 1.9 gigahertz (GHz).

The senator questioned why PS-DBM said that the supplier’s laptops “complied” with the required 1.9 GHz specification even though gadgets only have a base frequency of 1.2ghz “to leverage the latest generation of intel.”

Abanil, who is supposedly expert on computer technology, said that he could not comment on the question since he was not the one who prepared the market price analysis. It was the PS-DBM which prepared the document.

“I trusted the technical working group made their due diligence in terms of conducting a price analysis,” Abanil said.

Tolentino also pointed out that some issues in the memorandum of agreement (MOA) signed by then DepEd Secretary Leonor Briones and Lao. The MOA mentioned the Food and Drug Law, which was irrelevant in the procurement of laptops.

Teachers have been asking for provision of free laptops and internet services as most of them had to dig into their own pockets to cover the costs of teaching under the remote learning setup.

PS was created through Letter of Instruction (LOI) No. 755 in 1978, with the primary task of implementing the central procurement system for the use of other government agencies. It is functioning as a grocery for common-use items, so that agencies could buy these from them at a low price without having to look for suppliers themselves.

It can be recalled that it was also the PS-DBM that was embroiled in the corruption controversy for anomalous government pandemic contracts. (READ: LIST: Everything you need to know about the Pharmally pandemic deals scandal)