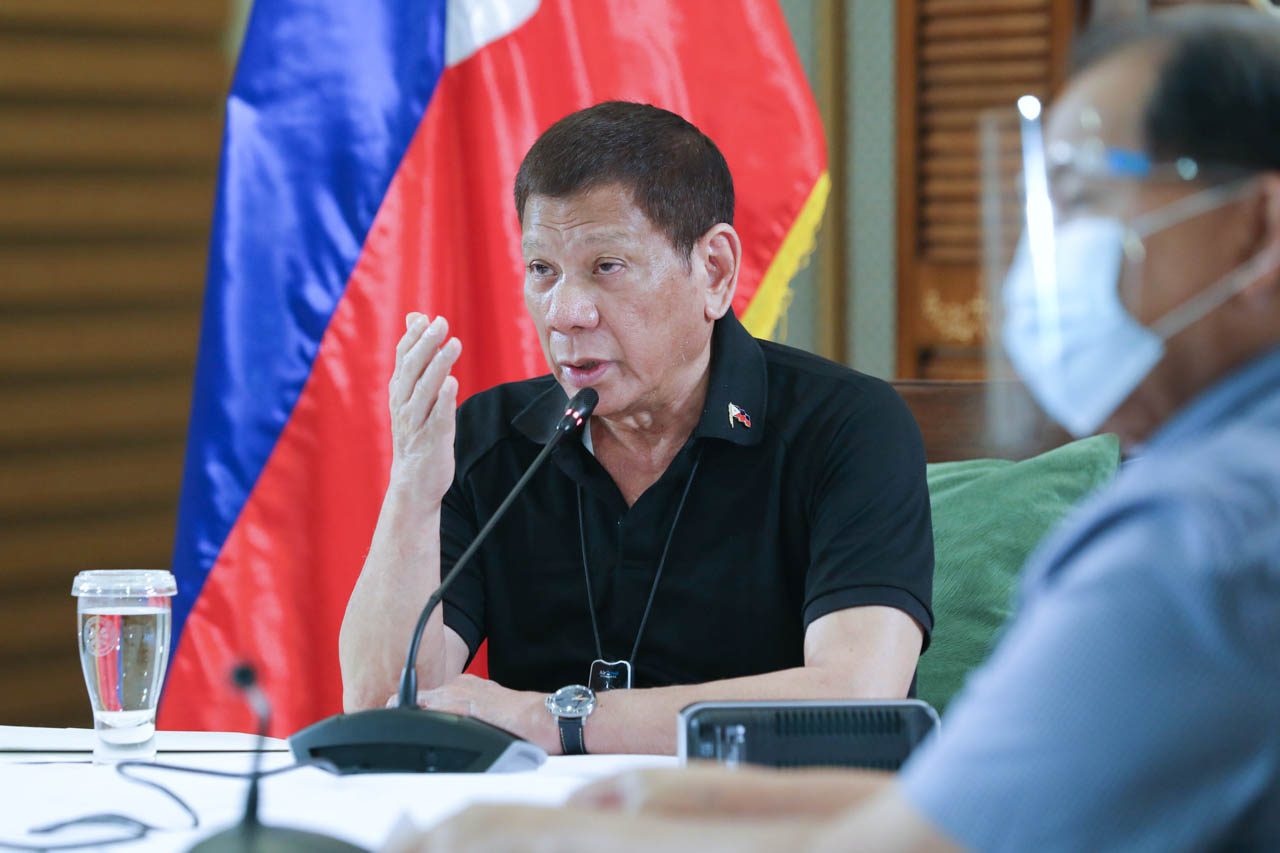 President Rodrigo Roa Duterte talks to the people after holding a meeting with the Inter-Agency Task Force on the Emerging Infectious Diseases (IATF-EID) core members at the Matina Enclaves in Davao City on August 17, 2020. ROBINSON NIÑAL JR./PRESIDENTIAL PHOTO

Facebook Twitter Copy URL
Copied
Justice Secretary Menardo Guevarra says he was consulted, and concedes that pardon is an exercise the President can do 'anytime and under any circumstance'

In pardoning American soldier Joseph Scott Pemberton, President Rodrigo Duterte undermined the work of all government lawyers opposing the immediate release of the US Marine.

The Duterte government announced Monday evening, September 7, that Duterte had granted an absolute pardon to Pemberton to “cut matters short over what constitutes time served,” according to Foreign Secretary Teddyboy Locsin Jr.

The pardon cleared the way for Pemberton’s immediate release, and now moots the court proceedings that was only about to tackle in the coming days the Department of Justice’s (DOJ) appeal on the Good Conduct Time Allowance (GCTA) granted to the US soldier.

Justice Secretary Menardo Guevarra said he was consulted, but conceded that the act of pardon is a purely discretionary move of the President.

“Yes, I was consulted by the President before he made the decision,” Guevarra told reporters Monday.

“Pardon is an act of grace on the part of the Chief Executive,” added Guevarra.

It remains unclear at this point whether Pemberton applied at all for the pardon, which, under DOJ rules, requires some routine documents even though it is a purely political decision.

“(The President) may exercise this plenary power of executive clemency at any time and under any circumstance,” Guevarra said.

Pemberton’s lawyer Rowena Garcia Flores told Rappler over the phone that she does not know if Pemberton applied and who took care of the application.

Before this, the DOJ was going to file its own appeal to the full grant of GCTA to Pemberton.

Guevarra did not disclose much about the content of the appeal, but his spokesperson Markk Perete said on Monday that for convicts like Pemberton who were charged of a heinous crime (murder) but convicted of a non-heinous crime (homicide), GCTA is put on hold until the law’s uniform manual is released.

“As to them, presumptive GCTA is computed but the award is held in abeyance until the issuance of the manual,” Perete said.

Before the DOJ, the Office of the Solicitor General (OSG) had also opposed Pemberton’s GCTA release.

“OSG submits that Pemberton’s request lacks factual and legal basis. Republic Act 10592 (GCTA Law) expressly mentions the officials who are authorized to grant time allowances to convicts or detainees,” the OSG said, as quoted by the Olongapo court’s decision contesting Pemberton’s certification of good behavior by the US Marine Corps, when the law says it’s the jail director who should grant the GCTA.

Presidential Spokesperson Harry Roque, himself a lawyer who represented Jennifer Laude’s family during trial, also conceded that nothing can stop Pemberton’s release now.