Duterte warns Congress: Solve 2021 budget delay or ‘I will do it for you’ 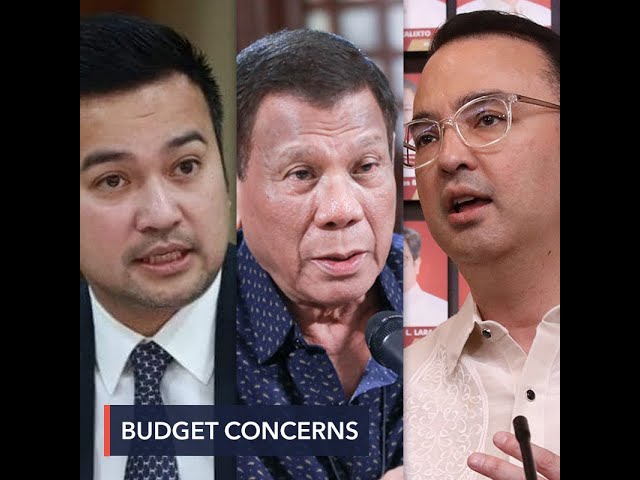 Philippine President Rodrigo Duterte gave a vague but menacing warning to Congress that if they do not resolve the delay in passing the 2021 national budget, he would solve the problem himself.

(Either you resolve the issue on your impasse and pass the budget legally and constitutionally. If you don’t do that, I will do it for you. I’m not threatening you.)

The pre-recorded speech was aired Thursday evening after senators warned that the House of Representatives’ decision to suspend their session earlier than planned would leave them little time to discuss the 2021 budget in plenary. This could mean a failure to pass the 2021 budget before December 18, which means the government will have to make use of the pre-coronavirus 2020 budget.

It was evident he traced the debacle to the speakership rivalry of House Speaker Alan Peter Cayetano and Marinduque Representative Lord Allan Velasco.

Later on, he told lawmakers that there is “something higher than delaying or maneuvering something in Congress because everybody wants to be Speaker.”

It was Cayetano who moved for the House’s session to be suspended, thus deferring the lower chamber’s 3rd reading and approval of their 2021 budget bill to November 16, at the earliest.

Cayetano’s move ensured that Velasco, who wanted to become Speaker by October 14, would not be given a chance to do so until November.

‘Don’t involve me in your fight’

Duterte did not elaborate on how he would intervene, merely repeating vague phrases like “Kung wala (If nothing), I will do my thing” or “If you do not solve the problem, I will solve the problem for you.”

He also said he would impose no timeline because “only dictators do that.”

But he impressed upon lawmakers that the debacle in Congress would affect his presidency, hence he needed to step in.

(They do not mention Alan, or Congress, or Lord. What they will say, the Duterte administration. I am not too ambitious but I want my administration to be good. Don’t involve me in your fight then, in the future, people will be asking, what happened to the administration of Duterte.)

He reminded lawmakers that Filipinos are still suffering from the COVID-19 pandemic and will only suffer more if the 2021 budget is not passed on time.

(My appeal is, fix this and think of the Filipino who is in the hospital now, in need of medicines, and the Filipinos who are dying now, at this hour.)

The P4.5-trillion proposed budget is expected to complete the Duterte government’s pandemic war chest, which includes some P165 billion in funds under the Bayanihan to Recover As One Act or Bayanihan 2.

After Duterte’s address, Cayetano assured the President the passage of the 2021 would not be delayed despite his political maneuverings in the House.

“In these trying times, we seek to ease the burdens of our fellow Filipinos who are suffering from the pandemic. And it is with this in mind that we would like to assure the President and our fellow citizens that despite all the noise, the 2021 budget will be passed on time,” Cayetano said in a Facebook post.

The Taguig City-Pateros congressman then apologized to Duterte, under whose ticket Cayetano ran but lost for vice president in 2016.

“We welcome the President’s stern warning to all parties to stop all the politicking as it could jeopardize the welfare of our fellow citizens at this critical time,” Cayetano said.

“In this, we are not evading any responsibility for our own actions, and would in fact like to sincerely apologize again to the President and the whole nation for adding anxiety to an already uncertain situation,” he added. – with reports from Mara Cepeda/Rappler.com