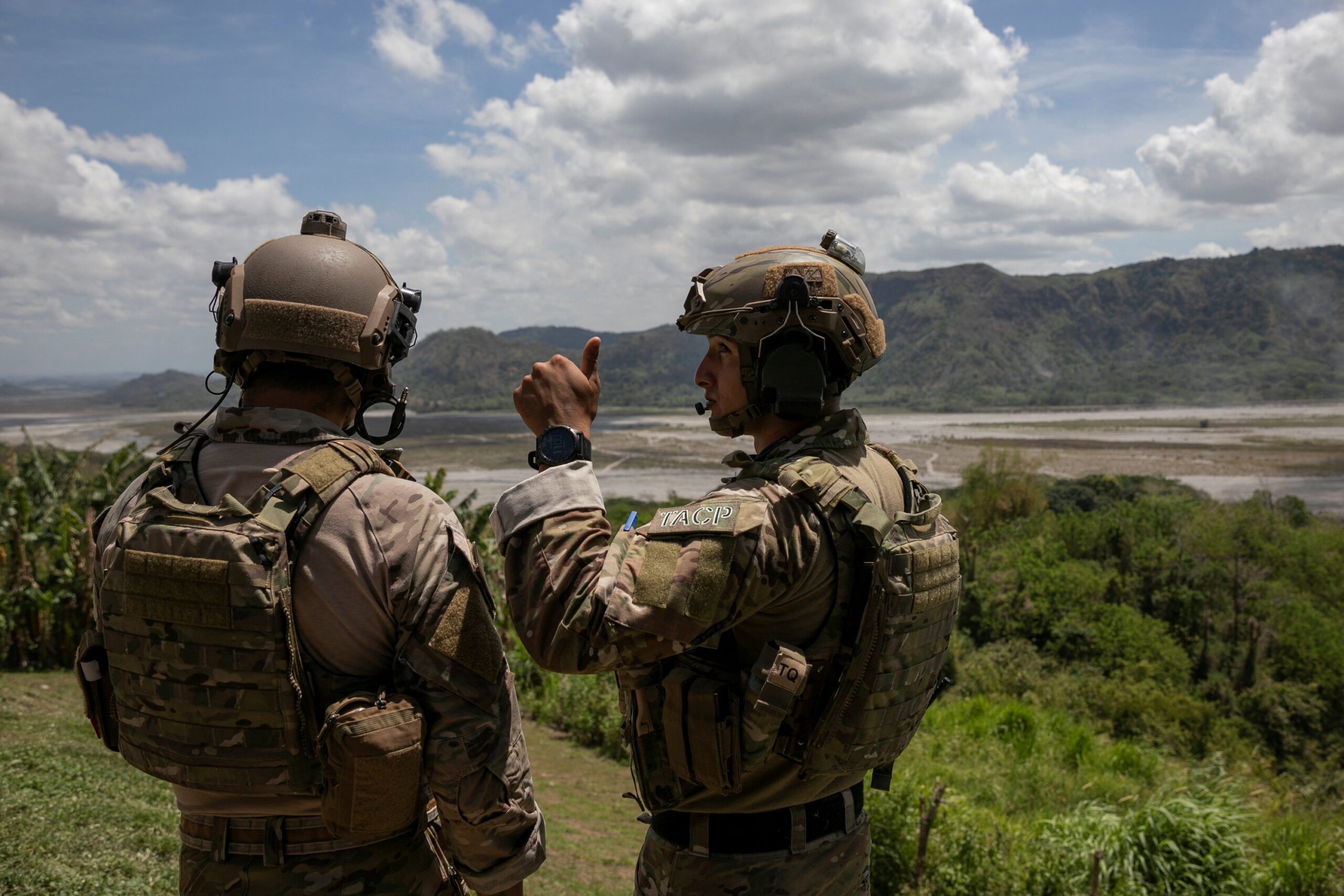 DEFENSE TIES. Filipino and US soldiers participate in a live fire exercise during the annual US-Philippines joint military exercise or Balikatan, in Crow Valley, Capas, Tarlac, on March 31, 2022.

Facebook Twitter Copy URL
Copied
Since it was signed in 2014, the implementation of the agreement has been slow with construction done in just one of five locations previously identified by the military

MANILA, Philippines – Taking up the implementation of the long-stalled Enhanced Defense Cooperation Agreement (EDCA), a key defense pact between the Philippines and the United States, should be among the first moves president-elect Ferdinand Marcos Jr. should consider to boost ties with Washington, suggested an analyst.

East-West Center Director Satu Limaye raised the proposal during the recent launch of the center’s “Philippines Matters for America, America Matters for the Philippines” publication, a joint undertaking of the embassies of the Philippines and the US to mark the 75th anniversary of bilateral ties this year.

Limaye, who specializes in Indo-Pacific regional affairs, had been asked how the two countries should chart the next six years as a new administration comes into power in the Philippines, particularly as challenges to the rule of law continue not only in Southeast Asia, but across the world.

“We should continue to look carefully at our Enhanced Defense Cooperation Agreement and where there are opportunities to build on that and implement that agreement,” Limaye said.

He continued, “I think it’s really important in the geo-strategic element to recommit to how the alliance defends the military and security relationship…and to look for new ways in which to manage that given the changing circumstances.”

The EDCA, negotiated and signed during the administrations of the late Benigno “Noynoy” Aquino III and Barack Obama, allows the US military to construct facilities and preposition defense assets inside Philippine military bases. The deal was envisioned to complement the two countries’ Mutual Defense Treaty (MDT), which sees both sides commit to defend one another in case of an external attack.

But since it was signed in 2014, the implementation of the agreement has been slow with construction done in just one of five EDCA locations previously identified by the military.

Like the Visiting Forces Agreement (VFA), Duterte had threatened to scrap EDCA early in his presidency, saying he did not want to see soldiers of “any foreign power” in the Philippines. He later upheld the agreement in a meeting with then-US president Donald Trump in 2017.

Along with Limaye, other foreign affairs and security experts have urged the Philippine government to pick up on the implementation of EDCA, citing it as a key factor in operationalizing the MDT and VFA.

In a recent interview with ANC, incoming national security adviser Clarita Carlos likewise said she would push to “enhance” the Philippines’ military agreements with the US. The EDCA is just one of many options that both Marcos and the US government may choose to implement to bolster relations, Limaye said. Another is the possibility of enhancing a joint dialogue involving defense and foreign ministers of both countries – known as 2+2 talks – and reviewing “contingency plans” in areas like the South China Sea, he added.

“It’s also an entirely new world post-pandemic and in the context of the globalization challenges we face,” Limaye said.

On the economic front, the US’ new Indo Pacific Economic Framework (IPEF), which US President Joe Biden launched during a recent trip to Japan, could also be explored to strengthen  investment, trade, and commercial ties between Manila and Washington. The Philippines is among several Southeast Asian countries that have signed up to the agreement.

Marcos had earlier expressed interest in IPEF, as well as openness to the possibility of public-private partnerships and joint ventures between Philippine and American companies. This, he said, fell in line with his vision to boost trade ties, instead of a “dependence on aid.” – Rappler.com

Marcos may attend UN meet in US, has diplomatic immunity from contempt