TREATY ALLIES. The Philippines and US are bound to come to each other's aid under the Mutual Defense Treaty.

Facebook Twitter Copy URL
Copied
'If we don't have that and if we don't have pre-planning and contingency plans and interoperability and all the things you need to effectively work the alliance, then commitment only gets you so far,' says Southeast Asia Analyst Greg Poling

The long-stalled implementation of the Enhanced Defense Cooperation Agreement (EDCA), a key agreement between the Philippine and US militaries, is necessary for both countries to fully deliver on commitments under its military alliance, Southeast Asia Analyst Greg Poling said on Thursday, September 16.

In a recent episode of Rappler’s Southeast Asia Speaks, Poling told Rappler editor at large Marites Vitug that the full implementation of EDCA was a “big deliverable” for both countries after Philippine and US officials met in Washington DC on September 10. 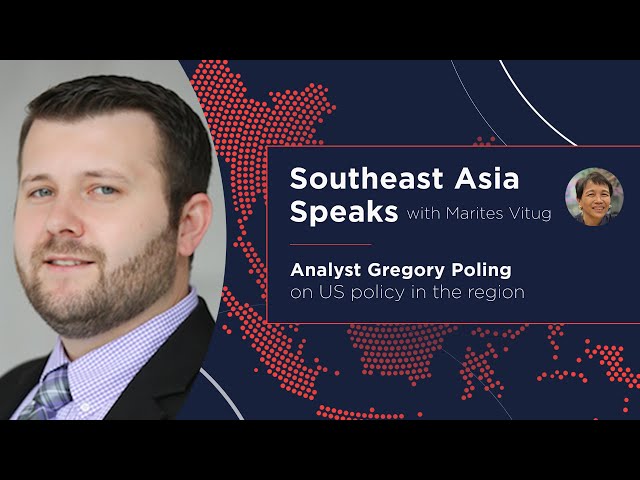 During the US trip, Foreign Secretary Teodoro Locsin Jr. and Defense Secretary Delfin Lorenzana met with their US counterparts. Lorenzana renewed his call for a review of the two countries’ 70-year-old Mutual Defense Treaty (MDT).

Lorenzana claimed that the MDT – where both countries commit to defend one another in the case of an external attack – “has been beneficial to the Philippines, but not enough to make it stand on its own feet.”

“The big deliverable for me…that Lorenzana and (US Defense Secretary Lloyd) Austin had in their meeting last weekend was restarting the infrastructure construction at the EDCA sites which has been stalled since President [Rodrigo] Duterte came to office,” said Poling, who heads the Asia Maritime Transparency Initiative at the Center for Strategic and International Studies (CSIS) in Washington DC.

The EDCA, negotiated during the administrations of Benigno “Noynoy” Aquino III and Barack Obama, allows the US military to construct facilities and preposition defense assets inside Philippine military bases. The Supreme Court upheld the constitutionality of EDCA amid protests that it was a de-facto basing agreement.

In calling for a review of the MDT, Lorenzana listed three “key areas of consideration” for both sides in upgrading ties between the old allies.

This includes a “clarification” on the “precise extent of America’s commitments to the Philippines, especially against the backdrop of rising tensions in the South China Sea, including the West Philippine Sea; revisions to the treaty to address China’s “gray zone” tactics; and US support for the Philippine military’s modernization program that went beyond handing over “Vietnam-era” hardware.

Poling said the Philippines has been continually receiving clarification from the US that the MDT would cover the South China Sea since former state secretary Michael Pompeo declared this and officials under the Biden administration, including State Secretary Antony Blinken and Austin, continually reiterated this.

“It is hard to see how it could be any clearer…. They’ve all repeatedly said that Article 5 of the US-Philippines defense treaty applies to any attack on Philippine armed forces public vessels or aircraft in the South China Sea. Doesn’t matter where they are, doesn’t matter if they’re on land or on water, if Filipino troops are attacked, the US is obligated to meet the common danger under the treaty,” Poling said.

On addressing China’s gray zone tactics, Poling said he viewed this as one of the areas that a newly set up maritime dialogue should be able to address.

Poling agreed that the US “should certainly get on board with” supporting the modernization of the Armed Forces in the Philippines, which remains one of the weakest in the region.

For this to happen, however, EDCA’s implementation needs to move forward, he added. Since it was signed in 2014, the implementation of the Agreement has been slow with construction done in just one of five EDCA locations previously identified by the military.

“The US has been clear, I think at least behind closed doors, that if that’s going to happen then – if in fact if both that and the MDT performance would be real – the key to both is EDCA,” Poling said.

“The US cannot protect Filipino troops from Guam. We have to be in the Philippines to do it. That’s what EDCA was supposed to do and the most efficient way to upgrade Philippine defense capabilities, at least base infrastructure, is to build it at the EDCA site,” Poling added.

In a recent CSIS forum, Lorenzana said that the Philippines has to “rethink” if it needs to add more sites under the EDCA.

Opportunity for PH, US

Without EDCA and plans to improve interoperability between the two militaries, “commitment only gets you so far,” Poling said.

Like the Visiting Forces Agreement, Duterte had threatened to scrap EDCA early in his presidency, saying he did not want to see soldiers of “any foreign power” in the Philippines. He later upheld the agreement in a meeting with former US president Donald Trump in 2017.

Diplomats and security experts have said that aside from restoring the VFA, equally important would be seeing progress in the implementation of EDCA. Analysts also pointed out that pushing the two deals forward is an opportunity for both US President Joe Biden and Duterte in the Philippines.

“Our hearts are all in the right place, now it’s time to do the work to make sure we can actually implement it,” Poling said. – with research by Jennifer Rodriguez/Rappler.com