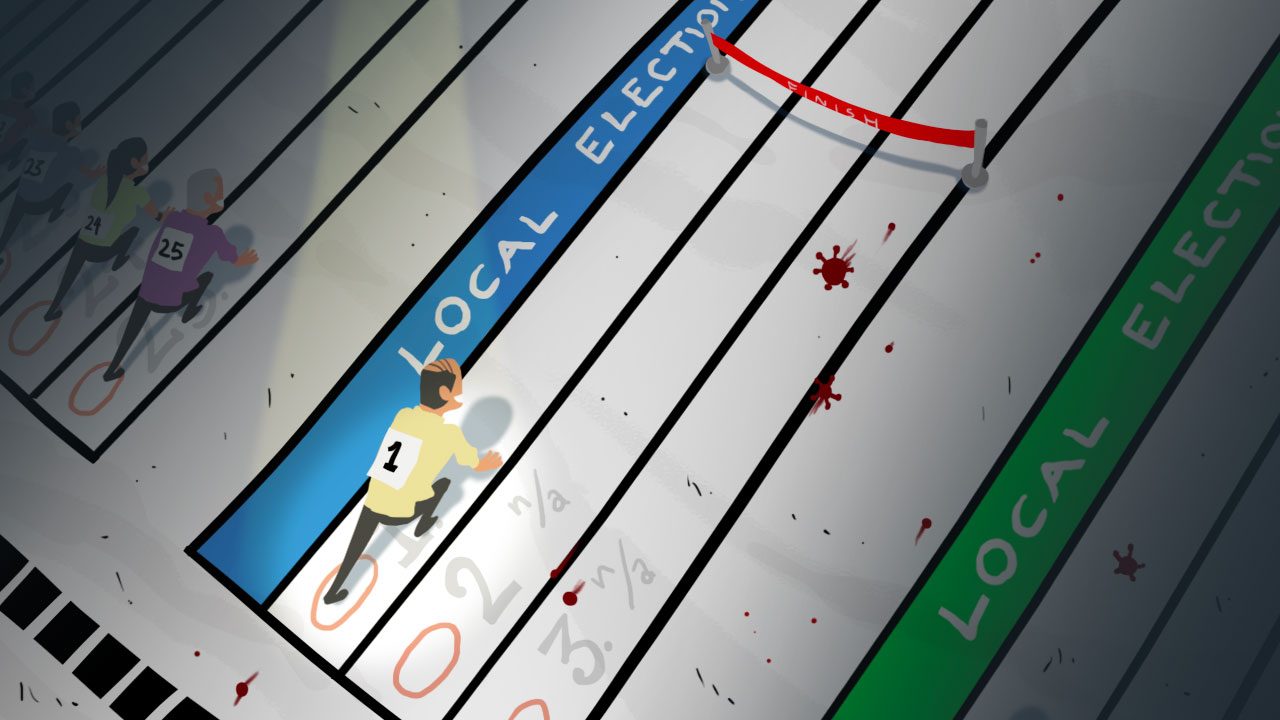 MANILA, Philippines – Local electoral campaigns in the Philippines kick off on Friday, March 25, with thousands of one-on-one races and hundreds of unopposed bids expected to influence vote delivery for presidential candidates.

Just in time for the start of local campaigns, the Commission on Elections (Comelec) on March 17 dropped its requirement for permits for rallies and other activities in areas under pandemic alert levels 1 and 2 – practically the entire country. Campaign organizers and election lawyers assisting candidates had earlier complained that the poll body’s pandemic campaign rules were open to abuse, sowed confusion, and were impractical.

With COVID-19 cases dropping, the Comelec looks at relaxing its campaign guidelines that were crafted when most of the country was under Alert Level 3, or more restrictive pandemic status.

Comelec data and Rappler research reveal interesting developments at the local level that could prove to be unique to the first-ever Philippine elections conducted amid a pandemic, as well as affect the battle that looks like a repeat of the snap presidential polls of 36 years ago: the dictator’s son and a widow are currently the frontrunners in voters’ preferences.

There are 845 unopposed local candidates for 2022, a huge increase from the more than 500 we reported in the past 3 elections.

If only the posts of governor, vice governor, mayor, vice mayor, and congressional representative would be counted, the total of unopposed bets – 516 – would not be far from the numbers in recent elections.

What drives the increase in numbers in 2022 is the number of sure-win provincial board members and city and municipal councilors – positions that have multiple seat allotments. This means there are a number of entire slates without challengers. While this had happened in the past, Rappler didn’t count them because the phenomenon was not as pronounced as in the 2022 polls.

Here’s a breakdown of unopposed candidates:

The unopposed gubernatorial candidates are in:

Unopposed candidates need only one vote to get elected. Since they don’t have their own bids to push, they are expected to be able to focus on campaigning for their presidential, vice presidential, and other national candidates.

The reverse is expected from 3,380 candidates, who may be hard put to campaign for their national allies. They are facing one-on-one battles over 1,690 local posts. Specifically:

The one-on-one gubernatorial fights are in:

Party mates of ‘presidentiables’ a minority

The most number of candidates next to independents are with President Rodrigo Duterte’s party, PDP-Laban. They are followed by those from:

Taken together, these five parties have 20,621 candidates or close to half (45%) of all local candidates. Except for the NPC, these parties have endorsed the Marcos-Duterte ticket.

Interestingly, none of the presidential candidates are running under the banner of these biggest political parties. Their party mates are, in fact, a minority among local bets.

The rest of the candidates for the highest post have been nominated by either small parties or resurrected ones – those which had captured only few seats in past elections, if not largely inactive.

Of these, two small parties got a boost from the candidates who agreed to become their standard-bearers:

Among the 20 vote-richest provinces, only nine governors have so far unequivocally declared the presidential candidates they are supporting, with a few promising to deliver a specific number of votes, or actually going beyond declaring support or hosting one-time rallies. They are in:

While these governors are not exactly unopposed, they are seen to be strong enough not to be dislodged by their challengers, and are therefore expected to be able to attend to their presidential bets’ campaigns – Cavite’s Jonvic Remulla (for Marcos) and Negros Occidental’s Eugenio Lacson (for Robredo), for example.

In certain provinces, even rival gubernatorial candidates are endorsing the same presidential bets – such as in Pangasinan, where the strongest of four contenders, reelectionist Governor Amado Espino III and former Binalonan mayor Ramon Guico, have endorsed Marcos.

Bookmark Rappler’s 2022 election site to keep you updated on the local and national campaigns, and for helpful guides and informative trackers related to the polls.

For the list of candidates per province and in Metro Manila, go here:

LIST: Who are running for local positions – 2022 Philippine elections For the powers and duties of every elective position, check these series in English and major Philippine languages:

– with data inputs from Michael Bueza/Rappler.com