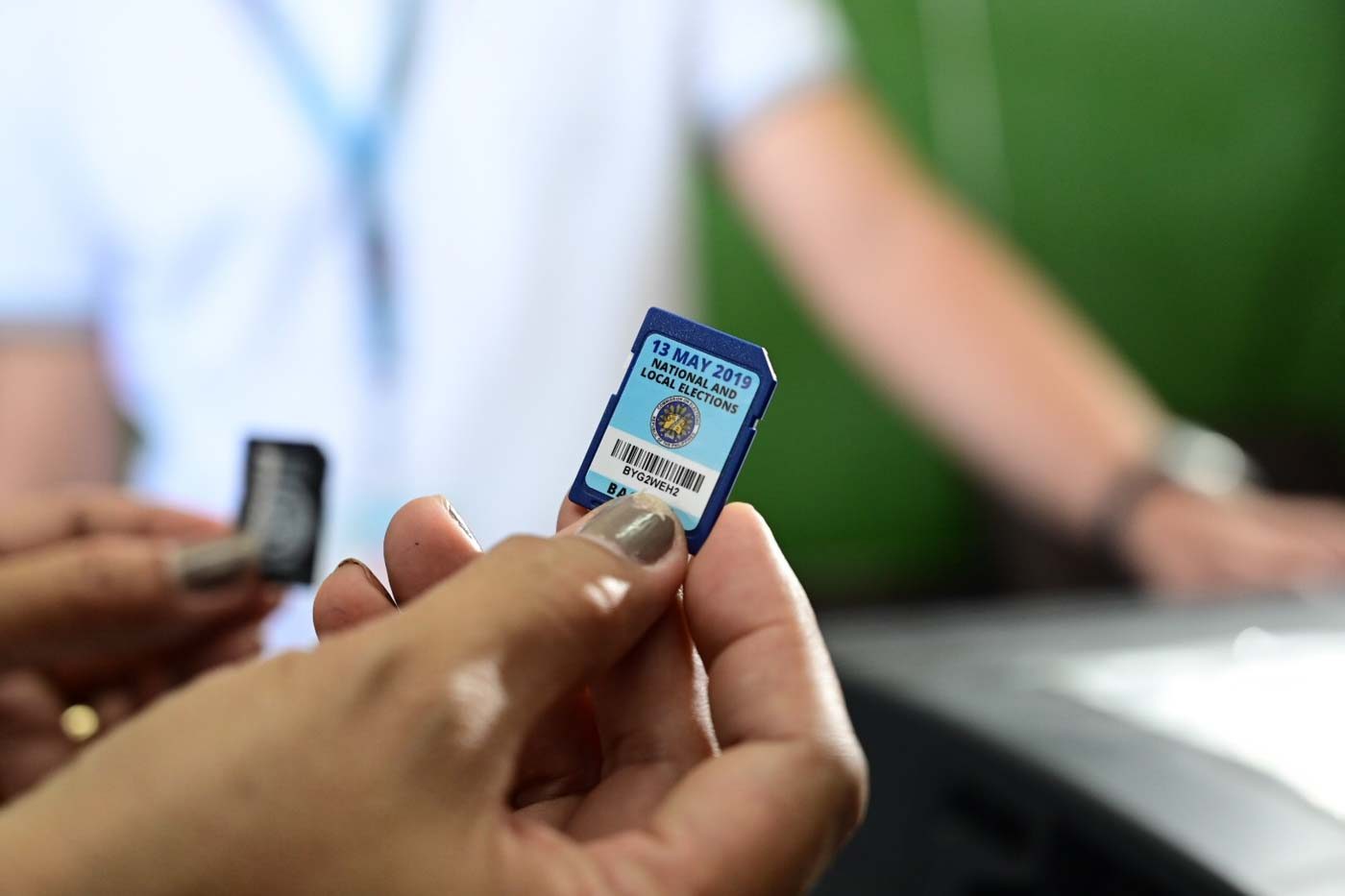 MANILA, Philippines – The Commission on Elections (Comelec) said around 1,000 SD cards malfunctioned during the elections on Monday, May 13, as a poll commissioner blamed a new supplier for these “cheap” SD cards.

Guanzon explained in a GMA News interview that the supplier of these SD cards is “new.”

In the past, when the Comelec just rented vote-counting machines (VCMs) from Smartmatic, she said election paraphernalia such as SD cards were “bundled” with the Smartmatic deal. The bundle would include items such as marking pens and SD cards – “isang supplier lang” (there was just one supplier).

The poll commissioner said she “will personally object to full payment” to the supplier of the defective SD cards.

Guanzon, a former commissioner of the Commission on Audit, then commented that the “lowest bidder rule” is not always good. She suspects that during the bidding process, the supplier presented high-quality SD cards, but the supplier cut its costs and provided “cheap” SD cards because it offered the lowest bid anyway.

(So to the public, you always ask Comelec about our huge expenses. There, it’s the lowest bidder, so it’s cheap.)

That 1,000 SD cards didn’t work is on top of the 450 VCMs that had to be replaced on Election Day. Other problems include the “technical issue” involving the Transparency Server that shows unofficial election results.

The National Citizens’ Movement for Free Elections, an election watchdog, voiced concern not only about these machine malfunctions, but also about violence and voter disenfranchisement on Monday. – Rappler.com