‘Stakes are simply too high’: Ateneo educators, law students and alumni back Leni-Kiko OPPOSITION BET. Presidential aspirant Vice President Leni Robredo on Monday, 7 March, eve of International Women's Day, signed a covenant with member organizations of the Robredo People's Council Women at the Leni-Kiko Volunteer Center in Quezon City. The covenant pushes for the women's agenda and details the programs and policies Robredo will establish if she wins the presidency in the May 9 elections.

Facebook Twitter Copy URL
Copied
(1st UPDATE) ‘This is not the time to be silent or neutral. This is the time to take a stand, to engage, and to act. The stakes are simply too high,’ the Ateneo Professional Schools educators say 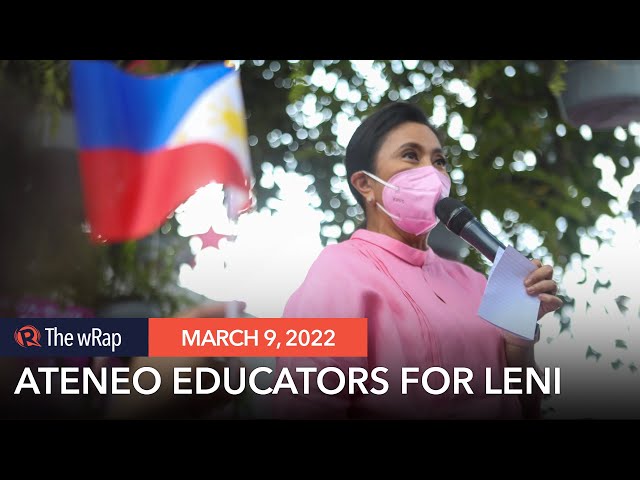 According to these educators, they chose to support Robredo and Pangilinan because these candidates have qualities similar to educators’ values.

“It is crucial that those we elect to lead the country have the qualities and values consistent with who we are and what we stand for. It is because of these that we have decided to support the candidacies of Vice President Leni Robredo and Senator Kiko Pangilinan,” they said.

In explaining why they chose the tandem, the Ateneo educators cited Robredo’s performance as a human rights lawyer and as vice president.

“Even before she became a public official, Leni Robredo has shown her commitment to serving the poor. Her work in her various capacities as an alternative lawyer and a public defense lawyer deepened her conviction to work for the marginalized of our society,” the educators said. 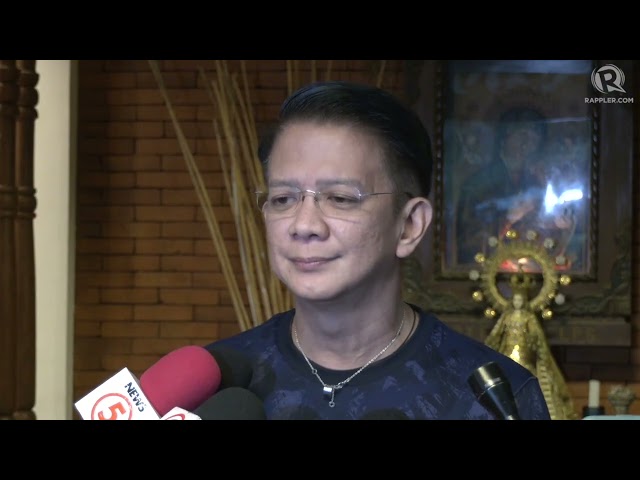 They added: “As vice president, she has manifested strength of leadership through her quick responses to calamities, whether natural or human-made. Her track record in responding to the challenges of COVID-19 is unmatched by any of the other candidates running for president. Her positions on difficult and controversial issues such as the war on drugs and the West Philippine Sea manifest clarity of vision and principles.”

The Ateneo educators were the latest professionals from the education sector to endorse the opposition tandem. On the 36th anniversary of the EDSA People Power Revolution, top Jesuits and theologians from the Ateneo network of schools endorsed Robredo and Pangilinan. Educators from La Sallian schools all over the country have also endorsed the tandem. Even former Commission on Higher Education chairpersons and ex-Department of Education chiefs have already thrown their support for Robredo’s presidency.

Over 1,000 law students and alumni of the Ateneo Law School also threw their support for the tandem.

“Together, we, alumni of Ateneo Law School, firmly believe that among the candidates for the upcoming May 2022 elections, the ones best fit for the presidency and vice Presidency are leni Robredo and Kiko Pangilinan, respectively,” they said in a statement on Tuesday, March 22.

“As one of the bright lights in one of our nation’s darkest hours, Leni Robredo exemplifies competence, honesty, justice, compassion, and leadership. In the most difficult times, Leni Robredo shows up. She faces the people and addresses them with her concrete plans, platform, and course of action. The same can be said of Kiko Pangilinan. As lawyers and legislators, they are both knowledgeable and capable of directing the country towards the goals we, as Filipinos, seek to achieve as a nation,” they added.

The group noted that for the last 80 years, the Ateneo Law School “has always been a bastion in upholding the rule of law and in striving to seek truth and justice,” and that “during the Marcos dictatorship, among the most prominent champions of human rights who spoke up against the atrocities committed by the Marcos administration were alumni of this very institution, the Ateneo Law School” like slain Antique governor Evelio Javier and the late Bobby Gana.

“It has produced several lawyers instrumental in ensuring that everyone’s rights are sufficiently safeguarded against abuse. As a community, we are united in the face of grave injustice and oppression. To stand up for the rule of law, guided by the values of faith, justice, and integrity, is the Ateneo way,” they said.

“Now, more than ever, we must lend Leni Robredo and Kiko Pangilinan our aid and support. As alumni, we want to make our voices heard, in accordance with our duty as lawyers and law graduates to speak up and stand up against the wrongs and injustices that happen before our very eyes. To honor the sacrifices made by those who died fighting to end the dictatorship, we must vote for a president and vice President who give hope to the nation through concrete plans and a genuine heart to serve,” they added.