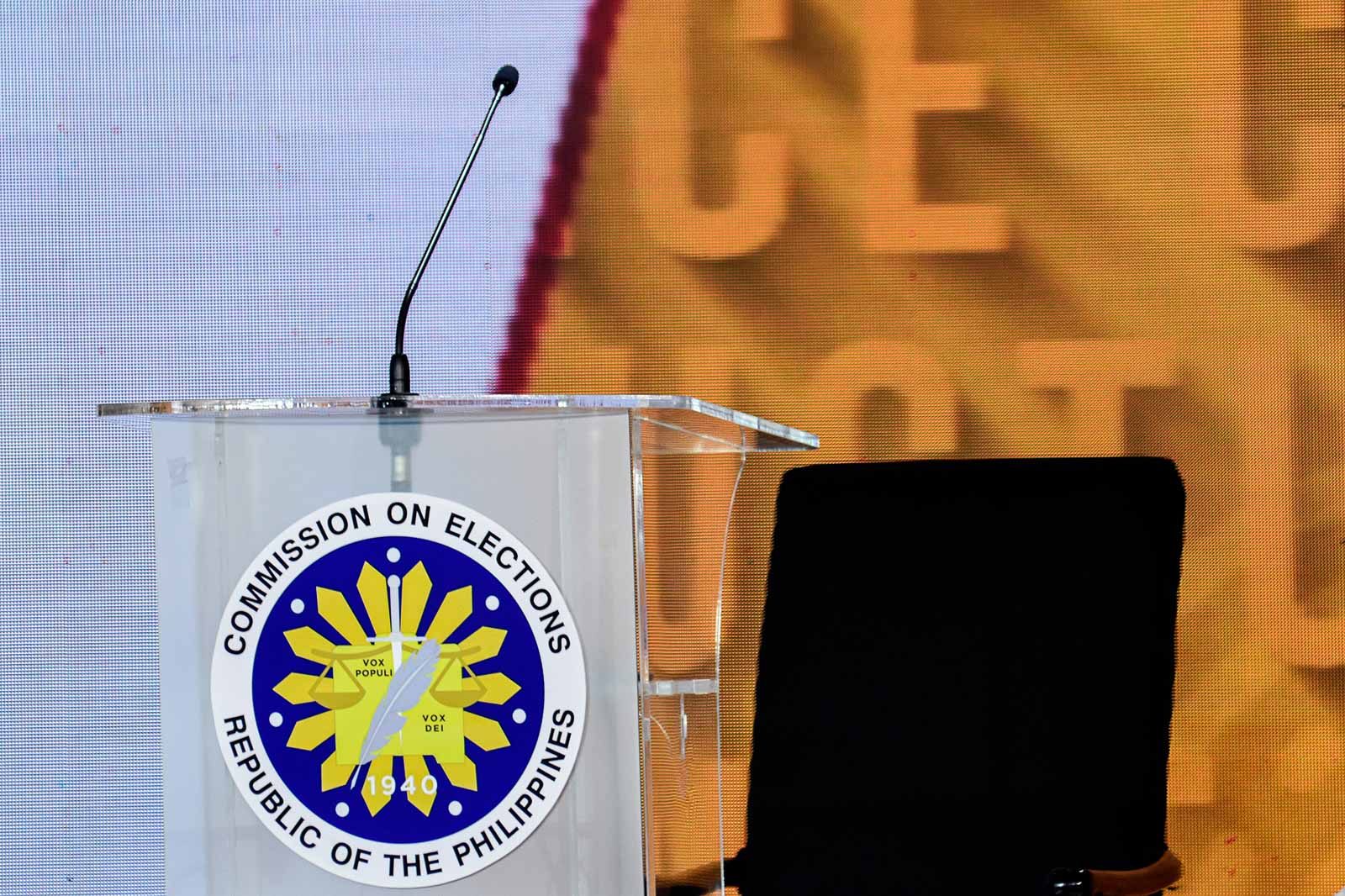 ABSENT. An empty seat and podium reserved for Ferdinand Marcos Jr during the first Comelec presidential debate at the Sofitel Hotel in Pasay City on March 19, 2022. 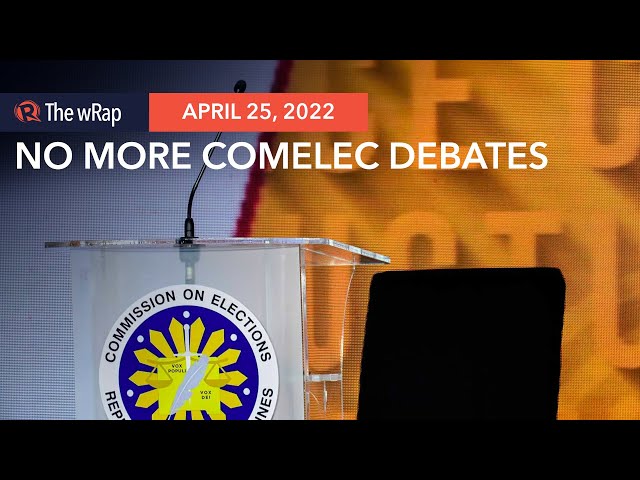 MANILA, Philippines – The last two debates organized by the Commission on Elections (Comelec) will no longer push through despite a last-minute attempt to salvage the ill-fated event series, in the wake of a debt fiasco involving its former production partner.

After a falling out with Impact Hub Manila, the Comelec sought the help of the Kapisanan ng mga Brodkaster ng Pilipinas (KBP) to mount the last two debates, but Commissioner George Garcia announced on Monday, April 25, that “inevitable scheduling conflicts” among the candidates will make it virtually impossible to go ahead with the final leg.

The rescheduled debates were supposed to be held on April 30 and May 1, from the original April 23 to 24.

Instead, the Comelec and the KBP will hold a candidates’ forum from May 2 to 6, taped, with each participant entitled to a one-hour interview.

“Wherever they want, if they want to do it virtually or face-to-face, we will adjust,” Commissioner George Garcia said on Viber.

Some presidential and vice presidential candidates slated to attend the debates originally set on April 23 and 24 were noncommittal following the Comelec’s change of plans.

Presidential aspirant and Senator Panfilo Lacson and his running mate Senate President Vicente Sotto III have said they were likely to skip the last debates. Pacquiao said he would show up if debate-averse Ferdinand Marcos Jr. will be there too.

On Friday, April 22, the Comelec had to make the “embarrassing” announcement – Garcia’s words – that the debate in coming weekend won’t push through, after Rappler and other media organizations broke the story about Impact Hub Manila’s P14-million debt to Sofitel.

An April 20 demand letter said that checks signed by Impact Hub Manila chief executive officer Ces Rondario were “dishonored” by the banks “for being drawn against insufficient funds.”

Sofitel had threatened to back out from its obligations as debate venue partner should Impact Hub Manila fail to settle its dues by Thursday, April 21.

The Comelec has launched an investigation into the matter, with Commissioner Rey Bulay leading the probe. 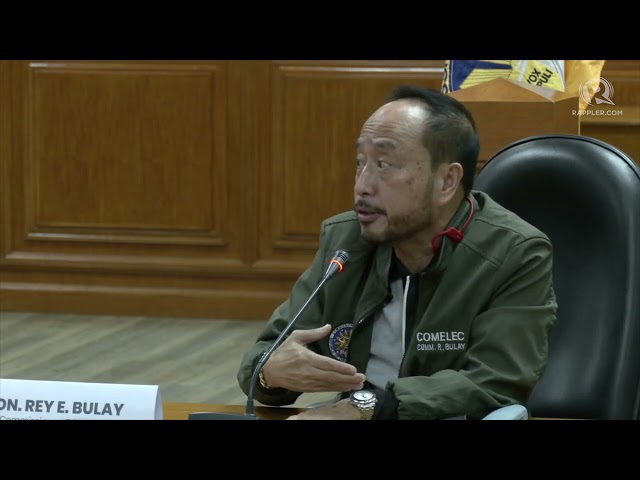 He sought a formal explanation from several high-ranking officials to find out why the Comelec entered a partnership “which appears to be manifestly and grossly disadvantageous to the government.” – Rappler.com