FACE-OFF. Presidential aspirants meet for the second time for the Commission on Elections debate in Pasay City on April 3, 2022.

Facebook Twitter Copy URL
Copied
(1st UPDATE) The Comelec moves the remaining debates to April 30 and May 1, with KBP as its new production partner. The poll body apologizes to candidates for the inconvenience. 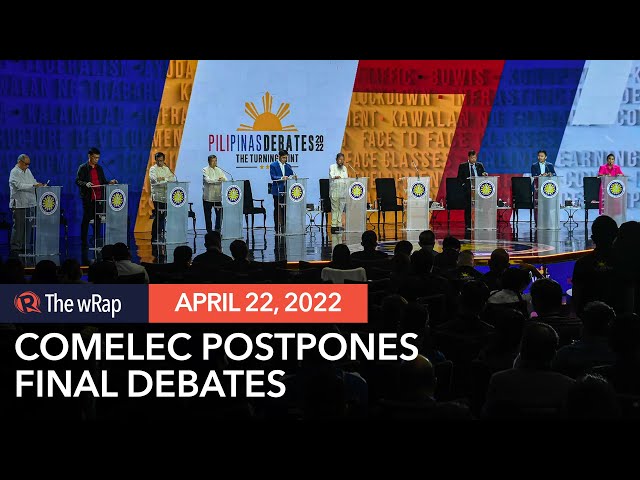 MANILA, Philippines – The Commission on Elections (Comelec) postponed its final presidential and vice-presidential debates to April 30 and May 1 after the Comelec’s contractor got embroiled in an issue over a P14-million debt to debate venue Sofitel.

The debates were initially scheduled on Saturday and Sunday, April 23 and 24. 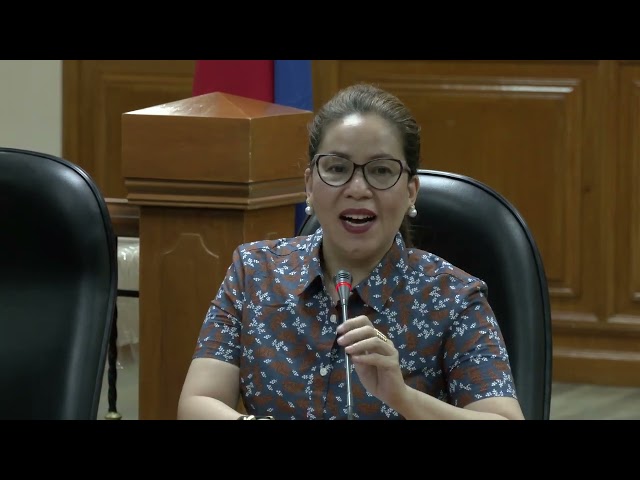 Details of the place, time, and other technical concerns will be finalized by Monday at the latest.

“Chairman Saidamen Pangarungan and the entire Comelec en banc are very thankful to the KBP. Imagine, we only called them this morning. In a matter of 5 to 10 minutes, they said, ‘for the country,'” Garcia said.

The poll body also apologized to the candidates, who were already informed about the change in schedule.

Rappler reported on Thursday, April 21, that lawyers of Philippine Plaza Holdings (PPHI), owner of Sofitel, threatened to back out from its duties as debate partner should Impact Impact Hub Manila, the startup behind Vote Pilipinas, fail to pay its P14-million debt.

An April 20 demand letter said that checks signed by Impact Hub Manila chief executive officer Ces Rondario were “dishonored” by the banks “for being drawn against insufficient funds.”

Impact Hub Manila was legally obliged to pay PPHI a total of P20.595 million in four tranches from March 16 to April 20, but as of Wednesday, April 20, it had yet to receive P14.095 million.

During Friday’s press conference, Comelec commissioners were unable to thoroughly explain what went wrong, and asked the public to give them a week to investigate.

Garcia, however, confirmed that Sofitel representatives did visit them on Wednesday, seeking assistance.

The Comelec insisted no funds were released to Impact Hub Manila, and committed that all legal documents in relation to its arrangements with the startup will be released to the media.

“I am now seeking a letter demanding an explanation from all parties concerned. That is public record,” Commissioner Rey Bulay said.

Rappler reached out to Rondario multiple times, but she declined our calls.

Vote Pilipinas, the group made by Impact Hub Manila, is playing a major role for the 2022 elections. Not only is it the Comelec’s official debate production partner, but also its voter information campaign partner.

But Rondario said in February that Vote Pilipinas was conceived only after the 2019 polls, when she realized 70% of her team in Impact Hub Manila were not registered voters.

Impact Hub Manila claims to be 100% Filipino owned and operated, and is “duly registered with the Philippine Securities and Exchange Commission and respective government agencies,” according to its website.

How the Comelec organized the debates for the 2022 elections differs significantly from six years ago. For the 2016 elections, it partnered with media organizations, which shouldered all production and venue expenses. – Rappler.com