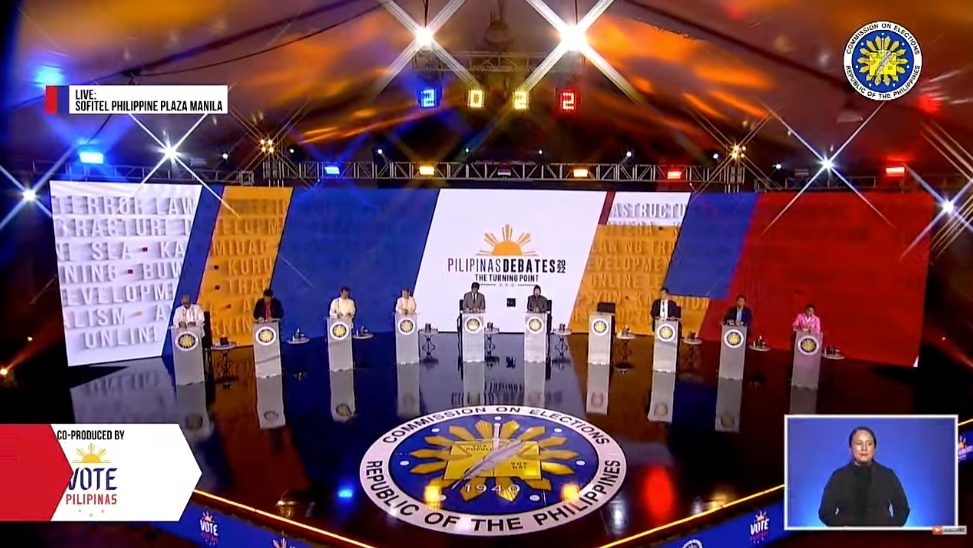 MANILA, Philippines – The final debates organized by the Commission on Elections (Comelec) that are scheduled on Saturday and Sunday, April 23 and 24, run the risk of cancellation after the poll body’s contractor failed to fully pay Sofitel Garden Plaza, the official venue for the highly anticipated debate series.

Rappler learned that lawyers of Philippine Plaza Holdings (PPHI), owner of Sofitel, sent a demand letter to Impact Hub Manila, the Comelec’s partner for the PiliPinas Debates, on Wednesday, April 20.

The letter said checks signed by Impact Hub Manila chief executive officer Ces Rondario were “dishonored” by the banks “for being drawn against insufficient funds.”

Under the agreement between PPHI and Impact Hub Manila, the latter is required to pay a total of P20.5 million in four installments from March 16 to April 20.

PPHI has yet to receive P14.095 million, however, due to the checks that bounced.

“Unless our client is paid the full outstanding balance of P14,095,000 in either cash or through credit card by 12 noon tomorrow (Thursday, April 21), our client will be constrained to suspend all its remaining deliverables under the event contract,” the demand letter read.

A source told Rappler that Impact Hub Manila has yet to settle its obligations as of Thursday.

The 2022 elections is a first for Impact Hub Manila.

During a memorandum of agreement signing in March, Rondario said Vote Pilipinas started when she realized only after the 2019 midterm polls that 70% of her team in an earlier company were not registered voters.

Impact Hub Manila is the Comelec’s production partner for the staging of the debate series. Its funders are unclear.

In a TeleRadyo interview on Thursday night, Comelec Commissioner George Garcia told the public to “watch out” for the poll body’s press conference on Friday morning, April 22, when asked whether the debates would push through.

He, however, maintained that Sofitel remains to be the debate venue.

On the issue of bounced checks, Garcia said: “The one who should answer that issue is the owner of the check. But the Comelec, definitely, will not issue bounced checks.” – Rappler.com