BRIEFING. Commissioner Marlon Casquejo speaks during a Comelec press briefing on Monday, May 9.

Facebook Twitter Copy URL
Copied
'In my opinion, this is already the last dance of our vote-counting machines,' says Comelec Commissioner Marlon Casquejo

MANILA, Philippines – The Commission on Elections (Comelec) said it will push for the replacement of vote-counting machines (VCMs) that have been used in three straight national elections, after reports of technical problems marred the conduct of the consequential May 9 vote.

“In my opinion, this is already the last dance of our vote-counting machines,” Comelec Commissioner Marlon Casquejo said in Filipino in a press briefing on Monday. “We will no longer use them in 2025.” 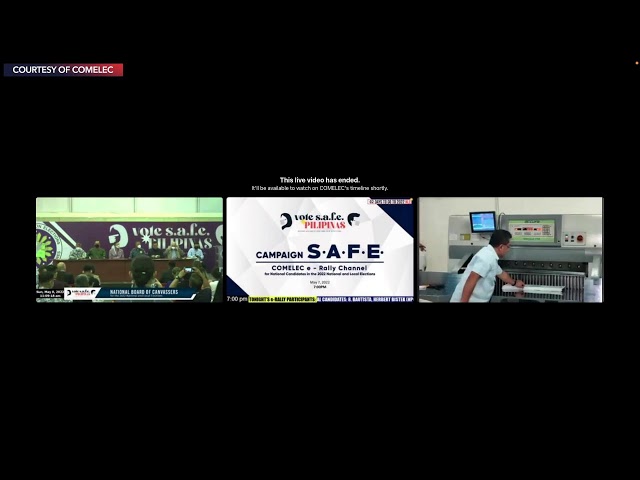 Acknowledging that the quality and efficiency of the machines have deteriorated over time, the Comelec refurbished the VCMs in 2021 with the help of tech poll provider Smartmatic.

When the Philippines shifted to automated polls in 2010, Filipinos first used VCM’s predecessor called precinct count optical scan (PCOS). The PCOS machines were used again in 2013, before it was let go in favor of VCMs in the 2016 polls.

PCOS machines were only used in two elections; the VCMs from 2016 have now been in operation in three.

The Comelec first leased the VCMs from Smartmatic six years ago, before buying it in 2019 for P7.9 billion. As of 4 pm on Monday, 168 vote-counting machines were found to be defective, 44 of which were already replaced by contingency VCMs.

Over 1,800 machines, meanwhile, had minor issues as of 10 am on Monday, but they have been fixed, according to Comelec Commissioner George Garcia. These issues include paper jams, rejected ballots, and machines not printing properly

If the Comelec is keen on letting go of its VCMs, the funding for their replacement must be included in the national budget. – Rappler.com