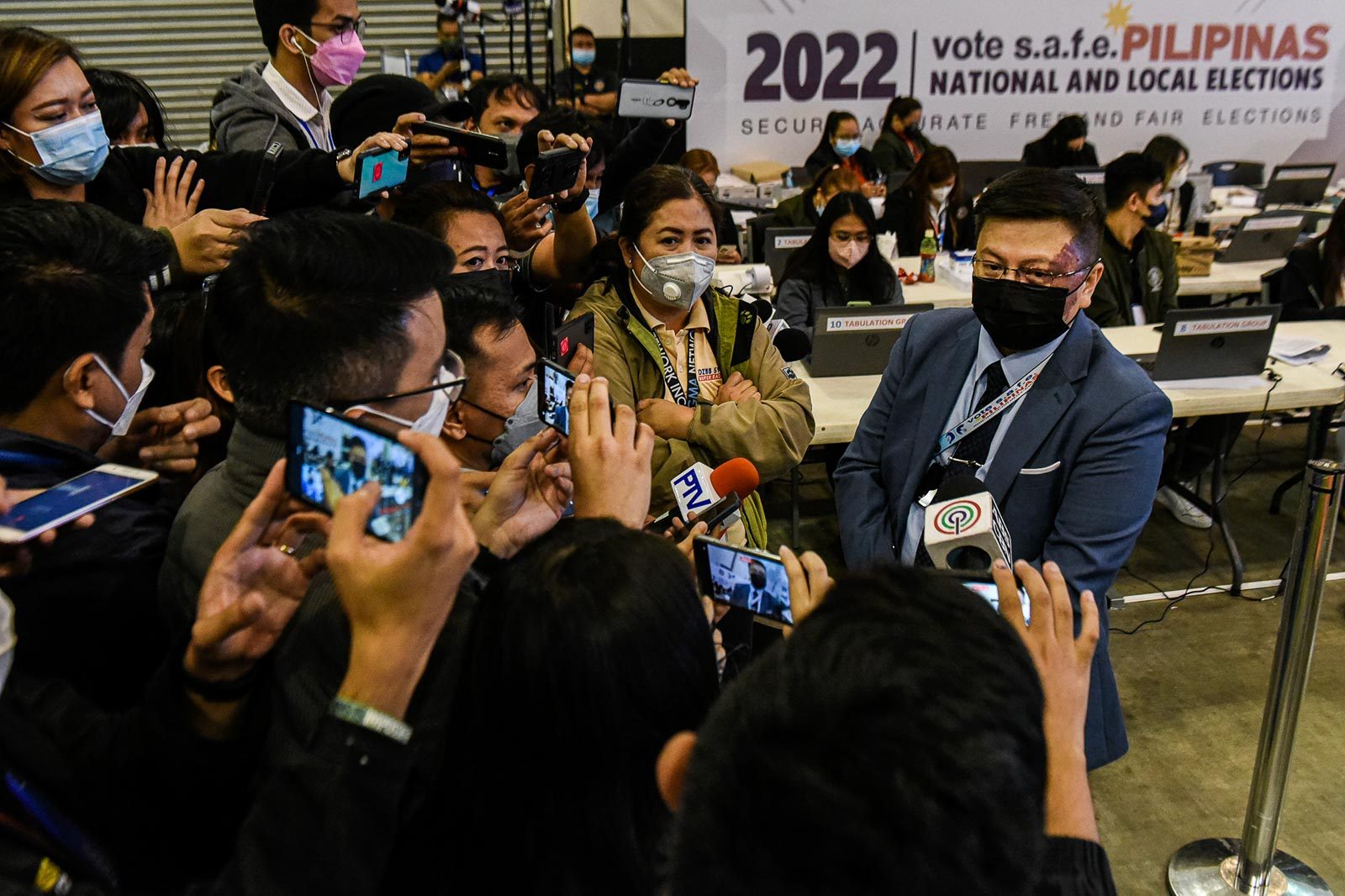 Comelec acting spokesperson John Rex Laudiangco answers questions from the media before the suspension of canvassing proceedings on May 10, 2022.

Facebook Twitter Copy URL
Copied
One angle the Comelec is looking into is the possibility that the cops, who might have been deputized to man the polls, were tearing unused ballots after voting ends

MANILA, Philippines – The Commission on Elections (Comelec) said it is in the process of vetting a viral video which purportedly showed en in police uniform tearing automated ballots inside a classroom.

The poll body has also yet to verify where the tearing of ballots in the video took place, but the viral post on Facebook indicated the incident took place in Cotabato City.

Personnel of the Philippine National Police (PNP) served as electoral board (EB) members in the city on Monday, May 9, after teachers who were supposed to man the polls backed out due to supposed fear for their safety, the Comelec previously said.

On Wednesday, the Comelec said it sought the assistance of the National Bureau of Investigation (NBI) regarding the incident.

“One indication is, although this report has yet to be vetted, maybe what happened was, they were tearing the unused ballots, but perhaps, those were spoiled ballots,” acting Comelec spokesman John Rex Laudiangco said in Filipino in a press briefing.

“This will be investigated thoroughly and we will be very transparent,” he added. 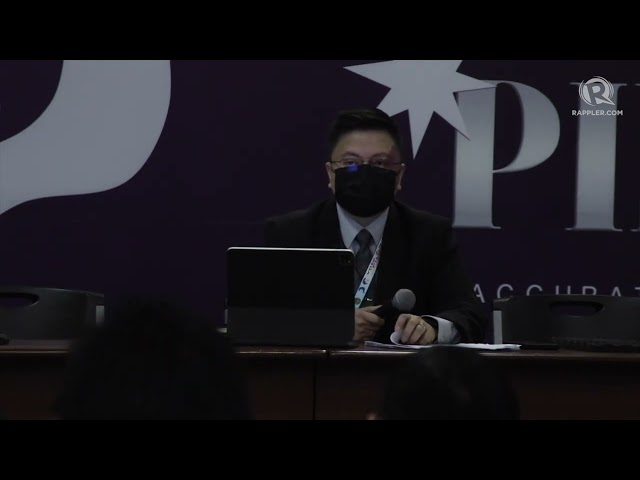 Commissioner George Garcia also gave the police the benefit of the doubt.

“We cannot accuse yet the PNP, it’s so unfair. Maybe that’s not their people,” he said.

Under Comelec Resolution No. 10727, electoral boards are required to tear unused ballots in half, lengthwise, after voting, and place the two halves in separate envelopes.

Republic Act No. 10756 or the Election Service Reform Act also allows the police to “render election service as a last resort” in areas where the peace and order situation raises the need to do so. – Rappler.com