FINAL TEST. Officers and members of the electoral board test and seal vote counting machines at the Rafael Palma Elementary School in Manila on May 4, 2022, in preparation for the 2022 Philippine elections.

MANILA, Philippines – A total of 1,310 vote-counting machines (VCMs) broke down on election day and had to be replaced, the Commission on Elections (Comelec) reported on Tuesday, May 31.

“After reverification with our operation center, we found out that what we have is 1,295 VCMs which were replaced for domestic, and for overseas, there were 15 VCMs replaced,” Comelec Commissioner George Garcia told the Senate electoral reforms panel, chaired by Senator Imee Marcos. 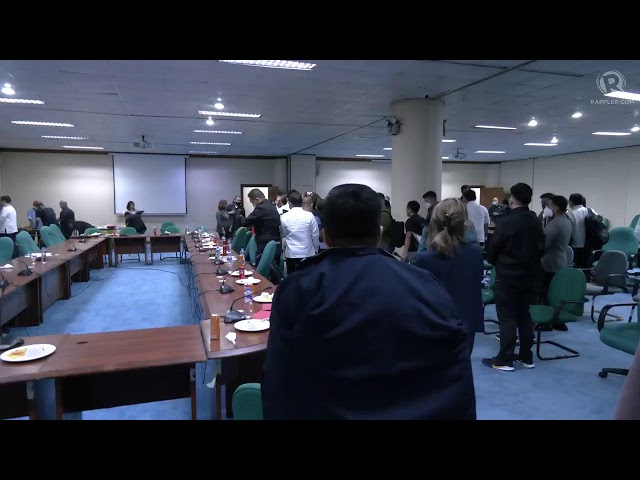 In the morning of election day, Garcia initially reported that around 1,800 VCMs suffered glitches. In later days, the Comelec revised the figure to 915.

Garcia added on Tuesday that 618 SD cards were also found to be faulty.

Comelec Commissioner Rey Bulay noted that these figures were lower than in 2019, when around 1,400 machines and 2,256 SD cards malfunctioned.

The 1,310 faulty VCMs also accounted for only a percent of the total number of machines deployed to polling precincts on May 9, although the defects affected tens of thousands of voters.

Acknowledging that the quality and efficiency of the machines have deteriorated over time, the Comelec refurbished the VCMs in 2021 with the help of tech poll provider Smartmatic.

Chairman Saidamen Pangarungan said that the Comelec will push to lease new VCMs for the 2025 midterm elections.

Garcia also agreed that the around 97,000 machines first used in the 2016 elections should be retired.

Comelec Deputy Executive Director for Operations Teofisto Elnas confirmed that around P6.7 billion will be needed to replace the said VCMs.

But Marcos said that the more feasible scenario is that Congress allots the budget for a partial replacement. She, however, asserted that the machines should be interoperable, in case the Comelec decides to pick a VCM provider that is not Smartmatic.

“Does it have to be confined to Smartmatic all the time, given they are the only ones to provide and refurbish the old ones?” Marcos asked. “Kinakailangan parehong makina, so palaging Smartmatic (The machines have to be the same, so they’re always from Smartmatic). Despite many complaints, we seem to renew the contract time and time again.”

Funding for the replacement of the VCMs must be included in the national budget. – Rappler.com