Facebook Twitter Copy URL
Copied
But the privilege of the writ of habeas corpus is not suspended during election season, and speech can only be regulated if it poses ‘clear and present danger’ 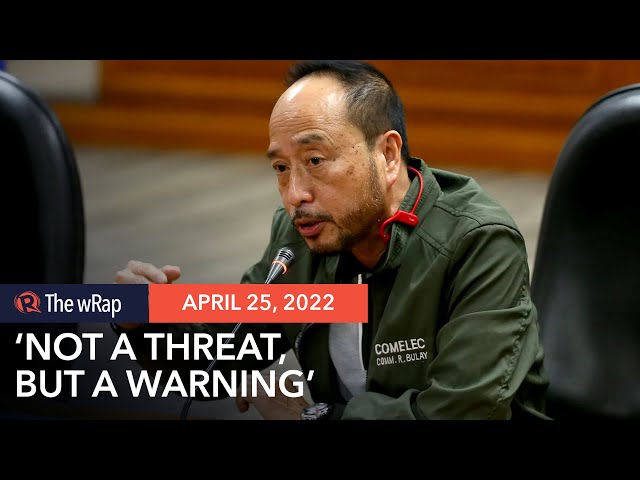 MANILA, Philippines – A high-ranking official of the Commission on Elections said he will not hesitate to use the Armed Forces of the Philippines, an agency deputized by the Comelec during elections, to deal with – and even detain – critics who threaten to undermine the election process.

Comelec Commissioner Rey Bulay made the “personal” warning during a press briefing on Friday, April 22, touting his credentials as previous chief prosecutor of Manila.

(To those commenting that the Comelec is siding with anyone, or committing election cheating, I warn you, we will not hesitate to call upon the AFP which in this time is under Comelec control to arrest you.)

(So if you plan to sow discord in the results of this election, please know that what we in the Comelec want are a credible, clean, and peaceful elections.) 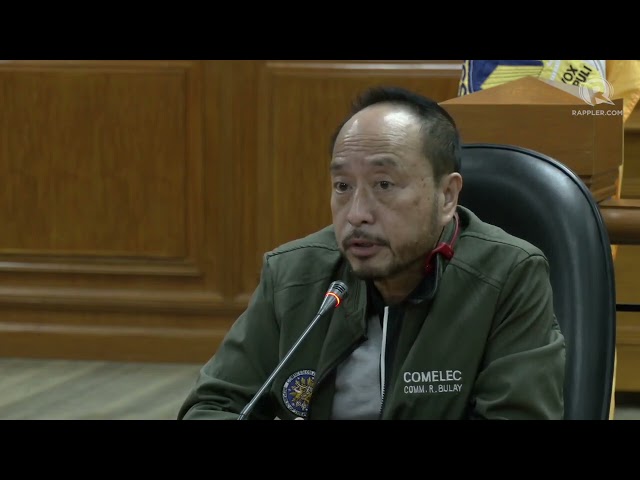 The privilege of the writ of habeas corpus is not suspended during election season, meaning everyone enjoys the basic constitutional right of due process. A warrantless arrest is only valid for crimes caught in the act, and moreover, free speech can only be regulated in very extraordinary circumstances.

The Duterte government has tried to restrict speech by saying that some critical comments pose “clear and present danger,” a standard set by jurisprudence to regulate speech.

But human rights lawyers agree: clear and present danger has a very high threshold – the imminent danger is extremely high, and the evil sought to be avoided is extremely serious.

Bulay, also a former Muntinlupa councilor and Presidential Commission on Good Government commissioner, is a Comelec newcomer who joined the commission just six months away from the May 9 polls, Duterte, his frat brother, President Rodrigo Duterte, appointed him in November 2021.

Bulay’s comments were made after Comelec Commissioner Socorro Inting, in a statement read by fellow Commissioner Aimee Ferolino, scored a group of Vice President Leni Robredo’s supporters for asking the Comelec to be nonpartisan.

Inting, a Duterte appointee like the rest of the seven-member commission, said the appeal of supporters’ group AIM (Asian Institute of Management) Alumni for Leni was “unnecessary as it tends to sow distrust on the integrity of the Comelec.”

“Casting aspersions on the Comelec and its deputized agencies, without sufficient basis, is the last thing we need now, more so that we are already in the homestretch of the campaign,” she asserted.

“Worse, the appeal for non-partisanship and for the holding of orderly, peaceful, and credible elections on May 9 subtly conditions the minds of Filipinos that the upcoming elections is not credible should Vice President Leni Robredo lose in the presidential race,” Inting added.

It is unclear why Inting got offended with Robredo supporters’ statement, which only reminded the Comelec that their task is “to make voting safe, to ensure that voting is secret, and to protect the will of voters as expressed on the ballot.” – with a report from Lian Buan/Rappler.com