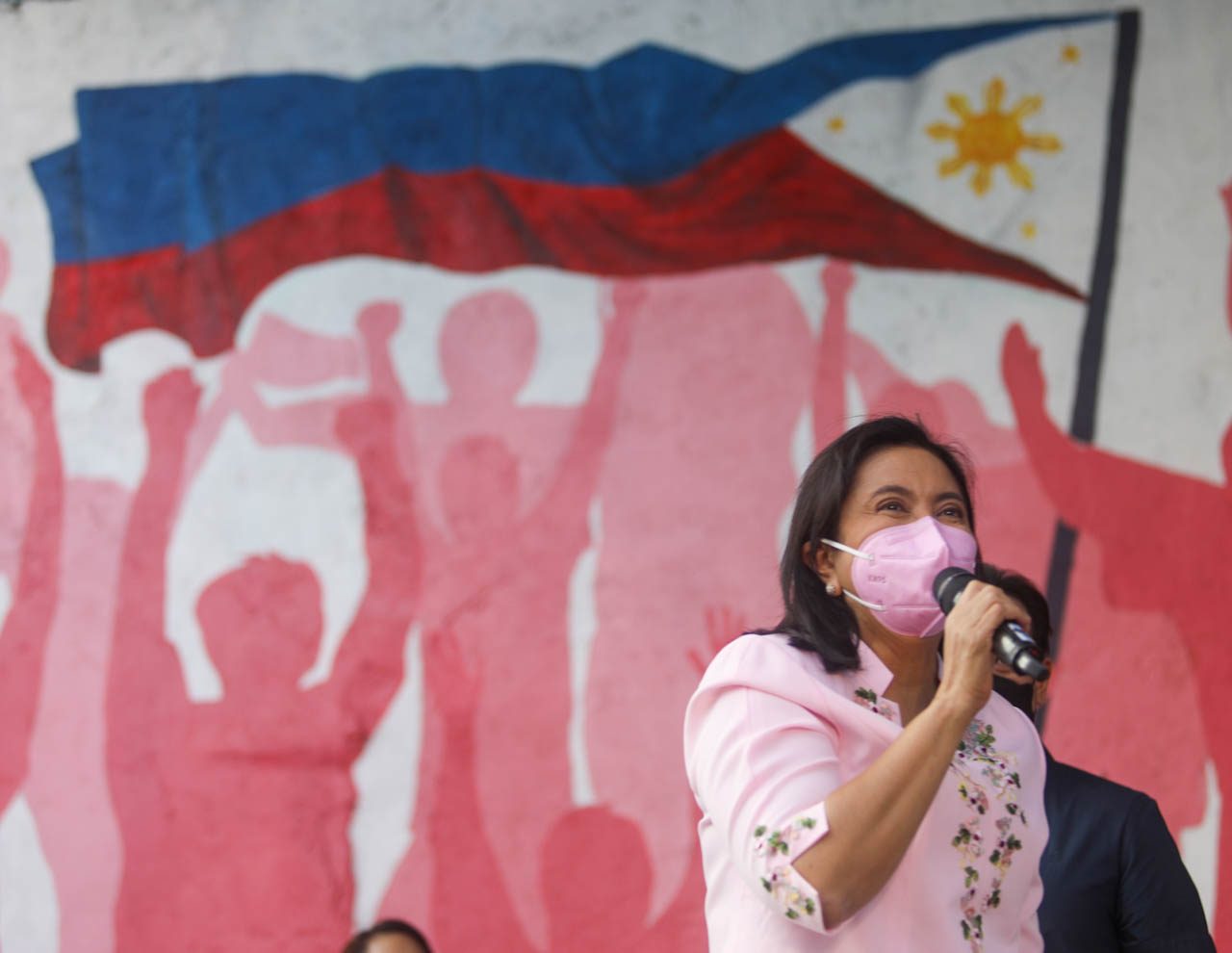 OPPOSITION LEADER. Vice President Leni Robredo on Monday, January 31, and representatives of the LENI Urban Poor (LENI UP), a coalition of nearly a thousand urban groups nationwide, signed a covenant that will address the immediate issues faced by the urban poor in the country. VP Leni was joined by senatorial candidates Sonny Trillanes, Sonny Matula, and a niece of detailed Senator Leila de Lima. The covenant signing was held at the Leni-Kiko Volunteer Center in Katipunan, Quezon City. 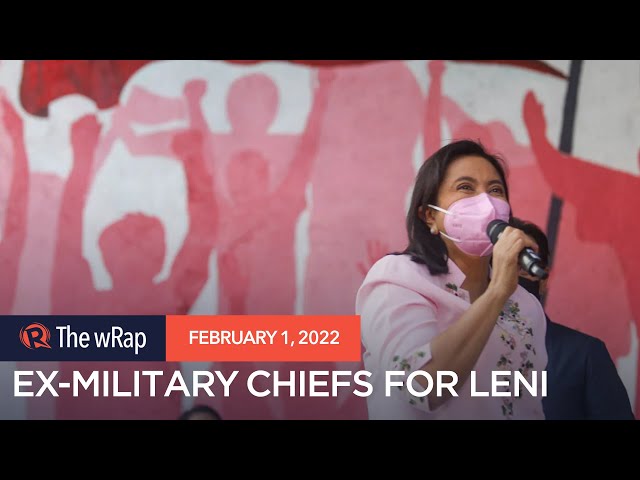 MANILA, Philippines (1st UPDATE) – Respected public servants who served under institutions traditionally known to be silent and apolitical – the military and the foreign service – are now speaking up in a rare move to endorse Vice President Leni Robredo’s bid for Malacañang.

On Tuesday, February 1, at least four former chiefs of the Armed Forces of the Philippines (AFP) and 42 retired career diplomats from the administrations of former president Benigno Aquino III, Gloria Macapagal-Arroyo, and Fidel Ramos all signed a statement of support for Robredo’s presidential candidacy.

The statement was also signed by former Cabinet secretaries and officials of Aquino, an expected move since the ex-president was the chairman emeritus of the once-ruling Liberal Party (LP) that Robredo now chairs.

Robredo is seeking the presidency as a an independent candidate, however, though her trusted LP allies continue to play key roles in her 2022 campaign.

The former government officials’ endorsement of Robredo on Tuesday also comes less than a month after 23 other Cabinet secretaries and officials under the Ramos administration also endorsed her presidential bid.

In endorsing Robredo, the ex-AFP chiefs and government officials said the next president must have a “vision of greatness, prosperity, independence, and self-respect” for the Philippines.

They said the next president must have respect for human rights and rule of law, and must have a leadership “committed to protecting our national sovereignty and one that earns the respect of the community of nations.”

This seems to be a swipe against incumbent President Rodrigo Duterte, whose bloody regime has seen a tougher crackdown against government critics and activists. Thousands have died in Duterte’s notorious drug war, now the subject of a crime against humanity investigation by the International Criminal Court.

A vote for Robredo is often seen as a vote against Duterte, who plunged the Philippines in its worst economic, political, and human rights crises in decades. Robredo, a human rights lawyer known for her firm yet compassionate leadership, is regarded as Duterte’s opposite.

“We believe that the best candidate who embodies these aspirations is a true leader who brings with her a solid track record of serving the public; one who possesses all the qualities of an ideal Chief Executive and Commander-in-Chief of our Armed Forces,” said the ex-military chiefs and government officials.

“We commit ourselves fully to Vice President Leni Robredo’s bid for the presidency to lead the Philippines on an upward path of recovery, greatness. We thus enjoin the Filipino people to give our country the leader that we all deserve,” they added.

Among the signatories are four military generals who commanded the AFP under Aquino’s term between 2010 to 2016: Emmanuel Bautista, Jessie Dellosa, Hernando Iriberri, and Eduardo Oban Jr.

Among the career diplomats backing Robredo for president is former ambassador Delia Albert, the first female Philippine foreign secretary who served from December 2003 to August 2004. She was also the first woman career diplomat to serve as foreign minister of a Southeast Asian country.

Albert was appointed by ex-president Arroyo, who is now believed to be supporting the presidential bid of Robredo’s rival Ferdinand Marcos Jr., son of the late dictator. Marcos’ running mate is Davao City Mayor Sara Duterte, daughter of the President.

By February 8, the day Robredo officially launched her campaign, an additional 47 former officials had signed the statement as well.

With less than a week before election day, more former ambassadors endorsed Robredo.

The support of the Aquino-time Cabinet secretaries and officials for Robredo comes as no surprise, as the late president himself had been instrumental in Robredo’s rise to the vice presidency in 2016.

When Aquino died in June 2021, the calls mounted for Robredo to run for president so that she could bring back the decent governance espoused by Aquino’s “Daang Matuwid” anti-corruption drive.

In a Rappler Talk interview in September 2021, just before she declared her presidential bid, Robredo acknowledged the people’s yearning for the return of decency and transparency in the wake of Aquino’s death.

Robredo’s campaign tagline is now “Gobyernong Tapat, Angat Buhay Lahat,” which in English means under an honest government, everyone’s lives will be better. 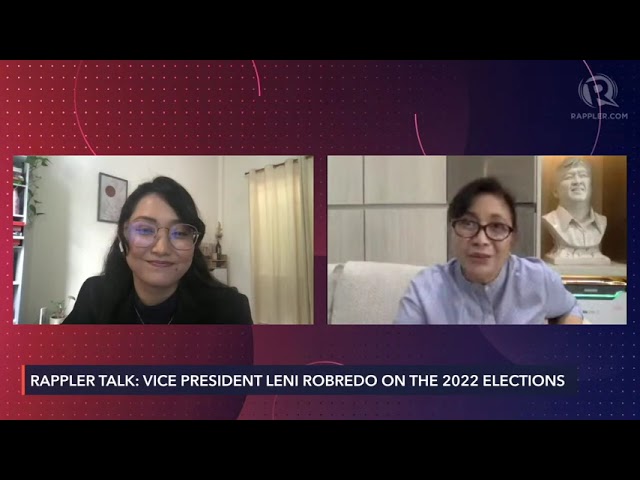 Mar Roxas is for Leni Robredo

As expected, former Department of the Interior and Local Government (DILG) chief Mar Roxas is backing Robredo’s candidacy. He was LP’s standard-bearer in the 2016 presidential race and had picked the initially-reluctant Robredo to be his running mate.

Roxas’ signature in Tuesday’s statements puts to rest rumors that he has allegedly abandoned Robredo in favor of another candidate.

Roxas is no longer active in politics after encountering three straight losses in the past national elections.

He ran for vice president in 2010 but lost to then-Makati mayor Jejomar Binay. A year after, Roxas joined the Cabinet of Aquino, his standard-bearer during the 2010 elections.

During the 2016 presidential polls, Roxas got over 9.9 million votes, placing a distant second to then-Davao City mayor Duterte, who got over 16.6 million votes.

Roxas tried to return to politics again in the 2019 senatorial race, running under the LP-led Otso Diretso slate. He finished at 16th place, a far cry from 2004 when he topped the senatorial race then with more than 19 million votes.

They have not released the names of their allies but Cerbo and Tutaan are both graduates of the Philippine Military Academy (PMA) – Cerbo belongs to Class 1984, and Tutaan, Class 1981.

Both of them also served key posts under the administration of the late president Benigno “Noynoy” Aquino III.

Before the two held the briefing at the campaign headquarters, they held a meeting with Robredo and with former AFP chiefs Oban and Iriberri, and former Navy chief Alexander Pama. The former chiefs were present through Zoom.

According to Robredo’s spokesperson, Barry Gutierrez, the meeting was initiated by Robredo’s team.

Cerbo and Tutaan said they stood with Robredo because she had the best plan for the country’s security. Robredo dubbed her platform for security as “Angat sa Seguridad,” which includes upholding the rights of the Philippines in the West Philippine Sea and responding to the “root cause” of the communist insurgency by responding to neglected communities.

With less than a month before the elections, more retired senior police officers also backed Robredo.

“We believe in her advocacies, particularly on matters of peace and order. This was the result of a consultation meeting between the Vice President and key retired PNP officers where she emphasized her commitment to the following key advocacies significant to our country’s internal security,” they said.

These key advocacies, they said, include a “continued and intensive war against illegal drugs” addressing both the supply and demand concerns by targetting big drug lords and the education and rehabilitationof drug users, respectively.

The other key advocacies are a “science-based approach to combating crimes by refocusing on the core mandate of the PNP, which is crime prevention and solution,” and rules-based fight against crime; institutional development and professionalization of the police organization; and strengthening the criminal justice system.

“Considering the foregoing platforms, we believe that Vice President Leni G. Robredo is the candidate with the required sincerity, political will, leadership, competency, and necessary moral strength and integrity to implement such critical programs for the best interest of the country. For this reason, we strongly endorse her candidacy and give our full and utmost support,” they said. – With reports from Jairo Bolledo and Rambo Talabong/Rappler.com