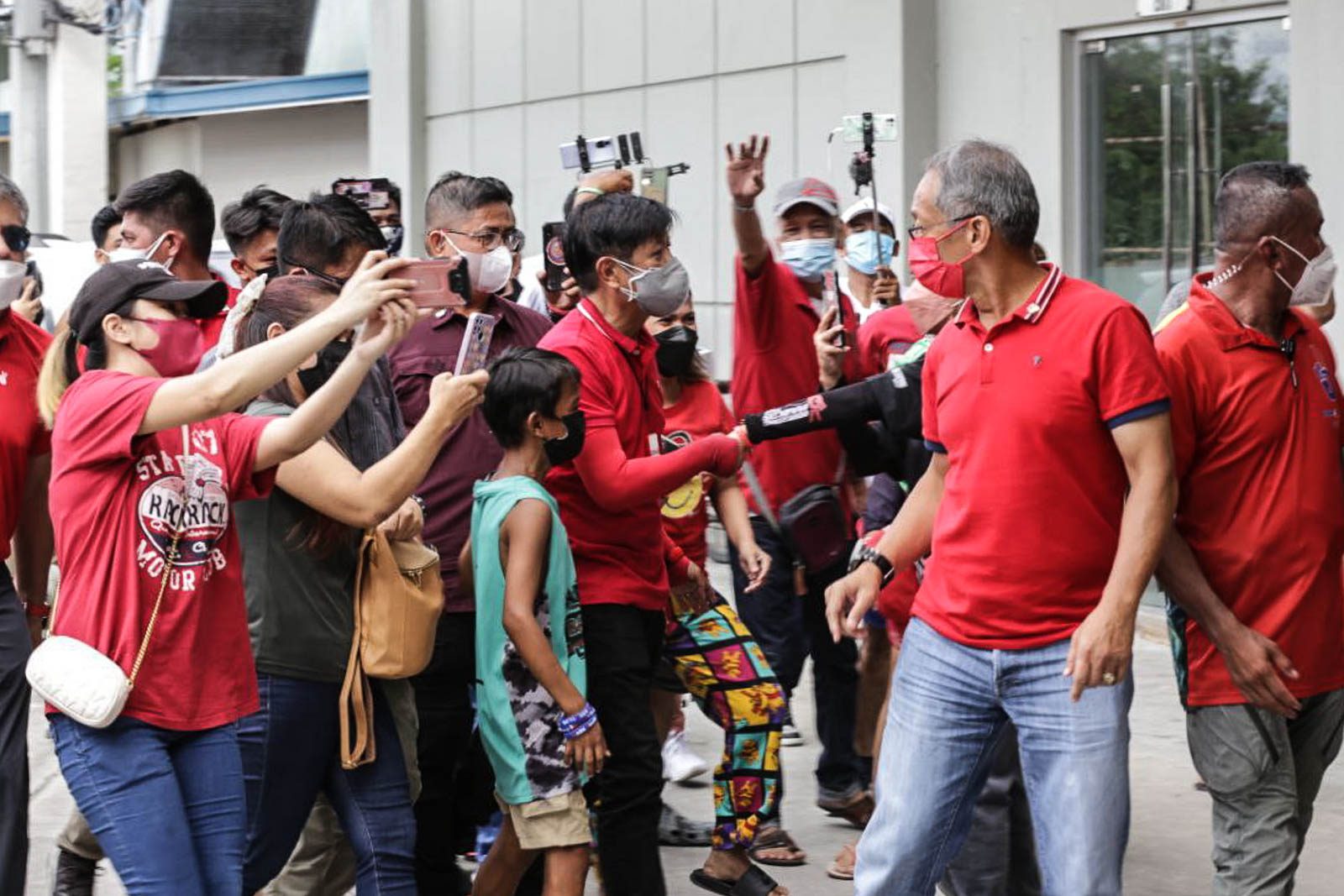 CAMPAIGN. Supporters welcome Ferdinand Marcos Jr. as he arrives at the Santa Rosa Sports Complex for a campaign rally in Laguna on March 11, 2022.

Facebook Twitter Copy URL
Copied
This time, the presidential hopeful is batting for government subsidies and the revival of a fund that was introduced by his father, the late dictator Ferdinand Marcos

MANILA, Philippines – A little over a week after he and his running mate called for the suspension of excise tax on fuel imports, presidential candidate Ferdinand “Bongbong” Marcos Jr. changed his stance, telling barangay leaders on Saturday, March 12, that the government would lose too much money if excise tax is suspended.

Instead, Marcos Jr. is proposing the reintroduction of the Oil Price Stabilization Fund (OPSF), created during the waning years of his father Ferdinand Marcos’ regime, as well as government subsidies.

(We should have an oil subsidy from the government. That way, we’d have both the oil subsidy and the OPSF. And perhaps consumers and businesses won’t feel the burden of oil price increases as much.)

(Watch Marcos Jr.’s speech in Parañaque below. He begins speaking about the OPSF, excise taxes, and subsidies from the 10:00 mark onwards.) 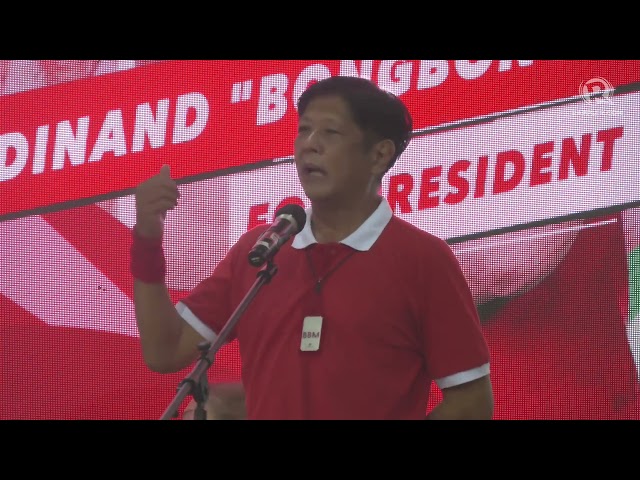 In an earlier March 3 statement, Marcos Jr. and his running mate Sara Duterte called on the government to “suspend excise tax on fuel imports as a form of subsidy for oil companies.”

Marcos Jr. had made the same call in October 2021, also in response to rising oil prices and their impact on the transport sector. It was also around this time that transport group Pasang Masda announced it was backing Marcos Jr.’s candidacy.

The former senator has long advocated for the return of the Marcos-era OPSF. Under the program, oil companies must set aside a portion of their sales as a “buffer fund.” But the OPSF wasn’t entirely successful and ate up a lot of the government’s resources, adding to the country’s debt.

In now opposing the suspension of excise tax, Marcos Jr. cited the P117 billion in revenues the country would miss out on, according to the Department of Budget and Management. Back when Marcos Jr. supported excise tax suspension, government estimates of possible revenue losses were even higher – P131 billion for 2022, according to the Department of Finance.

A House panel is eyeing the temporary suspension of taxes on select petroleum products while President Rodrigo Duterte’s economic team only wants subsidies. The proposal to suspend excise tax would result in as much as P48 billion in foregone revenues while the subsidies proposal is estimated to cost the government P6.1 billion.

It is unclear if other factors led to Marcos Jr.’s reversal of his stance. The presidential aspirant did not grant a chance interview with reporters after delivering his speech in Parañaque on Saturday. Later that day, his slate’s “grand rally” was canceled after technical difficulties caused by heavy rain.

Other presidential candidates have weighed in on rising oil prices.

Senator Manny Pacquiao has also proposed the reimplementation of the OPSF, while Manila Mayor Isko Moreno has promised to cut excise taxes on oil by 50%.

Vice President Leni Robredo has called on the government to suspend excise taxes. She made the same proposal in 2018.

Senator Ping Lacson has said he is open to reviewing the oil deregulation law, while labor leader Leody de Guzman is in favor of Congress holding a special session to address rising oil prices. – Rappler.com