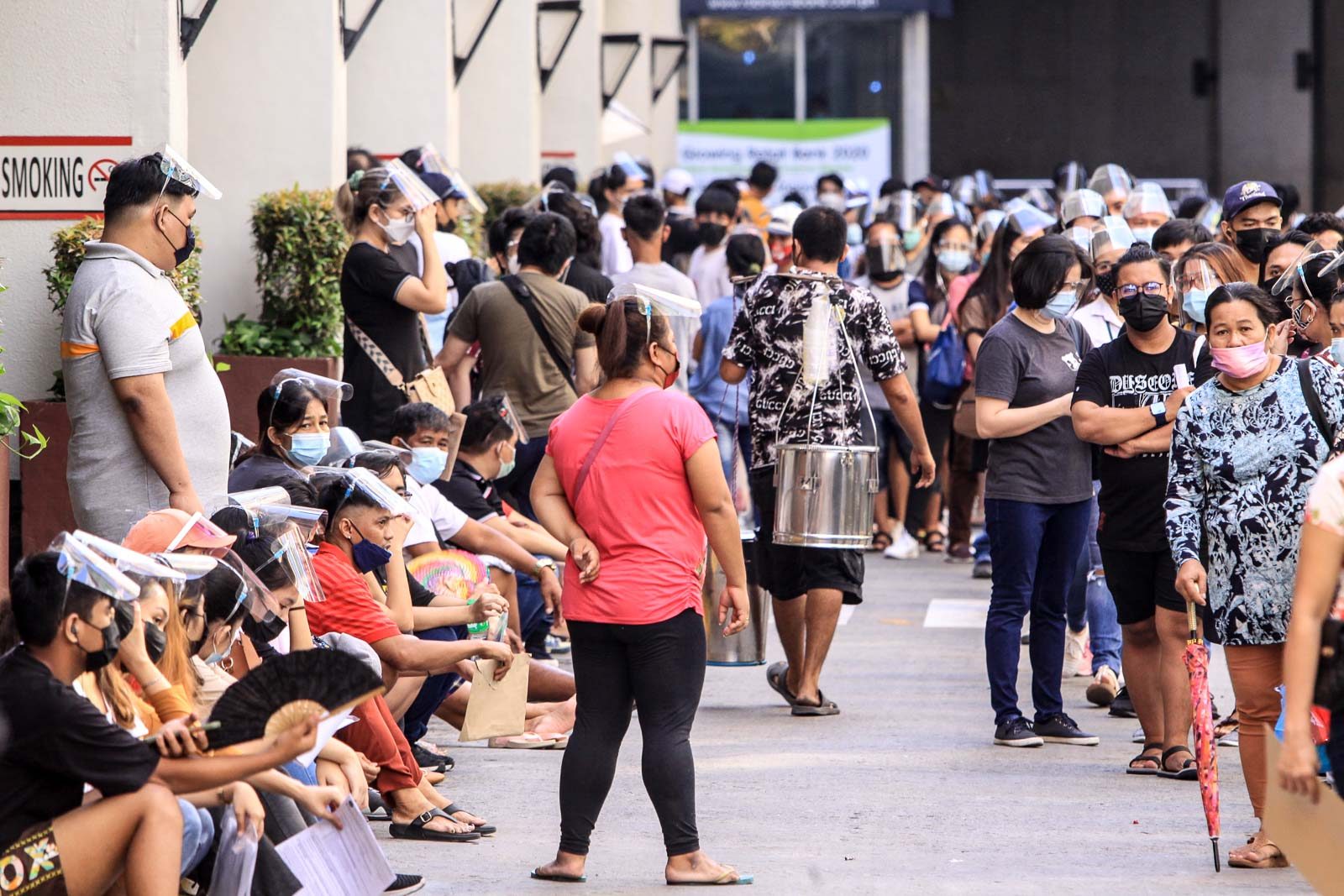 A crowd waits outside a mall in Malate, Manila on September 28, 2021 to register to vote in the 2022 elections.

Facebook Twitter Copy URL
Copied
It's a dramatic shift from the last presidential election, when only 2% of respondents said they'd turn to the internet or social media for information

MANILA, Philippines – Before coming out to vote on May 9, Filipinos will be checking out at least two major sources of information to base their choice for president: national TV stations and the internet, according to a January 2022 survey by Pulse Asia.

The survey, presented during a briefing with research consultancy firm Stratbase ADR Institute, showed that 86% of respondents turned to mass media as their source of information in choosing a presidential candidate. Of that number, 54% said they turned to national TV stations while 19% turned to the internet or social media.

A full copy of the Pulse Asia survey, held from January 19 to 24, has yet to be made public.

Why does this matter? In the run up to the 2022 elections, those two major sources of information in the Philippines face major issues.

ABS-CBN, the largest media network in the country, was shut down in 2020 after the House denied it a new franchise. Stratbase Group founder and managing director Victor Andres Manhit said that currently, GMA-7 is the sole leader among TV stations, but they expect TV5 and its news products to also grow soon.

ABS-CBN has since returned to free TV in a limited capacity and has channeled its efforts on its streaming presence.

The internet and social media is also in trouble in the Philippines. Rappler investigations found that in 2021, disinformation on social media persisted amid the COVID-19 pandemic and in the lead-up of the 2022 elections.

Despite the rise of the internet and social media as a source of information in choosing a president, Manhit said “it’s mainstream media that shifts the environment.” He cited the backlash that presidential candidate Bongbong Marcos Jr. got after he called multi-awarded journalist Jessica Soho biased. The network pushed back, telling Marcos Jr that Soho’s “questions are tough because the job of the presidency is tough.”