Facebook Twitter Copy URL
Copied
Although constant vote ratios throughout the unofficial count are not indicative of election cheating, there have been several reported incidents of alleged fraud, voter suppression, and other cases of election-related violence that hindered voters from casting their ballot or sought to alter vote counts.

At 8:24 pm, Monday, May 9, Comelec released its first consolidated batch of electoral returns (ER) from its transparency server. In the presidential race, Vice President Leni Robredo lost to former senator Ferdinand “Bongbong” Marcos Jr. by a margin of 548,611 votes. Throughout the night, each successive batch release appeared to retain the same ratio of Robredo’s votes over Marcos Jr.’s.

The uncanny consistency of this ratio raised the eyebrows of several analysts, who said that the linear trend of vote difference across time has a very high r-squared value, which they claimed, is characteristic of manipulated data.

Precinct level election results are electronically released by Comelec in batches every few minutes to transparency and media server end users, which media outlets then render to the public. Each batch contains data from several ERs that do not necessarily transmit at the same time.

Using transmission time data from each ER, we can plot the vote ratio of Robredo’s votes in relation to Marcos Jr.’s in real-time.

Vote ratio here still appears to be constant, but only after 44% of all total votes had been transmitted, amounting to around 29.6 million votes. At this point, a considerable amount of votes had already been accounted for so that this can be considered representative of the total voting population.

To investigate the diversity of where these ERs are coming from, we broke them down by region, showing a similar cumulative increase for each region. This means that regardless of time, the number of precincts transmitting increased at a similar rate across all regions, and we can say that each region was well represented at all times.

Finally, we compared the data above to previous elections. Shown below is the vote ratio of former local government secretary Manuel “Mar” Roxas’ votes in relation to President Rodrigo Duterte’s votes in the 2016 presidential election. “Stability” was also observed after a certain number of votes were counted.

This phenomenon was also observed even in the 2013 midterm elections, where senator ranks had more or less been fixed within the first couple of hours, even if results weren’t complete. Differences were observed once we filtered out individual regions.

Such is the law of large numbers: the larger the sample size, the more it approximates the characteristics of the entire population.

Although constant vote ratios throughout the unofficial count are not indicative of election cheating, there have been several reported incidents of alleged fraud, voter suppression, and other cases of election-related violence that hindered voters from casting their ballot or sought to alter vote counts. – Rappler.com 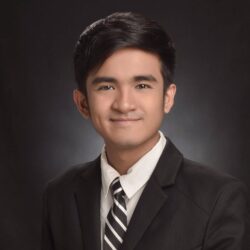