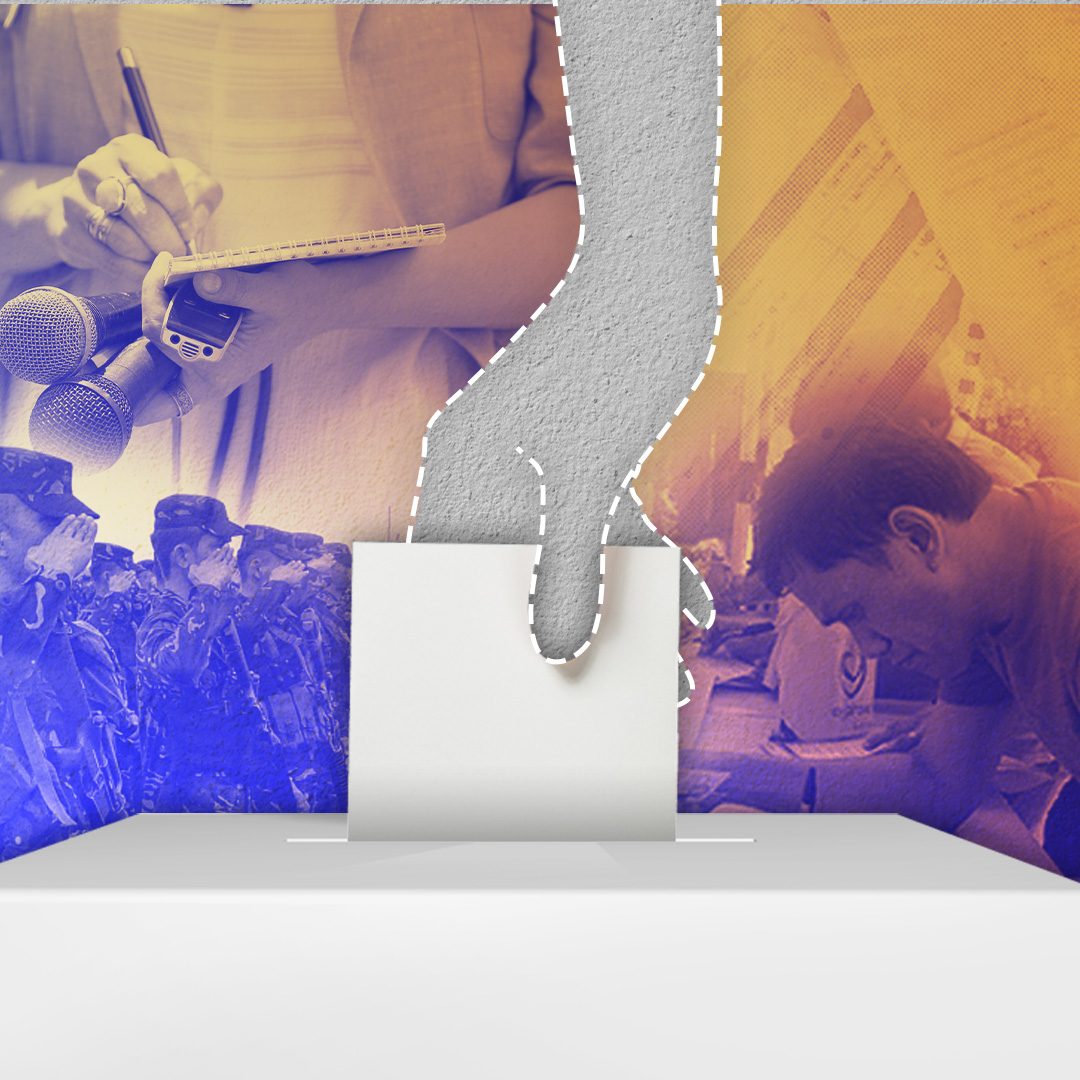 The Commission on Elections (Comelec) issued Resolution No. 10725 on Friday, October 29, providing specific guidelines for the conduct of local absentee voting for the 2022 elections.

Below are the highlights of the Comelec resolution.

Who can take advantage of local absentee voting?

The following can avail themselves of local absentee voting:

How can they apply for local absentee voting?

Fill out the forms that can be downloaded from the Comelec website.

For government officials and members of the PNP and AFP:

Their heads of offices, supervisors, commanders, or officers next-in-rank – to whom they will submit the application form – may administer the oath for them.

The heads of offices shall then prepare a Sworn Certified List of Applicants.

Media practitioners who want to avail themselves of local absentee voting must attach to their application form a certification from their heads, attesting that they are bona fide members of the media organization and that they cannot vote on May 9, 2022, due to their election duties on that day.

Freelance journalists whose services are availed by media companies for election coverage will be compelled to submit a certification under oath, attesting to their assignments on election day, and attach a “proof of such fact.”

Online publishers’ certifications under oath must: one, indicate the URL of their website, which shows their names “as part of the reporting team for that site”; and, two, state that they are in active pursuit of “gathering and distributing online election content.”

The application forms shall be affirmed before any notary public. If not, their papers must be sworn to before the following:

When is the deadline for applying?

The deadline of filing of application forms for local absentee voting is March 7, 2022, as also stated in Comelec’s election calendar released in February 2021.

The Comelec announced that they will begin accepting applications for local absentee voting on November 10.

By March 10, the heads of offices or the Comelec election officer concerned should have submitted the Sworn Certified List of Applicants and completed application forms to the Committee on Local Absentee Voting (CLAV), headed by Commissioner Socorro Inting.

Where and when can they vote?

How will local absentee voters cast their ballots?

The system of voting is manual, from voting to counting to canvassing.

Participants cannot vote for local posts. They can only vote for president, vice president, senators, and party-list group.

Voters must accomplish a ballot secretly. Once done, they must place the ballot inside an envelope, seal it, and submit it to the heads of offices or concerned election officer.

There shall be an isolation area where people with COVID-19 symptoms will be allowed to cast their ballots.

Government officials, as well as AFP and PNP members, who are positive for COVID-19 on the days of local absentee voting but are quarantined in a facility located within the premises of their office where the place of voting will take place can still cast their ballots. The ballots will be brought to the said quarantine facility.

How will votes be counted?

The CLAV, based at the main Comelec office in Intramuros, Manila, must receive the envelopes containing the local absentee ballots from heads of office or concerned election officers “not later than the close of polls for the May 9, 2022 elections.”

A reception and custody unit (RCU) from the Comelec will place the envelopes inside ballot boxes, which must be secured until they are delivered to special electoral boards (SEBs) for counting upon closing of polls on May 9.

SEB members shall be fully vaccinated, and must come from the Comelec’s Electoral Contests Adjudication Department, unless there are not enough ECAD personnel.

The SEB will convene at one place to conduct a public counting of the ballots. Watchers must have an unimpeded view when the ballots are being read, and when the election returns and tally board are being accomplished.

The SEBs will submit the election returns to a special board of canvassers, which is composed of fully vaccinated ranking lawyers of Comelec ECAD. The SBOC shall not adjourn until the canvass has been finished.

How will the pandemic affect local absentee voting?

In many ways, the COVID-19 crisis has severely impacted the Comelec’s preparations for the 2022 elections.

Aside from requiring critical local absentee personnel from the Comelec to be fully inoculated against COVID-19, watchers – who are representatives coming from national candidates, political parties, and citizen’s arms – must present a negative RT-PCR test result taken within 48 hours prior to the start of the counting and canvassing of votes.

A specific section of Comelec Resolution No. 10725 also notes the strict observance of health protocols during the process.

Similar resolutions in the past in connection with the 2022 polls have also underscored the need to minimize coronavirus risks in the conduct of election-related activities.

The May 9, 2022, vote will be the first major electoral process in the Philippines to be conducted against the backdrop of a pandemic. – Rappler.com