PRO-LABOR. Workers group Partido Lakas Manggagawa march with Leody de Guzman who will file his certificate for candidacy for President in the May 2022 polls, at the Sofitel hotel in Pasay City on October 6, 2021. 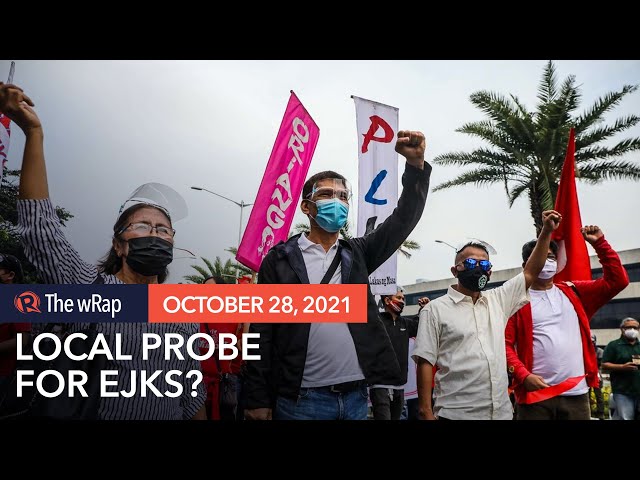 Labor leader and presidential aspirant Leody de Guzman said if he wins, he would order a local probe into the thousands of extrajudicial killings which transpired under the administration of President Rodrigo Duterte.

“Bukod doon sa ICC (International Criminal Court), dapat talaga magkaroon ng imbestigasyon tayo, sarili natin (Aside from the ICC, we should really have a local investigation, our own probe),” De Guzman said in a Rappler Talk interview on Tuesday, October 26. 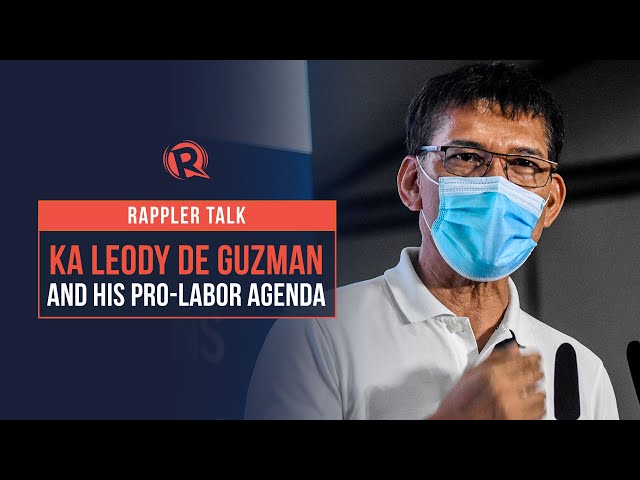 The labor leader is the standard bearer of his party, Partido Lakas ng Masa. De Guzman has retired University of the Philippines Professor Walden Bello as his running mate.

As a campaign promise, Duterte launched the drug war, which sought to eradicate the drug problem in three to six months. However, aside from the fact that illegal drug trade remains active in the Philippines, more than 7,000 individuals were also killed from 2016 to 2021.

The justice department probed a token number of cases of drug war killings. In its most recent probe, the Department of Justice revealed that the national police kept drug war abuses internal and imposed only light penalties. Two years into Duterte’s term, the ICC started its preliminary examination to determine whether the drug war-related case against Duterte fell under their jurisdiction. Duterte responded by withdrawing the country from the ICC.

However, even with Duterte’s withdrawal, the ICC opened an investigation into Duterte’s bloody anti-drug campaign.

(Yes, she is a victim. She is the perfect image of political persecution that Duterte has made. She should be freed because there’s no substantial evidence proving their accusations against her.)

De Lima, a staunch critic of Duterte, is accused of conspiring to run a drug trade at the New Bilibid Prison to allegedly fund her 2016 campaign. The opposition senator said the so-called trumped-up charges filed against her stemmed from her criticism of Duterte’s drug war.

In February this year, a Muntinlupa court acquitted De Lima in one of her three cases. – Rappler.com