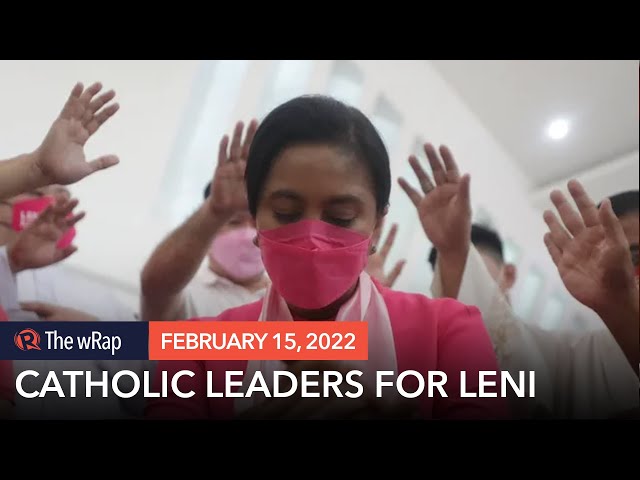 “All things considered, among the candidates who have laid out their political platforms and applied for the highest and the second highest posts of the land, we adjudge that it is Vice President Maria Leonor ‘Leni’ G. Robredo and Senator Francis ‘Kiko’ Pangilinan who best fit the job to be the next president and vice president of the Philippines,” read their statement published on Saturday, February 12.

Their group, “Pari Madre Misyonero Para Kay Leni,” forms part of a growing movement in the Philippine Catholic Church to endorse the Robredo-Pangilinan tandem. Other Catholic groups endorsing them include the De La Salle Brothers of the Taft Community, who founded one of the Philippines’ leading universities, and leaders of the popular organization Ligaya ng Panginoon, which is supporting a candidate for the first time in nearly 50 years.

Bishop Pablo Virgilio David, as leader of the Diocese of Kalookan, also earlier gave his blessing to efforts by lay groups in south Caloocan, Malabon, and Navotas to endorse Robredo and Pangilinan. David is also president of the Catholic Bishops’ Conference of the Philippines, which has not released any statement about specific 2022 candidates.

Their voices run in stark contrast to the controversial Mike Velarde of the Catholic charismatic group El Shaddai, who is supporting the late dictator’s son Ferdinand Marcos Jr. and his running mate Sara Duterte. El Shaddai’s spiritual adviser, Bishop Teodoro Bacani Jr., disowned this endorsement, saying it was Velarde’s own decision that was not cleared with the group’s elders.

According to the group, Robredo and Pangilinan possessed three “essential qualities” that the country’s leaders, a set of criteria developed “after much prayer, discernment, scrutiny, discussion, and consultation with the grassroots of various sectors and local communities.”

These qualities include “moral ascendancy and aptitude to lead the country (Marangal),” “a respect of the basic human rights and a resolve for universal equality (Makatao),” and “a patriotism for the Philippine nation, ensuring the greater interest of its citizens (Makabayan).”

Several congregations have previously expressed their support for the Robredo-Pangilinan tandem.

After their “collective discernment,” the De La Salle Brothers of the Taft Community released a statement “unanimously” expressing support for tandem’s bid for having “unceasingly defended out fundamental liberties” and for continuing “to work in solidarity with those who empower and improve the plight of the poor and vulnerable sectors.”

For the first time in their almost five-decade history, the Council of Coordinators of the Catholic lay group Ligaya ng Panginoon explicitly endorsed a presidential candidate’s bid.

“As leaders, we must take a stand today for the future. Therefore, after much prayer and discussion, in view of what we sense as exigent circumstances and recognizing that we are taking an unprecedented step, we, the members of the Council of Coordinators, choose to strongly support the candidacy of Vice President Leni Robredo for President,” their statement dated February 7 read.

Ligaya’s leaders cited Robredo’s positions on certain issues – including her opposition against the death penalty and extrajudicial killings as well as her “advocacy for the marginalized and the vulnerable” – as reflective of the Christian values their group holds dear.

“Our future depends on the results of the coming elections. As Christians, we cannot be silent in the face of systematic and continuing historical revisionism (which includes the organized spreading of disinformation and outright lying by some quarters in the guise of information),” the Ligaya leadership said.

Popular in parishes and founded in 1975, the Ligaya ng Panginoon Community is a “family-based transparochial community” that emerged from the Catholic charismatic movement. Ligaya is the mother community of Christ’s Youth in Action, Ang Lingkod ng Panginoon, Tahanan ng Panginoon, Cradle of Joy Catholic Progressive School, and Pathways Ministry. Some now-independent organizations such as Couples of Christ and the Brotherhood of Christian Businessmen and Professionals also emerged from the Ligaya community.

The board of the Sangguniang Laiko ng Pilipinas, the lay arm of the CBCP, announced that it has reached a “majority decision” endorsing Vice President Leni Robredo’s candidacy.

“With our current political-economic turmoil and the pandemic situation in the Philippines, we firmly believe that Vice President Leni Robredo, a God-fearing person, is the most capable candidate for the Presidency, and we urge our constituents, if possible, to consider the same,” the group said in a statement first released on their Facebook page on Monday, February 14.

Eleven board members voted in favor of the decision, with three abstentions and one absence. Their decision was reached after “a series of listening sessions” and “personal evaluations, through prayerful discernment” of the candidates’ profiles and platforms.

The group, however, expressed reservations on Robredo’s stances regarding the SOGIE Equality Bill, same sex civil unions, and decriminalization of abortion, which would need “further dialogue and cooperation.”

Unlike the Iglesia ni Cristo that practices bloc voting, the Catholic Church as an institution has refrained from endorsing or denouncing candidates. Exceptions include the aftermath of the snap elections of February 7, 1986, when the CBCP denounced fraud and said the Marcos government therefore “has no moral basis.” 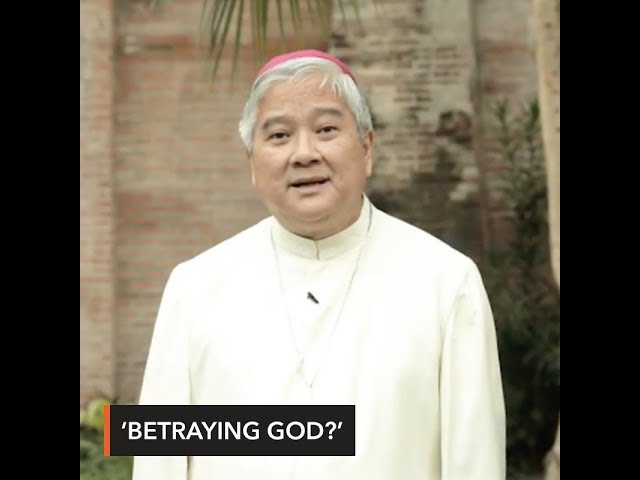 On an individual level, however, individual priests and religious have supported or campaigned against particular candidates. Such instances include when the Diocese of Bacolod campaigned against “Team Patay” candidates, or those who supported the Reproductive Health Bill, and when Archbishop Socrates Villegas suggested in 2019 that supporting Duterte’s bets is a betrayal of God. – Rappler.com