QC police arrest, jail without warrant a driver over Twitter threat vs Marcos 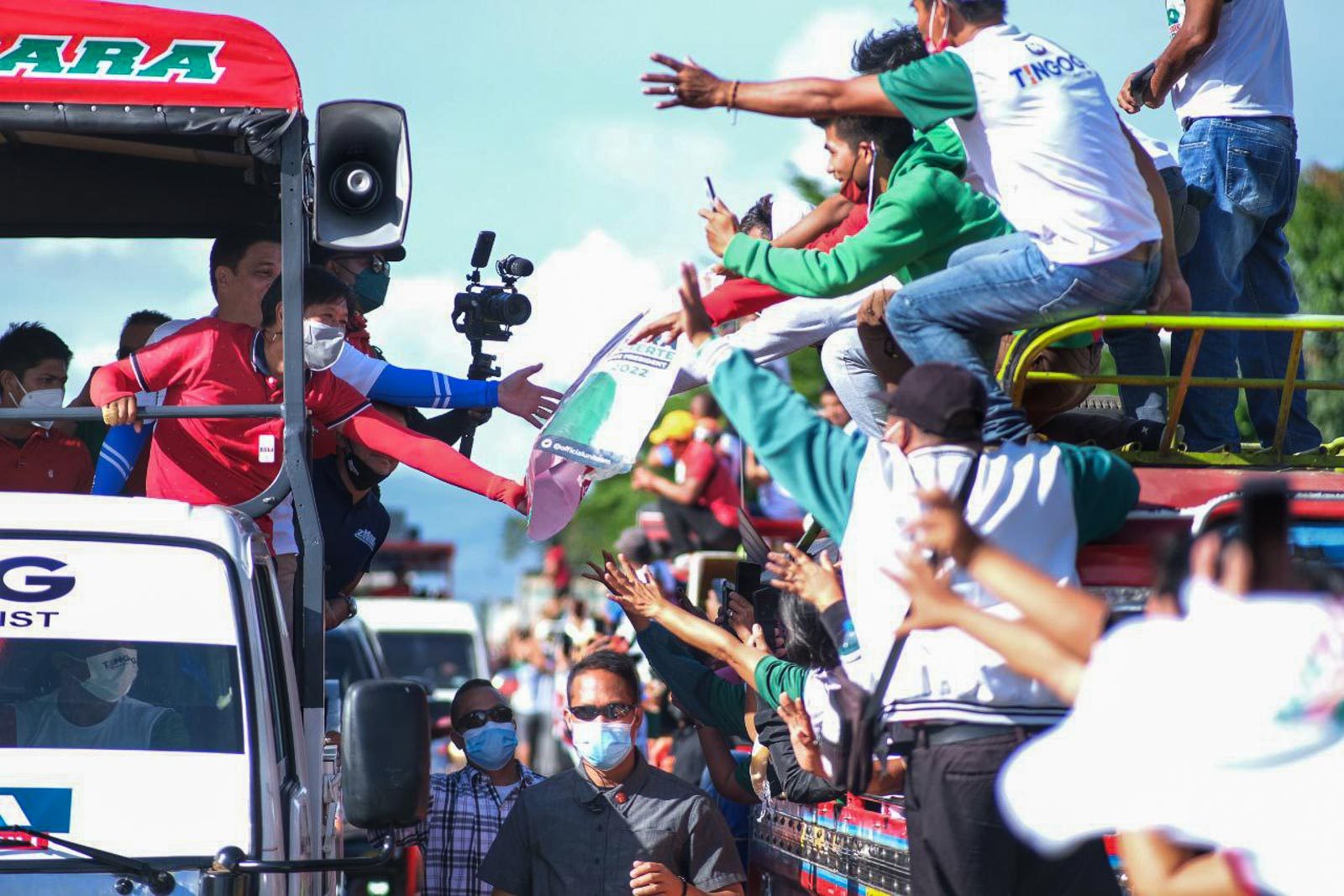 Facebook Twitter Copy URL
Copied
Quezon City cops act swiftly to track down a netizen, and arrest him without warrant for a cybercrime offense - straight out of Duterte's lawfare playbook

It was bannered in a press release by the Marcos camp on Friday, and confirmed to Rappler both by the QCPD and the Department of Justice (DOJ).

Asked why they arrested the person without warrant, the QCPD public information office told Rappler in a phone call that the person turned himself in to the cops. Still, Prosecutor General Ben Malcontento of the DOJ confirmed that the police brought the person for inquest. Inquest is a proceeding done for warrantless arrests, a summary hearing to determine if the warrantless arrest was legal or not.

The inquest proceeding was ongoing as of writing.

The Marcos camp said the driver was annoyed that the candidate’s caravan blocked his path during a sortie, and supposedly tweeted he will shoot Marcos if he sees him.

“Representatives from Marcos’ camp lodged a complaint against him because of his Twitter post,” said the Marcos campaign press release, adding a quote from spokesperson Vic Rodriguez “commending the QCPD leadership under General Remus Medina for their quick action in apprehending the primary suspect.”

But the person is not yet considered a suspect because there is no charge yet. After a complaint is filed, it needs to go through preliminary investigation by DOJ prosecutors, who will then decide if there is basis to file a charge. If and when the charge is filed, the court will issue a warrant of arrest.

Under the rules of court, warrantless arrests are valid if the person is caught in the act, if there is probable cause to believe a crime was committed, or if it’s a fugitive on the loose. The continuing crime concept kicks in for warrantless arrests – if it’s a robber on the run, a kidnapper whose crime does not cease even when they are not at the moment committing the crime per se, or a terrorist.

Was the warrantless arrest valid?

The Marcos camp said the person was arrested and detained for grave threat related to Cybercrime. This had been a debate in the Duterte government, as the DOJ has stood by warrantless arrests for crimes like cyber libel, inciting to sedition, which previously were not considered continuing crimes.

It’s part of the Duterte playbook of lawfare.

During the pandemic, the National Bureau of Investigation arrested without warrant a teacher who allegedly posted on Twitter an offer to kill President Rodrigo Duterte, but a court in Olongapo junked the case and ruled the warrantless arrest as illegal because “mere intelligence information that the suspect committed the crime would not suffice.”

This is the second time that authorities have arrested a person over a supposed plot to harm Marcos, the first was a cyclist whom the NBI also arrested without warrant and perp walked to the media in February. The person allegedly plotted to harm Marcos in a post on TikTok. – With a report from Jairo Bolledo/Rappler.com