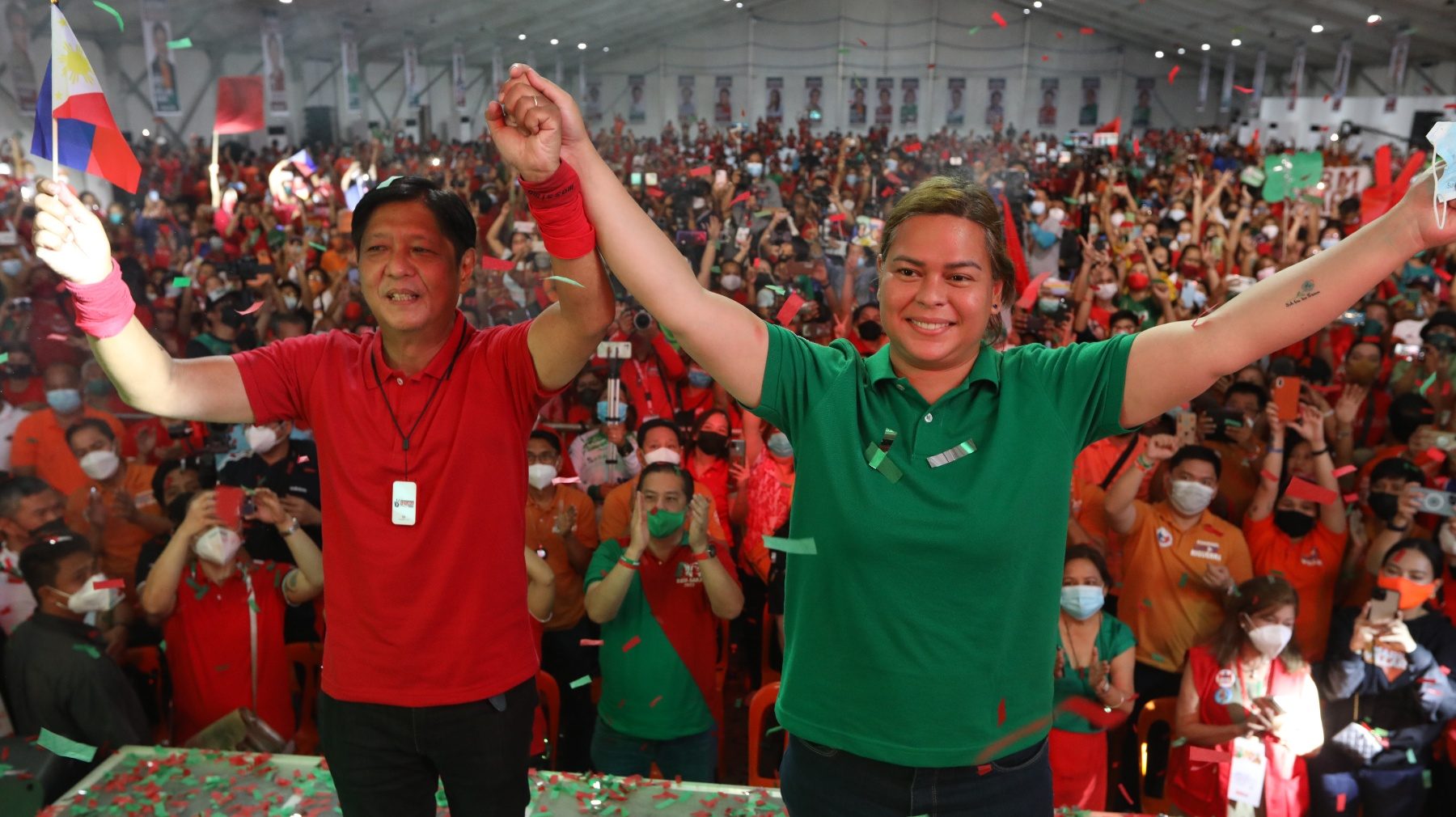 MANILA, Philippines – Former senator Ferdinand “Bongbong” Marcos Jr. emerged the winner of overseas Filipinos’ votes for the presidency in the 2022 election, according to the official canvassing by Congress on Wednesday, May 25.

The only places Marcos lost were Australia and the Vatican City, where Robredo emerged the victor. Duterte, meanwhile, was victorious in Australia, but the Vatican City still voted for Pangilinan as its winning candidate in the city-state.

Before Congress terminated the joint session, Deputy Speaker Jesus Crispin “Boying” Remulla reported that, according to the Commission on Elections, results from the Philippine embassies in Buenos Aires and Syria had not yet transmitted their results. There were 515 registered voters in the areas under the embassies’ jurisdictions with 129 who casted their votes.

“We do not want to disenfranchise any Filipino voter, however, at this late stage, we concur with the findings of the House panel… that we may conclude today’s canvassing, as anyway, the votes will not change the ranking of any of our candidates,” said Senate Majority Leader Juan Miguel “Migz” Zubiri.

Overseas Filipinos voted in a month-long period from April 10 to May 9 by personally casting their votes or sending their ballots to Philippine embassies and consulates by mail.

This is the second time Marcos won over the hearts of Filipinos abroad, as he had lost the vice presidential race overall but won the race in overseas absentee voting in 2016.  Duterte follows her father’s footsteps, as President Rodrigo Duterte won in his respective race in the overseas election in 2016 as well.

Filipinos in vote-rich Saudi Arabia, the United Arab Emirates, and China (which includes Hong Kong’s votes) were pillars of Marcos’ path to victory as he won 184,462 of his votes in those countries alone.

In Australia, it was a Robredo-Duterte win. Robredo garnered 4,487 votes in Australia, while Duterte got 4,590 votes.

The Vatican City was the only foreign post that chose Robredo and Pangilinan together as their top picks. In the city-state where mostly members of the Catholic clergy reside, Robredo got 191 votes compared to Marcos’ 98 votes, while Pangilinan got 136 votes alongside Duterte’s 126 votes.

Generations of Filipinos working or raising their children abroad were first brought out of the Philippines due to the labor export policy that the late dictator Ferdinand Marcos Sr. began. Multiple administrations have praised overseas Filipino workers (OFWs) as “modern-day heroes” for the billions of pesos in remittances they constantly bring back to the Philippine economy.

But experts have flagged the social cost of millions of Filipino families torn apart by migration. Perpetuating labor export also eases pressure on the government to create more jobs in the Philippines, according to University of the Philippines political science professor Jean Franco, who has written on the topic.

Like his father, Marcos Jr. plans to export Filipino workers to help stimulate the Philippine economy. Marcos Sr. implemented the “Development Diplomacy” in 1975 which saw the rise of Filipinos going to the Middle East – still a popular destination for Filipinos, many for domestic work.

The country is no stranger to reports of abuse and exploitation of OFWs in the Middle East.