Smartmatic’s 2022 deals with Comelec now worth over P2 billion The Commission on Elections (Comelec) has inked its fourth contract with solutions provider Smartmatic in connection with the 2022 polls, which means that the technology firm has secured deals amounting to P2.255 billion ($44.526 million) for next year’s vote.

The latest contract it won was worth P1.053 billion ($20.786 million), which was for the procurement of secure electronic transmission services (SETS). Smartmatic tendered a single calculated bid for that project, which had an approved budget of P1.056 billion ($20.843 million).

The poll body and Smartmatic signed the contract on October 12, and a copy of the document was posted on the poll body’s website on October 21.

As winning bidder, Smartmatic is required to provide service for “secure connectivity and transmission of election results” in 2022, based on the bidding documents. This includes the necessary hardware and equipment for the project.

Previously, Smartmatic secured the following contracts for the 2022 polls:

Aside from the said four projects, Smartmatic was also the only firm to purchase bidding documents for the project to lease 10,000 VCMs, but Smartmatic did not submit a proposal to the poll body in September, saying the approved budget of P600.503 million ($11.852 million) was too cheap.

After a failure of bidding, the Comelec raised the approved budget to P864.024 million ($17.054 million), although another round of bidding has yet to be conducted. Fixture in the Philippines’ automated polls

Smartmatic has bagged the most Comelec contracts since the Philippines shifted to automated elections in 2010. The firm claims it is 100% privately owned, and has no ties to political groups.

Election irregularities, the most recent in 2019, have damaged the credibility of Smartmatic. These include a delayed transmission of election results to the transparency server, now infamously known as the seven-hour glitch.

Following the 2019 elections, President Rodrigo Duterte urged the Comelec to junk Smartmatic’s VCMs and “look for a new one that is free of fraud.”

However, despite criticisms of Smartmatic, random manual audits of the 2016 and 2019 elections – where independent auditors manually tallied votes and compared the results with machine tallies – yielded an accuracy rate of over 99%.

Defenders of Smartmatic have pointed out, too, that its machines were used in the 2016 polls that elected Duterte, and the midterm elections three years later that Duterte’s allies won by a landslide. – Rappler.com 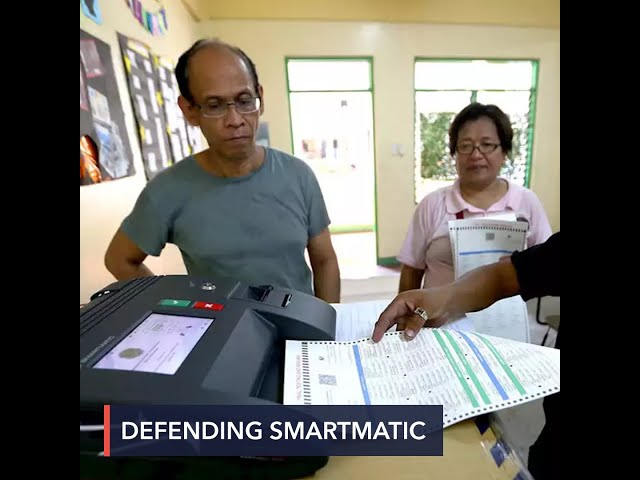