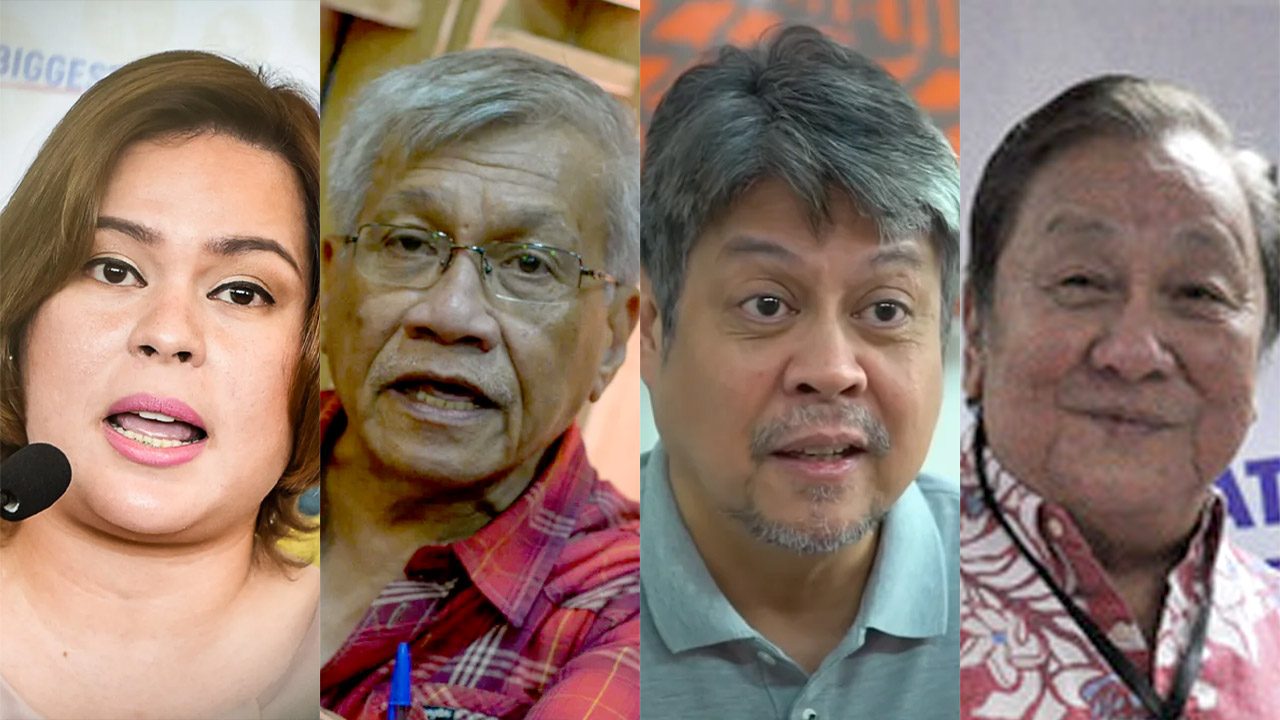 Duterte, a reservist and adopted member of classes from the country’s police and military academies, made the suggestion during an online caravan hosted by her allies in Metro Manila. When asked how she plans to involve the youth in nation building, Duterte said she would speak to Congress and lobby to make military service mandatory.

Former lawmaker Walden Bello was among the first to bristle at the suggestion, comparing the Davao City mayor to her father, President Rodrigo Duterte. His two tweets later triggered a long response from Sara the same day.

In a statement, Bello said Sara’s pronouncement – among her first policy suggestions since she made her vice presidential run official – “is a mask-off moment for the dictator-in-waiting, and should quell any doubt that the daughter will be any different from the father.”

“Yet the idea that a Duterte cares about the ability of the Philippines to protect itself from external threat is laughable given PRRD’s record of kowtowing to both the Chinese and American imperial powers,” he said.

Bello, who is running alongside labor leader Leody de Guzman, added: “A vice presidential candidate who weren’t so stuck in a militaristic mindset would know that the biggest problem with the Armed Forces is not its lack of capability, but its corruption-cum-internal repression. When we assume the vice presidency, our office would advance social justice – agrarian reform, labor and human rights, and climate action – not subject children to unjust militarization.”

Lawmaker and former Manila mayor Lito Atienza, meanwhile, said the proposal was “a step in the wrong direction.”

“Rather than giving them military training, we should strengthen their civic consciousness and capability to respond to problems that affect the nation and Filipinos in general. We have already finally dispensed with the mandatory military training in the past, realizing that it is of no real use developing the youth towards this end,” he said.

“Why should our young graduates be made to perform the task of defending the country when we have trained soldiers who are tasked to handle the country’s military needs? This is an added burden on the youth. What we should be doing instead is to harness the youth’s strength, energy, and capabilities in sports and cultural development.”

Atienza said effort should be put into training the youth for disaster preparedness, among other things. Duterte had also mentioned disaster preparedness during the same event, in the context of talking about youth programs headed by the Sangguniang Kabataan in Davao City.

Senator Kiko Pangilinan likewise opposed the suggestion, recalling that the Reserve Officers’ Training Corps (ROTC) for college students was stopped “because it became a source of rampant corruption and abuses in the past.”

(Commandants extort money or are bribed to pass students. Bribery, extortion, and corruption will just continue in ROTC if it’s made mandatory again.)

ROTC used to be mandatory but was stopped after Mark Chua, a University of Santo Tomas student who exposed corruption in the program, was killed in 2001.

Duterte is suggesting more than compulsory ROTC. She wants adults to serve the military itself, and not just as possible reservists.

While Duterte has not elaborated on her proposal following the online event, she said that those serving would get a “subsidy.”

Rappler sought comment from Senate President Tito Sotto and Willie Ong, who are also running for vice president, but they have not yet replied as of posting. This story will be updated should the two candidates send their response.

In making her pitch, Duterte cited two countries that continue to mandate military service for adults – South Korea and Israel.

In South Korea, males aged 18 to 28 are required to serve in the military for over a year and a half. There are few exemptions, mostly granted to high-profile athletes and musicians. K-pop stars are allowed to defer service until they turn 30. A 2021 Gallup poll showed that 42% of adults in South Korea supported the military system, a 6-point drop from 2016 sentiments, according to the New York Times.

The system has had its share of controversies, including stories of abuse, which were recently dramatized by D.P., a Netflix show about a team assigned to track down deserters. By July 2022, the South Korean military will begin doing away with this system of tasking rank-and-file soldiers to chase after comrades who deserted their posts.

D.P., according to a Reuters report, also put a spotlight on other points against compulsory military service – such as time lost that could have been spent working or studying. There have been calls to make military service voluntary instead. At the same time, there are talks of extending conscription to women, because of projections that the military might shrink to half its size as birth rates dwindle.

According to the New York Times, South Korea – technically still at war with North Korea – has one of the largest militaries in the world with more than 550,000 in active duty and 2.7 million reservists.

Israel, meanwhile, requires any “Israeli citizen over the age of 18 who is Jewish, Druze, or Circassian to serve in the Israel Defense Forces.” There are several exemptions, including “Israeli Arabs, religious women, married individuals, and those deemed unfit medically or mentally.” Men serve for at least 32 months and women, a minimum of 24 months.

But support for mandatory military service seems to be waning. According to the Times of Israel, close to half (47%) of Jewish Israelis “believe in canceling the draft.”

The Pew Research Institute says there are 23 countries that “authorized but [have] not currently implemented” the military draft. The United States is one of them. At least 60 countries, meanwhile, have some form of an active conscription program. Of those, 11 countries require it for both men and women.

Conscription, according to Pew Research, comes in several forms. Examples include “universal service,” which means almost all of the eligible population will serve in the military, and “selective service,” where draftees are chosen based on need from a list of those who registered. – Rappler.com