Facebook Twitter Copy URL
Copied
What should the public expect next week, when the Comelec rules on high-profile petitions against Marcos Jr.'s candidacy?

The Commission on Elections (Comelec) is soon expected to rule on high-profile cases seeking to block the 2022 presidential bid of former senator and dictator’s son Ferdinand “Bongbong” Marcos Jr.

Rappler’s Comelec reporter Dwight de Leon and Rappler’s justice reporter Lian Buan, who is covering the Marcos campaign, break down the things to expect in the promulgation of the ruling next week.

Watch the Rappler Recap video below. 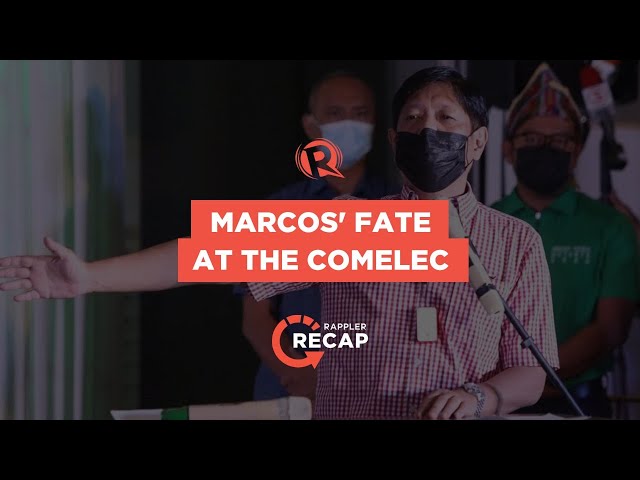 The Comelec’s 1st Division, led by the poll body’s lone Aquino appointee Commissioner Rowena Guanzon, is set to come out with a ruling on three consolidated petitions against Marcos around January 17.

The Comelec’s 2nd Division is also set to issue its ruling some time next week on a petition seeking to cancel Marcos’ certificate of candidacy.