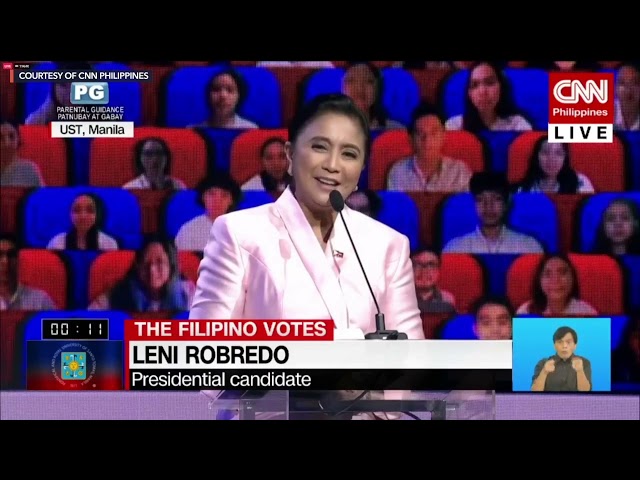 MANILA, Philippines – As part of preparations for possible election, presidential bets should already have in mind candidates for Cabinet posts and other key positions in government.

At CNN Philippines’ presidential debates aired on Sunday, February 27, candidates were asked who they would tap for their economic teams and who they would appoint as health secretary should they win in the May 2022 polls.  Choosing who will lead in the two sectors – health and the economy – will be crucial, considering reviving the economy and taming COVID-19 are among the two biggest challenges that the next president will inherit.

But less than 100 days from the elections, candidates have so far chosen to refrain from naming names. Instead, some opted to point out certain traits these key officials would need to have, while others used the questions to bring forward proposals on how to address these issues. 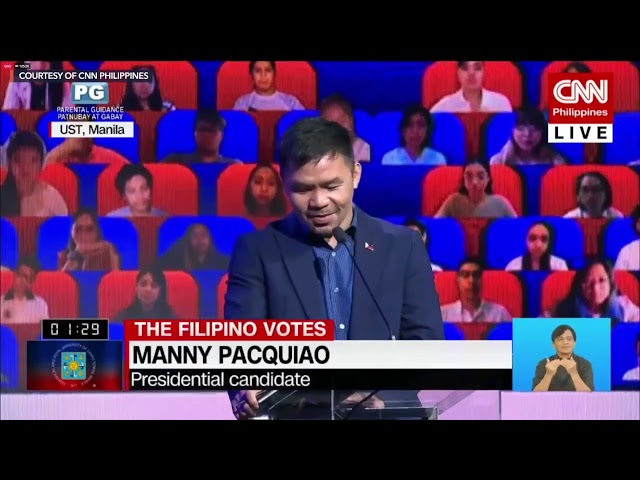 Asked who he would pick to lead the Philippines’ economic recovery, Senator Panfilo Lacon said, “I cannot name names at this point in time,” but stressed that whoever he chooses would have the expertise to back him up, and knows fully well that there is “no trade-off between health and economy.”

Citing how small and medium enterprises were hit the hardest during the pandemic, Lacson proposed having “comprehensive and targeted financial package[s]” and incentives for the sector. “Partnership between the government and the private sector should be really very close, especially when we have a crisis like this,” he said.

Former defense secretary Norberto Gonzales spoke of the need to open more sources of capital to assist peoples’ livelihood after the pandemic.

Senator Manny Pacquiao, meanwhile, said he already had someone in mind to serve as finance secretary but refused to identify his choice. Instead, he spoke about his platform to increase non-revenue tax income or funds generated outside of tax collections.

Manila Mayor Isko Moreno likewise did not name any possible appointee but touched on the need to increase the country’s competitiveness to attract foreign investments and revive public-private partnerships for infrastructure projects.

But before this, Moreno vowed, “Ang unang-una kong gagawin ay iparamdam sa inyo na may gobyerno kayong masasandalan sa hirap ng buhay.” (The first thing I’ll do is make sure you feel you have a government you can lean on during life’s challenges.)

Who will be health secretary?

For Vice President Leni Robredo, any health secretary she would appoint would need to be an expert in the field, possess good managing skills, and have the respect of their colleagues. She did not name any specific person, but stressed that the appointment would not be political.

Even before a health secretary, however, Robredo said if elected president, she would make sure to be on the ground first.

(We saw during the pandemic how we need a president who truly leads from the front. I cannot just wait for a report, I need to know first hand what is happening on the ground. We don’t have any moment to spare during times of emergency.)

For former presidential spokesperson Ernestro Abella, any health secretary would need to have three qualities: integrity, intelligence, and energy. Like other candidates, Abella did not name anyone specific, instead saying he would open up appointments to applications and recommendations.

“This will be  part of what we want to do in the first 100 days na mapuno po natin ‘yung ating Cabinet (that we fill up our Cabinet…) so that we can find…the best and the brightest,” he said. – Rappler.com