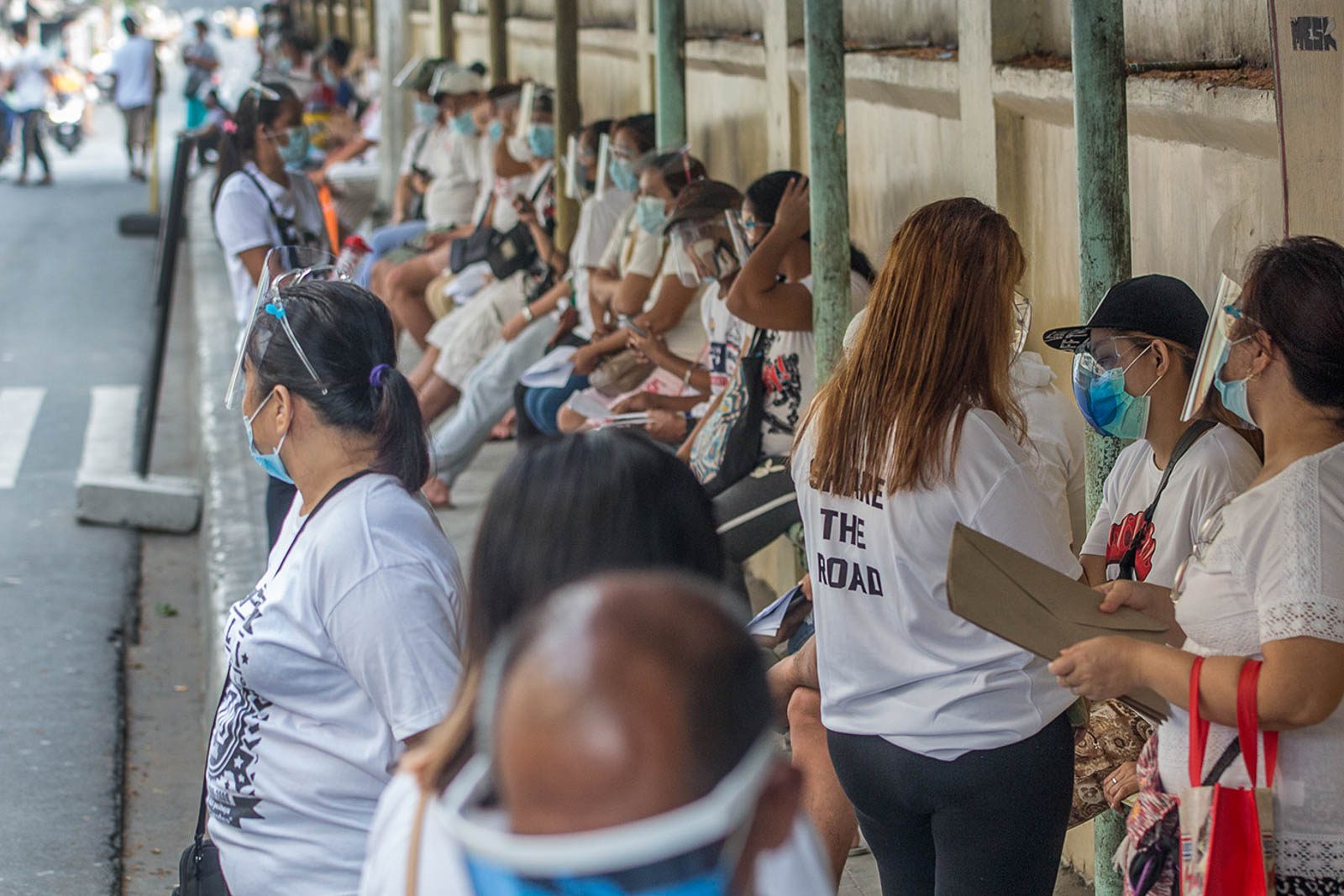 CASH AID. Residents of Barangay Bagong Silangan in Quezon City line up along the sidewalk to receive the emergency fund assistance or ‘ayuda’ from the national government on April 13, 2021. Rappler

Facebook Twitter Copy URL
Copied
Under the law signed by then-president Rodrigo Duterte, families who have received cash aid for seven years will be disqualified ‘regardless of whether or not they have crossed the poverty threshold’

MANILA, Philippines – For at least seven years – and in some cases, 13 – millions of Filipino families received a total of P537.39 billion in cash assistance or ayuda from the government, as of June 30, 2021.

Yet, nine out of 10 of these families continued living below the poverty line, according to a performance audit conducted by the Commission on Audit on the Pantawid ng Pamilyang Pilipino Program (4Ps) program.

“This means that 90 percent of the active household-beneficiaries remained below poverty threshold even after being in the program for a long period of time,” the report said.

The report covered the years from 2008 to 2021 when the conditional cash transfer (CCT) program was implemented.

The goal of the program was to help families gain their bearings financially, before they are delisted as beneficiaries so other impoverished families could be included in the list.

In 2019, however, president Rodrigo Duterte signed Republic Act 11310 or the 4Ps Act, requiring beneficiary families to be excluded from the program after seven years.

“Under this law, the DSWD (Department of Social Welfare and Development) will delist a beneficiary from the program after reaching the end of their seventh year, regardless of whether or not they have crossed the poverty threshold,” the auditors said.

Millions of students will be affected

The cap imposed by the Duterte-era law will delist by 2026 millions of elementary and high school students who belong to these poor households.

“Essentially about 2.6 million students [under Grade 6) will no longer receive financial support from the program by CY 2026,” the COA said.

Yet, only 32,331 households were verified to have broken through the poverty threshold when they were evaluated in the last quarter of 2021.

“This shows that achieving breakage of intergenerational poverty is still minimal even when in the past years there was no term limit for being a beneficiary of 4Ps,” the COA report said. “With the term limit, the chances of student-beneficiaries to finish their basic education will be affected.” – Rappler.com