Augusto “Gus” Miclat’s experience as an activist and peace builder in Mindanao during the years of struggle against the Marcos dictatorship grounded him while helping the people of East Timor weather the violence that dogged their struggle for independence.

Miclat, a resident of Davao City, received the Ordem de Timor from East Timor President Jose Ramos Horta on Wednesday, June 22.  He earned the Southeast Asian country’s highest honor “for his contribution to the struggle for national independence,” as convenor of the Asia-Pacific Coalition for East Timor (APCET).

APCET’s secretariat, the Initiatives for International Dialogue (IID) helped form a global coalition to help East Timor activists in their fight for independence against Indonesia’s oppressive, two-decade rule in the country.  The IID won the same award in 2015.

Miclat’s group was on the ground in the homestretch and bloody aftermath of East Timor’s victorious referendum for independence on August 20, 1999.

They also helped in conflict prevention in East Timor, where the Commission for Reception, Truth and Reconciliation post-independence reported at least 102,800 conflict-related deaths between 1974 – when Portugal abandoned its former colony, prompting Indonesia’s invasion “to prevent the spread of communism” – and 1999.

In an exchange of messages with Rappler on Friday, June 24, Miclat recalled being trapped in a house with no water, along with other international observers and activists, three days after the referendum where 80% of voters in a population of 800,000 voted for independence.

The victory of independence advocates, including the incumbent president who won the 1996 Nobel Peace Prize, enraged Indonesia-backed, pro-integration militias, who went on a rampage of killing and destruction.

At the height of the post referendum violence, Miclat was with a Southeast Asian delegation of parliamentarians and activists, including the late Heherson Alvarez, Neric Acosta, Pat Sarenas, Etta Rosales, one legislator from Thailand, plus the IID team.

“Ako nagluluto kung ano man ang available (I cooked whatever food was available). Filipino sisters assigned there came to give what little extra they had,” Miclat said.

He recounted Alvarez wanting to go to the streets for an interview on the first day of the violence.

When they were told to evacuate, they could not find any serviceable vehicle. The nuns brought them to the airport via an ambulance with flat tires.

“We tried to dodge the militias scattered on the street,” Miclat said.

They watched with heavy hearts as Dili burned, the first of a spate of atrocities that killed more than 1,000 East Timorese and forced 300,000 others to flee to West Timor.

They got to the airport in time for the last plane out, but there were no economy seats available.

Even their flight into Dili was nerve-wracking, as they took chartered “old-style Fokker plane” that took three hours to reach their destination instead of the usual one hour and 45 minutes.

“Tapos pina-fasten kami ng seat belt. We did, pero ‘yung upuan hindi naka-fasten sa floor!” he told Rappler. (Then they asked us a fasten our seat belts. We did, but the seats were not fastened to the floor!)

By the time they fled the violence in 1999, Miclat was a veteran observer and supporter of the East Timorese’s struggles. As coordinator of APCET, he authored the 1995 book, Breaking the Silence, a slim but powerful 26-page account – “a scrapbook” of their organization’s work with independence advocates after Indonesia annexed the former Portuguese colony.

With Miclat during the conferment of his honor was his daughter, Maya Sarani, President Horta’s goddaughter, conceived in 1999 at the height of East Timor’s struggle for independence. Her second name means “christening” in the Timorese language.

In many ways, East Timor circa late 1980s to 1990s felt like home for Miclat, who hailed from Davao.

East Timor has a total land area of 14,874 square kilometers, smaller than the Davao Region’s 20,357 sq km. Predominantly Catholic, East Tmor was very poor, with more than half of the population living in poverty as the referendum loomed.

Like Miclat’s island home, Mindanao, and his Davao home region, East Timor had suffered the plunder of natural resources and the marginalization of residents, a combination that helped fuel armed rebellion that saw intellectuals, the religious, peasants, and workers working against an oppressive regime.

“Davao was indeed one of those in the forefront of the anti-dictatorship movement,” Miclat told Rappler in an interview that looked back on the struggle against the late dictator Ferdinand Marcos. “And if I may, also one of the more open to innovation and creativity in combining different types of actions in forwarding the resistance.”

“Davao is a city, but it is bound by mountain ranges and seas, and so you have this immediate link and access to the countryside. So you have the peasants and the workers together. You have informal settlers,” who would soon be joined by church people, students, professionals, including artists, writers, and lawyers.

“The East Timorese population was decimated by almost one fourth of its total during the illegal occupation of its country by Indonesia, who itself suffered a pogrom of more than a million killings perpetrated by the Suharto dictatorship,” Miclat told a UN assembly in 2016.

Mindanao, too, had lost many lives and saw up to an estimated quarter of its Muslim population scattering in several decades, even after the Marcos dictatorship, as government-sponsored takeover of lands birthed conflict and widescale rebellion.

Political scientist Patricio Abinales has noted that of all the main island groups, Mindanao suffered the most number of deaths, arrests, and disappearances.

“It was not just the Moros who suffered from the brutality of the Marcos dictatorship; all of Mindanao suffered,” Abinales wrote in 2016. Miclat was of a generation that helped define the Mindanaoan struggle against Marcos, which also shaped much of the national struggle. 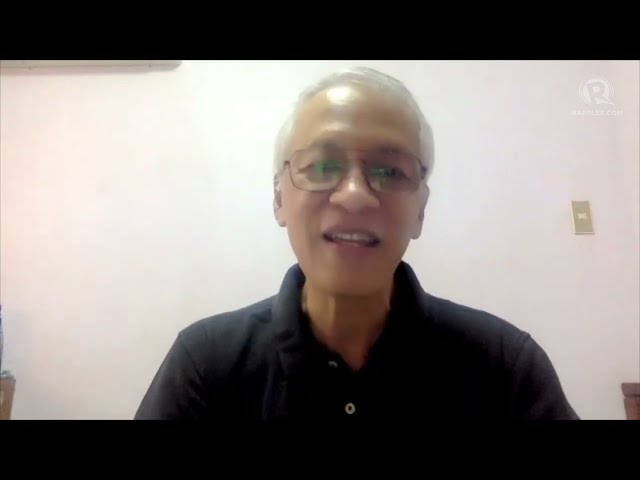 Before joining the IID as co-director in 1988, Miclat was a journalist, a teacher, and worked loosely with church groups that played a role in the anti-dictatorship struggle.

After the 1986 EDSA People Power Revolution ousted the dictatorship, Miclat was executive editor of the Media-Mindanao News Service, editorial training consultant for the Ecumenical Center for Development, and program officer of the Asian Council for People’s Culture.

Much like the Philippines, East Timor has seen ups and downs following its liberation. Miclat continues to help the country navigate current dangers.

“With the new era of armed conflict and violence happening at the moment between nations – and with wars often waged, unjustly, in the name of the people – peacebuilding through people –to- people solidarity remains an imperative strategy” he said in his acceptance speech. “As global wars intensify, we also intensify our call for a just peace and humane society. The democratic future, human rights, and welfare of the people should be at the core of conflict transformation initiatives.” – Rappler.com