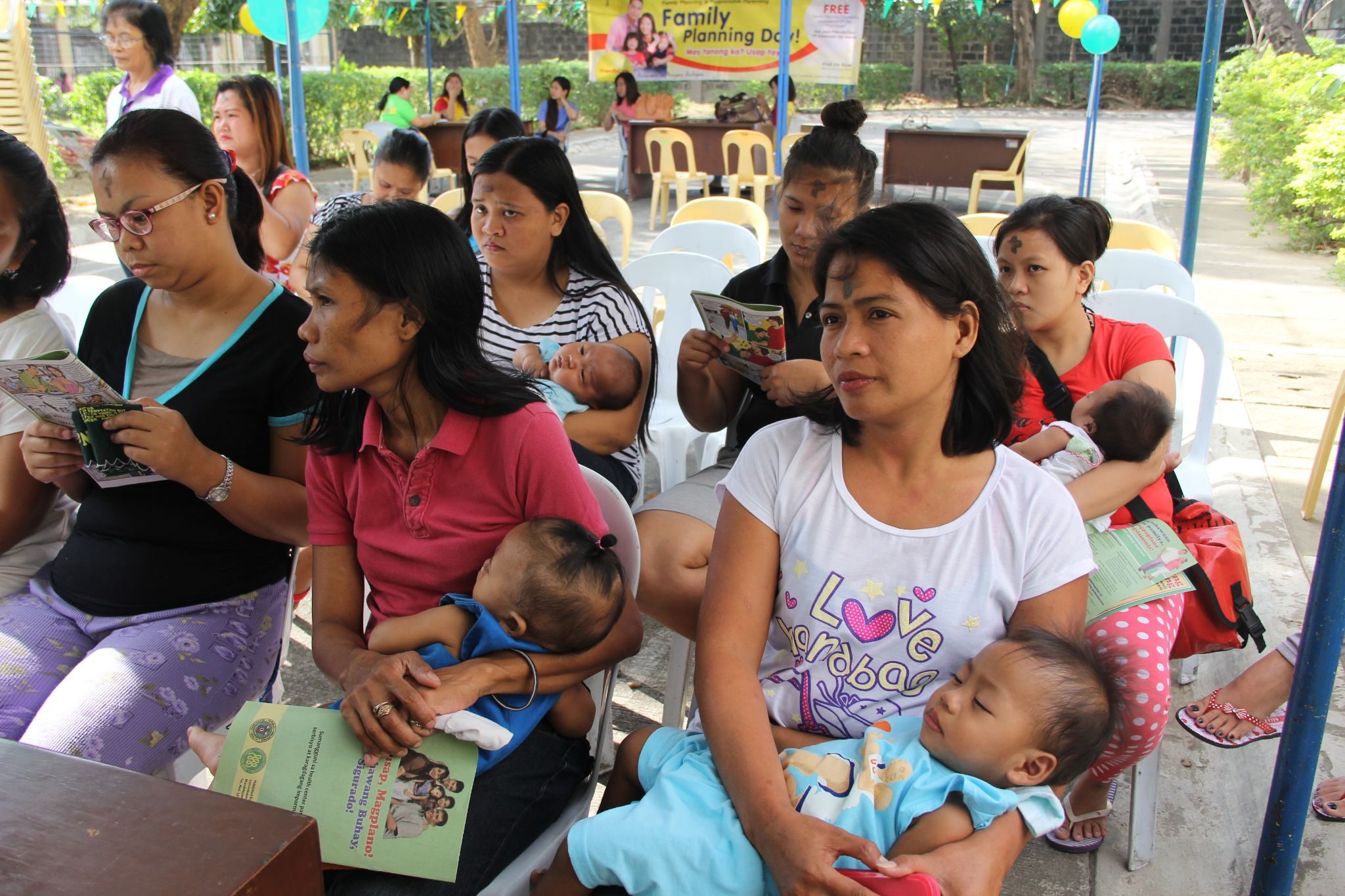 MOTHERS. Many Filipino women still bear the burden of solely tending to their children, more so when it comes to planning for their families, according to the Philippines' Commission on Population (POPCOM).

Facebook Twitter Copy URL
Copied
Groups advocating for women's health say the government must be accountable for the insufficient access to women's healthcare, especially during the pandemic

MANILA, Philippines – As a new government is set to assume office in the Philippines by the end of June, women’s health advocates renewed their calls for elected officials to uphold women’s rights to access healthcare – a prevailing issue that has been exacerbated by the coronavirus pandemic.

In commemorating the International Day of Action for Women’s Health on Saturday, May 28, the Philippine Safe Abortion Advocacy Network (PINSAN) heightened its call to “preserve and respect women’s rights.”

PINSAN said that the fight for better healthcare for women did not “begin and end with demanding accessible and pro-people” medical services – these demands are anchored on basic human rights.

“Those who choose to speak out should not live in fear of ridicule and even arrest. People’s demands should be met with accountability, and not grinding bureaucracy and corruption,” the nongovernmental organization (NGO) said.

“PINSAN is calling upon the incoming administration to respect, protect, and fulfill human rights as enshrined in international and national laws and policies, as well as uphold its duties as elected public servants,” it added.

PINSAN cited its demand to decriminalize abortion in the Philippines, which remains contentious and stigmatized. The country’s restrictive abortion law has not stopped women from trying to induce them, where they – especially the poor – are left with unsafe methods.

“Not only are women stripped of their bodily autonomy, they too are stripped of rights to healthcare. Unfortunately, these often unsafe and unsanitary conditions result in thousands of preventable deaths annually,” PINSAN said.

According to the University of the Philippines Population Institute, there were 1.26 million induced abortions in the country in 2020 – a vast increase from 2012’s 600,000. In 2012, about two-thirds of the women who underwent the procedure were poor, PINSAN said.

“The situation is clear, and bleak: while the women of the Philippines suffer from an overall lack of access to sexual health, sexual education, and healthcare in general, the poor disproportionately bear the brunt of the country’s deficient women’s health services,” said PINSAN, asserting that women’s health is a fundamental right.

Meanwhile, the University of the Philippines Diliman (UPD) Gender Office outlined gendered issues the government has yet to address.

(As we recover from the pandemic, we must continue to hold the government accountable for failing to provide solutions for gendered issues citizens face, especially among women.)

In its call for action, international NGO Women’s Global Network for Reproductive Rights (WGNRR) called on governments in general to recognize sexual and reproductive health rights as essential in post-pandemic recovery.

WGNRR also called on governments and global institutions to recognize the intersectionality – or how issues spill over into each other – of women’s health. This includes the need to combat disinformation on abortion, gender, and sexuality; and building peace to strengthen solidarities based on rights.

“We will take our lessons from the pandemic and assert the rights based approach to women’s health and sexual and reproductive health and rights for all, which means empowering everyone to make choices over their bodies, health, and lives free from discrimination, stigma, and violence,” the WGNRR said. – Rappler.com