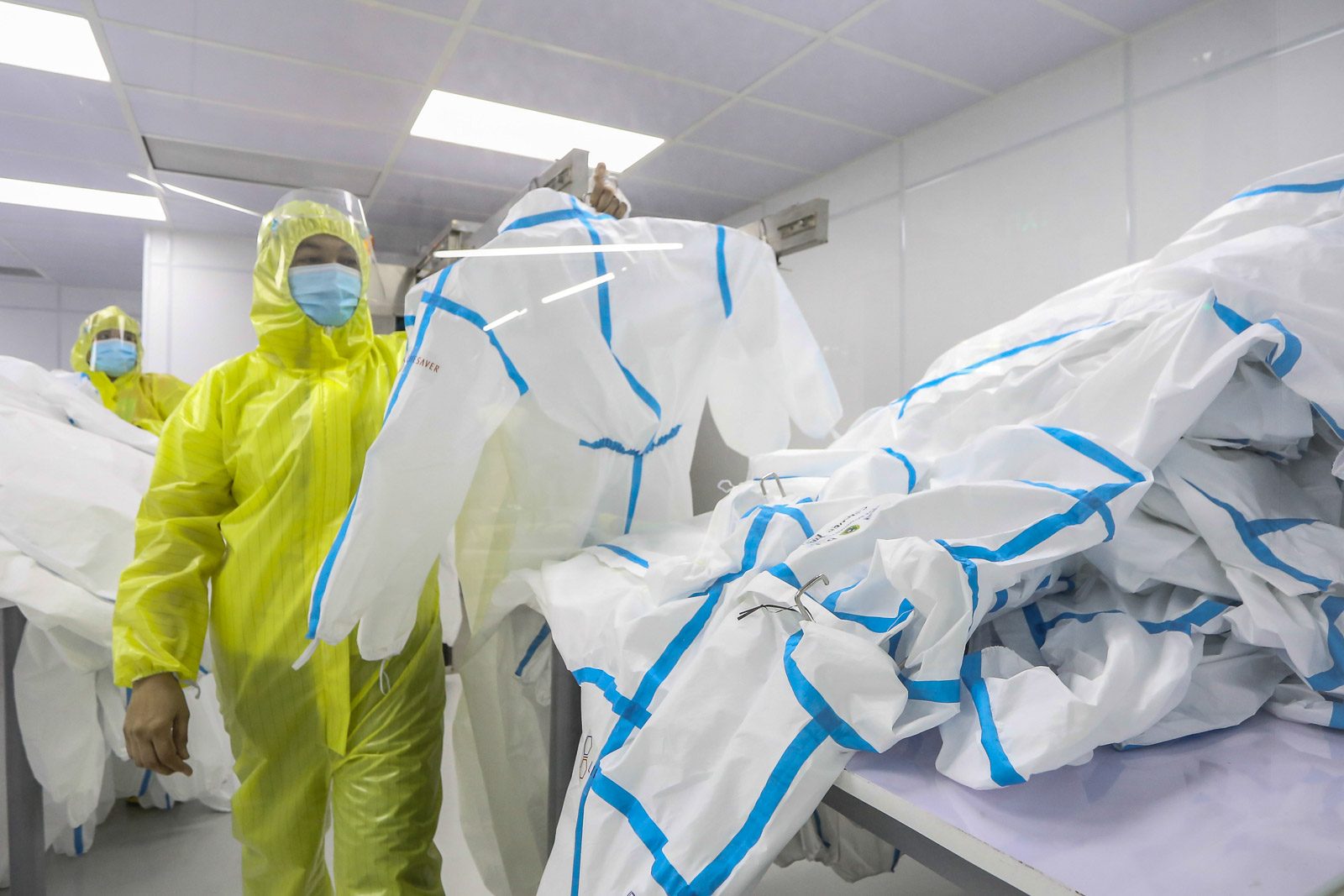 LOCAL PRODUCERS. Workers from Reliance Producers Cooperatives manufacture protective coveralls at their factory in Carmona, Cavite on Friday, September 25, 2020. The government has called on institutions and organization to buy medical-grade masks and coveralls from Philippine-based companies who produce these pandemic items.

Facebook Twitter Copy URL
Copied
(UPDATED) The opposition senator says 3 of 11 PPE supply contracts fell within a price freeze by the Department of Health, bolstering her assertion that the procurements were overpriced

Senator Risa Hontiveros on Tuesday, September 29, detailed 11 government supply contracts for personal protective equipment (PPE), saying that they must have been overpriced by more than P1 billion.

The contracts covered PPE procurements by the government in April and May.

The opposition senator noted that only 4 of the contracts were with Filipino suppliers, while the rest were with Chinese companies. She questioned this apparent preference for foreign sources when there were viable local suppliers available.

Three of the supply contracts fell within a price freeze imposed by the Department of Health (DOH) from March 23 to April 13, Hontiveros said. During this period, a PPE set could only cost a maximum of P945. The prices of the 3 contracts during the price freeze significantly exceeded the ceiling amount.

Below is a list of the 11 suppliers named in the contracts, copies of which were given by Hontiveros to reporters:

These contracts are worth a total of about P9.2 billion.

Hontiveros noted that a local company, Hafid N’ Erasmus, offered PPE sets at the lowest price among the 11 suppliers.

“However, the DBM (Department of Budget and Management) signed more contracts with Chinese companies, whose costs were higher,” said a statement from Hontiveros’ office.

A Bataan-based company, Medtex, was reported as able to produce two million face masks monthly as early as February 6, and its sister company Medtec Group produces PPE, the senator pointed out.

Hontiveros earlier flagged that collectively, these PPE procurements may have been overpriced by at least P1 billion, based on the lowest stated price of P1,700. She said this was a “conservative estimate,” as local companies could have offered PPE sets for as low as P1,000.

“Mukhang mas malaki at mas malalim pa ang pangungupit (It looks like the pocketing of funds was bigger and deeper),” the senator said. If so, then the money lost could have been used to buy more PPE sets or distributed as aid to poor Filipinos who’ve lost their income because of the pandemic.

Hontiveros earlier led a resolution by several senators calling for a special audit of the government’s spending for the COVID-19 pandemic.

“We have so many questions for the DBM, and again, we do need answers to better inform our budget deliberations in the Senate,” she said on Tuesday.

The opposition lawmaker said the audit of COVID-19 funds should begin immediately, covering not just these “suspicious” PPE procurements, but all of government spending on its pandemic response.

The Procurement Service of the DBM (PS-DBM) on Tuesday responded to Hontiveros’ statement that the PPE procured in April and May were overpriced. It called the allegation “baseless.”

“All Notices of Award of the PS-DBM have been made public and we believe that the documents are evident,” the PS-DBM said in a statement.

The agency has sent a “formal communication” to Hontiveros’ office, requesting for a copy of “the basis of her supposed findings of overpricing.”

“This is also so we can validate her allegations,” the PS-DBM said, adding they had not yet received a reply from the senator’s office.

“Our office operates with utmost transparency and we have cooperated for any request of inquiry. However, we are distressed as this issue on PPE procurement has become political in nature. Our interest is transparency and not politics,” the PS-DBM said.

Reiterating a “baseless allegation” does not make it legitimate but only makes it “absurd and nonsensical,” the agency added. – Rappler.com